Apple, Amazon, And Google Want To Standardize Your Smart Home 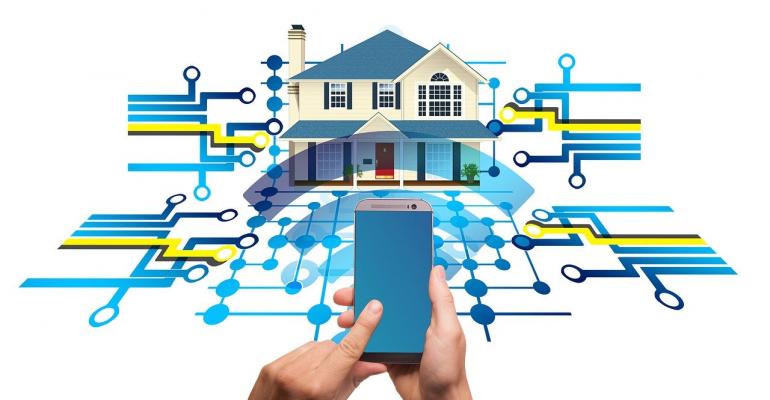 The Zigbee Alliance has brought some big names to its Connected Home over IP (CHIP) working group. But can tech giants play nice for the sake of creating a standard protocol for smart home devices?

Interoperability issues have always been at the forefront of the ever-expanding Internet of Things (IoT). While there will always be brand loyalists and evangelists out there, the reality is that it's simply unrealistic to expect a factory, office, or even a household to construct its entire IoT ecosystem with only one company's devices and protocols.

The Zigbee Alliance recently announced that it has brought together some tech giants, including Apple, Amazon, and Google to form a new working group, the Connected Home over IP (or CHIP) project, to develop and promote a new, royalty-free and secure connectivity standard for smart home products.

“The project is built around a shared belief that smart home devices should be secure, reliable, and seamless to use,” the Zigbee Allliance said in an official statement. “By building upon Internet Protocol (IP), the project aims to enable communication across smart home devices, mobile apps, and cloud services and to define a specific set of IP-based networking technologies for device certification.”

The Zigbee Alliance, which includes companies such as NXP Semiconductors, Samsung SmartThings, Schneider Electric, and IKEA, believes that leveraging smart home products from Apple, Google, and Amazon – products based on Apple's Siri, Google Assistant, and Amazon's Alexa respectively – will accelerate the development of this new protocol and make it easier for third-party device manufacturers to create smart home products that are more universally accessible for consumers.

Apple hasn't pushed its smart home products as heavily as Google and Amazon has (Do you know anyone with a iHome ISP6X Smart Plug?), but the list of third-party devices compatible with HomeKit covers the gamut from thermostats and locks to faucets, garage doors, lights, and sprinkler systems. By open-sourcing parts of HomeKit, Apple is likely hoping to attract more developers to its technologies and gain some ground on Amazon and Google.

In a blog post Google said it will be bringing technologies from its OpenWeave project as well as its expertise in IP-carrying, low-powered mesh networking protocols to the table. OpenWeave is an open-source implementation of the network application layer behind Google's Nest line of products which include thermostats, cameras, doorbells, alarms, and locks.

Google engineers wrote that the company's interest in the CHIP project stems from the potential to do for the smart home what USB has done for devices – creating an easily accessible, secure, and universal solution for devices and cloud services.

“Because of the unique ability for IP to bring together disparate network technologies, it provides an ideal platform for convergence in the helpful home,” Google engineers wrote. “Further, rather than requiring product and application-specific infrastructure, IP-based solutions can leverage off-the-shelf network infrastructure than can be shared across many applications and products. This helps reduce the mess of wires and pucks spawned by gateways and hubs common in many smart home solutions today.”

Further, Google believes the approach being taken by the CHIP project will enhance overall cybersecurity by reducing points of attack. A common concern in the march toward one trillion devices has been the potential to create one trillion nodes through which malicious hackers can launch cyberattacks.

Amazon has yet to comment on its specific contributions to CHIP, but it is likely the company will be allowing developers some sort of open-source access to its Amazon Web Services and Alexa skills.

This new working group makes perfect sense, given that Apple, Google, and Amazon essentially make up the totality of the smart home products market. Every smart home device takes advantage of software and services offered by at least one of these companies.

But have three of tech's biggest competitors agreed to play nice for the sake of consumers? It's not likely that any of this is being done simply for the common good. So what's the real incentive behind this collaboration?

“It's true that some devices can communicate with both Alexa and Google Assistant, but only because the manufacturer of those products chose to include support for both. The products are essentially bilingual. There's added expense in development time, test time, and consumer support time to make a product support two or even three or more different protocols; to speak multiple languages,” Robert Bajoras, president of software development company, Art+Logic, told Design News. “Adopting a standard means you only have to build one solution, test one solution, and support one solution.”

Art+Logic has been developing custom software since 1991 and has boasted Google and Apple among its diverse list of clients. Bajoras believes what we're seeing is more of truce than a true partnership, and it's one centered around cost cutting. “The engineer in me would like to say the incentive is because it's technically better to have a common standard, but there's a cost savings to it. Cooperating costs less than fighting,” he said.

“Historically, most decisions related to consumer facing technology have been decided on by competition,” Bajoras added. “It's more about product promotion, advertising, and marketing. Sometimes the best solution wins, but often the company or consortium with the most advertising dollars wins.”

He recalled the old battle between Betamax and VHS as an example. While knowledgable users and enthusiasts knew that Betamax was superior to VHS, it was VHS that eventually won the war due to marketing forces. “When JVC decided to license the VHS format they effectively created a consortium that Sony couldn't compete against.  By the time Sony decided to license their format it was too late,” Bajoras said. The same thing happened again recently in the war between HD-DVD and BluRay...You can look at your own movie shelf or check out your local video store to see which technology won in that case.

“We've been in the middle of a similar competition between smart home technologies,” Bajoras said. “Competing technologies that are incompatible have been fighting for adoption. If history provides any insight, we know that competition would continue until one technology emerged as the clear winner. Then, like all the discarded Betamax players and HD-DVD players, consumers that made the wrong choice would be left holding obsolete products.  But, this time it's different.  A truce between the competing technologies is being drafted before a winner has emerged.”