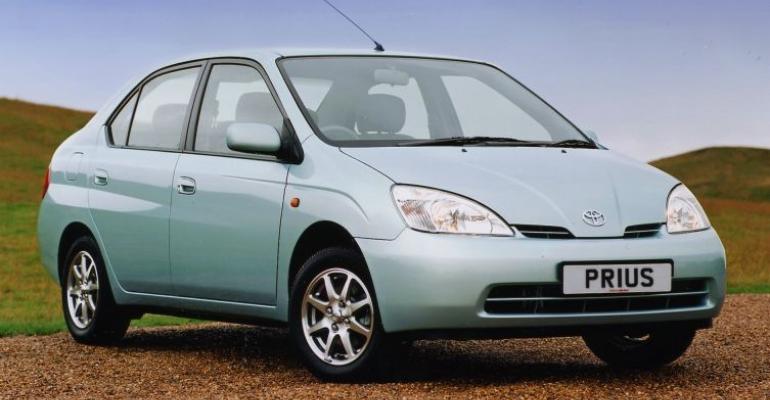 Start Slideshow ›
<p> </p><p><strong>Introduction</strong></p><p>Gasoline electric hybrid vehicles have been available for more than 20 years, beginning with the launch of the Toyota Prius in 1997, and the Honda Insight in 1999. Since that time the Prius became a symbol of environmental awareness as more than 4.4 million of the model have been sold worldwide. But sales of the Prius have been dropping lately—it faces competition from other hybrids and its luster as the car for eco-friendly “greens” has is being tarnished by the new, all-electric Tesla Model 3.</p><p>Hybrids use a combination of a gasoline engine and electric drive to increase both fuel economy and performance. By storing energy during braking or coasting downhill in an onboard battery, and giving it back when accelerating, a hybrid improves efficiency by a noticeable amount. Because the battery doesn’t need to be as large as it does in a fully battery electric vehicle, the costs can be less and hybrids don’t necessarily require charging from the grid, making them attractive as a transition to the eventual full electrification of the transportation system.</p><p>For these reasons, hybrids have become popular and are available from a number of manufacturers. What’s more, unlike the unique styling of the Prius that screams its hybrid status, many hybrid systems are now integrated as an option into the gasoline version of a vehicle. Nothing to see here folks…</p><p>If you notice a lack of crossovers and sport-utility vehicles, that’s because the best fuel economy ratings from those higher profile offerings is 39 mpg (Toyota RAV4 Hybrid, Lexus UX250h Hybrid).</p><p>Here then is a list of the most fuel-efficient, over 40 mpg, 2019 model-year, hybrid vehicles that you can buy in the US. We have listed them in decreasing order of their EPA Combined fuel economy.</p><p><em>Senior Editor Kevin Clemens has been writing about energy, automotive, and transportation topics for more than 30 years. He has masters degrees in Materials Engineering and Environmental Education and a doctorate degree in Mechanical Engineering, specializing in aerodynamics. He has set several world land speed records on electric motorcycles that he built in his workshop.</em></p><p><em>(Image Source: Toyota)  </em></p>
Here are a group of new cars that will deliver more than 40 mpg without asking you to give up a thing.