Technology is gaining more attention as these natural and man-made disasters occur with increasing regularity. One area of innovative focus is in the improvement of predictive software to help stop fires before they begin. Promising technology development is occurring in such categories as artificial intelligence (AI), data management, communication, robotics, and high-resolution observation and mapping software.

Successfully predicting a fire’s path in real-time would help fire managers improve resource allocation and the actions of firefighters. One example of such software is WIFIRE, an NSF-funded project used by the University of California San Diego, which was designed for real-time prediction of a wildfire’s path. This knowledge will allow firefighters to clear a fire path and contain it. The WIFIRE system was deployed as part of a fire-intelligence pilot program in September 2019. It was used to fight all Southern California fires last fall.

As with any useful simulation models, the wider the range of variables and data, the better the predictions. For example, the US Forest service uses several models to access the fire risk within a certain area. Some of these models are based on data concerning the distribution and types of trees, bushes and other organic ground cover, and on construction materials used in an area. Most of this data can be collected by satellites and aircraft, but rangers and fire crews still need to contribute details from the ground.

Once the type and amount of combustible material is known, additional data can be integrated into the model, e.g., data on rainfall, snowfall, sunshine, temperature, and the like. RHESSys, developed at the University of California, Santa Barbara, is one such model that incorporates fuel- and moisture-data to determine the best areas to cut down trees and bulldoze fire breaks.

Other predictive models help firefighters determine the dispersion of smoke from a fire or group of fires. For example, the US National Oceanic and Atmospheric Administration’s (NOAA) Smoke Forecasting System integrates satellite and other information on the location of wildfires. When combined with a smoke dispersion simulation program such as the HYSPLIT model, the NOAA system can provide a daily prediction of smoke transport and concentration. The model also incorporates U.S. Forest Service estimates for wildfire smoke emissions based on vegetation cover. According to the NOAA website, this system is intended as guidance to air quality forecasters and the public for fine particulate matter emitted from large wildfires and agricultural burning which can elevate particulate concentrations to unhealthy levels.

AI and machine learning (ML) techniques are being combined with data models and simulations to help determine the most lightly place where fires will break out. Additional research is underway to use neural networks to forecast the occurrence and spread of wildfires up to one year in advance of the actual fire. 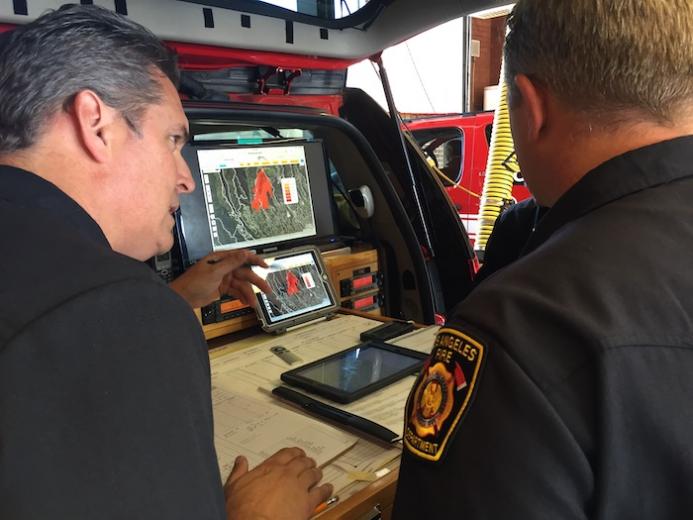 Next Up
A Glimpse at Toyota's Robot-Amplified Future
Start Slideshow ›