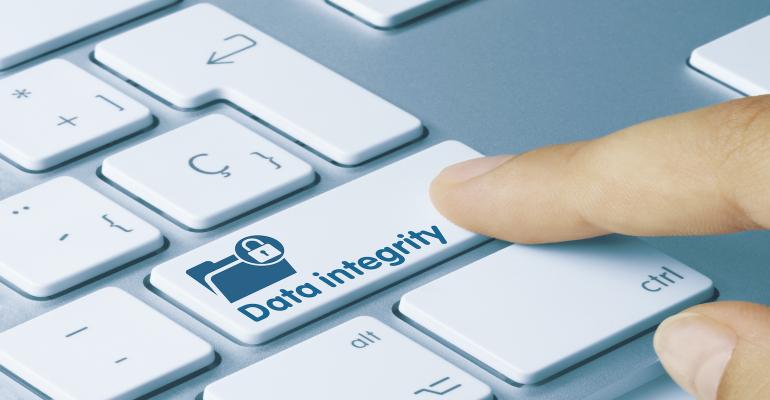 How do you validate sensor and communication data to ensure data integrity in embedded systems?

Software engineers have a bad habit of being very optimistic. This optimism often doesn’t just include their calculation on how long it will take for a specific task to be completed but also on potential failure modes for their system. If it works on the bench, the assumption is that it will also work in the field, no matter whether that field is on a noisy manufacturing floor or orbiting the Earth. Unfortunately, these assumptions are optimistic and one of the biggest ones is that data is always valid. I once worked on a project where data coming from a sensor was being corrupted and there was no way to verify whether the sensor data was correct.

Today’s post will look at several ways that developers can hope for the best and assume the worst when it comes to data integrity.

Parity is a data integrity mechanism that looks at the number of ones in a data stream and will then adjust a parity bit to make the overall number of ones either odd or even. For example, let’s say that a sensor transmits a data message that is 16-bits wide and is odd parity. One of the bits, usually the least significant bit (LSB) will be used to set the parity. If the data that will be sent out is:

Parity works well for detecting single bit flips. If a zero becomes one or a one becomes zero then the parity error can be detected. However, if two or more bits flip, it’s possible the error would go undetected. For that case, a more robust technique is required.

It’s important to realize that all checksums are not created equal and can detect different errors. For example, one checksum may be able to detect that a single bit has changed but a different checksum may be able to detect if several bits change simultaneously. Just because a checksum is found to match does not guarantee that there are no errors in the data! Checksums are also good at detecting random errors but are not necessarily going to detect intentional changes such as from someone trying to compromise the system. Developers need to carefully select the checksum that they choose to use for their application.

There are plenty out there, so we won’t go into details here but one of my personal favorites for use on a microcontroller is the Fletcher16 checksum.

A CRC is actually a checksum, but it is a very special type of checksum. A CRC is a checksum that uses polynomial division to calculate the checksum. As you can imagine, on an embedded system, especially a microcontroller-based embedded system, performing polynomial division is computationally expensive! There are added benefits though in that a CRC can detect a larger range of errors than simpler checksums. CRC is so effective that many microcontroller vendors will include a hardware-based CRC calculator to allow a developer to use a CRC efficiently. Unfortunately, it is very hit and miss as to whether it is included or not, so developers need to carefully read their microcontrollers datasheet.

In a world of ever-growing data collection and analysis, it’s important to realize that our systems can’t trust every bit of data that comes across a bus. Electromagnetic interference, cosmic rays, and other sources can cause bits to flip and become corrupted. Without some mechanism in place to detect those bit flips, it is possible that the data will be acted upon and while in many circumstances this won’t be a big deal, there are times where it could be catastrophic to the system. The three techniques we discussed today are simple and easy to implement and provide a simple sanity check on all the data going into and out of a system.