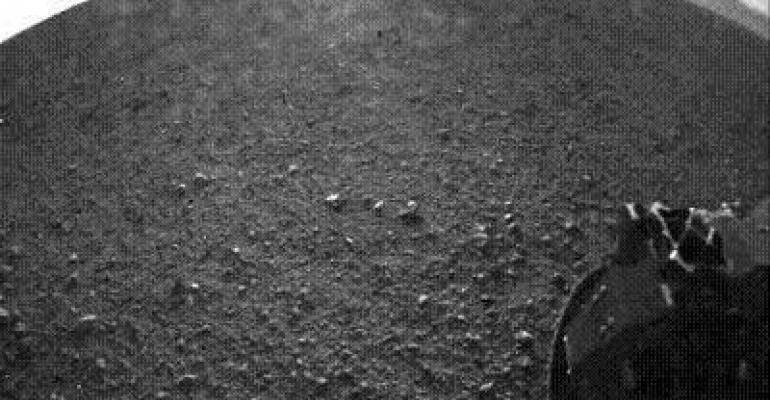 The Curiosity rover has landed in the lowlands of Mars.

The Mars Science Laboratory (MSL) spacecraft carrying the 1-ton rover reached the surface at Gale Crater today at about 1:32 a.m. ET. Shortly before Curiosity's entry, descent, and landing, Adam Steltzner, head of NASA's Jet Propulsion Laboratory's Mars landing team, told mission controllers: "She's there because you guys got her there."

"We have wheels down on Mars," JPL mission control confirmed as the first photos came in from Gale Crater. 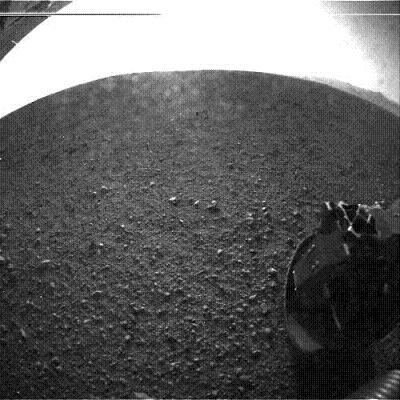 Stressing the importance of teamwork in getting Curiosity to Gale Crater, Steltzner said after the landing, "I am terribly humbled by this experience." Referring to the engineers who designed the risky sky crane technique, he added, "Thank you to the blue shirts."

"It doesn't get any better than this," NASA administrator Charles Bolden said in the moments after the successful landing. Mission controllers were pacing nervously in the moments before touchdown as the MSL spacecraft maneuvered toward the surface using a sky crane landing technique for the first time.

NASA said Curiosity carries 10 science instruments with a total mass 15 times as large as the science payloads on the Mars rovers Spirit and Opportunity. Some of the tools are the first of their kind on Mars, including a laser-firing instrument for checking elemental composition of rocks from a distance. Curiosity will explore Gale Crater and the sides of its peak, Mt. Sharp, for signs that the region ever harbored conditions favorable for microbial life.

John Grotzinger, the MSL project scientist overseeing Curiosity's surface activities, said commissioning activities aboard Curiosity will take several weeks as engineers check out its systems. Mission managers will begin using Curiosity's scientific instruments over the next few months before the rover starts making its way toward Mt. Sharp, the distinctive peak of Gale Crater. "We're in no hurry," added Pete Theisinger, the Mars Science Laboratory project manager. "We have a priceless national asset" on Mars.