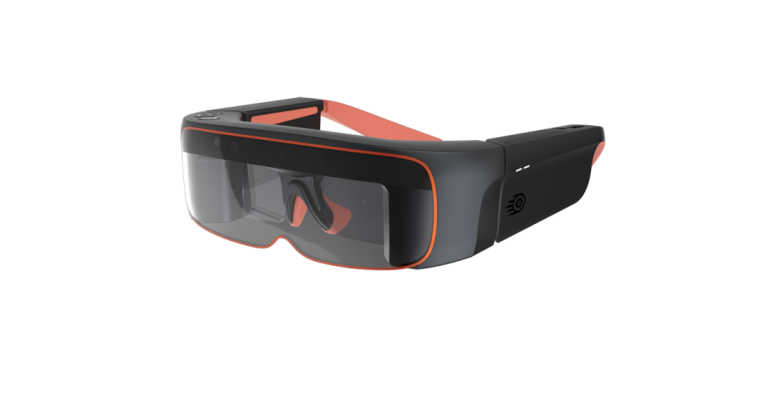 The latest mixed reality (MR) glasses from ThirdEye Gen are 5G-enabled. The company's X2 Glasses, which first debuted at CES 2019, are now widely available and feature 5G mobile edge computing capability. The X2 Glasses are the culmination of a partnership between ThirdEye Gen and Verizon, under which ThirdEye Gen was allowed to develop the X2's 5G capability on Verizon's expanding 5G network.

As an enterprise-focused product, the increased bandwidth and reduced latency of 5G connectivity holds promise in enhancing the glasses' functionality in manufacturing and design spaces – where large amounts of information often need to be transferred very quickly. Of course right now there have been no wide-scale deployments of 5G outside of test markets. So ThirdEye is likely looking to take advantage of early adopters who are conducting their own 5G implementations and to position itself as a leader once 5G reaches a wider rollout across industries.

In addition to connectivity, ThirdEye Gen is also tackling one of the biggest complaints in MR and augmented reality with the X2 Glasses – weight. At 9.8 ounces, ThirdEye says the X2 Glasses are “the world's smallest MR glasses.” The lighter weight should go a long way in improving comfort as well as mobility in wearing the glasses. Warehouse workers can wear them for longer periods and avoid muscle strain, for example, and in repair and installation applications technicians can enjoy more comfort and the freedom of having both hands available.

The X2 is an all-in-one (no wires or tethering pack) platform running on the Android OS – meaning it can support a healthy ecosystem of third-party apps. The X2 Glasses feature a 42-degree field of view; sensors for thermal, ambient light, and flashlight; two grey-scale cameras; a 13-megapixel HD RBG camera; and 3-axis gyroscope, accelerometer, and compasses. The MR glasses run on a Qualcomm Snapdragon XR1, the same processor behind the Google Glass Enterprise Edition 2.

ThirdEye Gen has also implemented a proprietary simultaneous localization and mapping (SLAM) system, called VisionEye SLAM, into the glasses for tracking the wearer's position. SLAM technology is the same technology used by autonomous cars for positioning and can enable MR glasses to perform advanced features such as position-based modeling and overlay in CAD applications. The company says VisionEye SLAM is an all-in-one solution with dynamic occlusion, visual odometry tracking, and environment meshing-domination plane detection – meaning the glasses can provide six degree of freedom (6DoF) tracking in both indoor and outdoor environments.

“Our goal is to become the most recognizable smart glasses in the AR and MR industry, and so far we’ve created the widest field of view in the smallest form factor possible,” Nick Cherukuri, Founder of ThirdEye Gen, said in a press statement. “...We are giving workers all across the enterprise the opportunity to really elevate their level of work.”

Correction: ThirdEye Gen has updated the specs to the X2 Glasses. The weight was previously identified as 6 ounces. It is actually 9.8 ounces.