We've seen report after report showing steady growth in cloud-based CAD tools as well as exploding expansion of 3D printing. Now we have data on adoption to back up these growth claims. Business Advantage Group has released its 2015 Annual CAD Trends Survey showing current and future adoption of computer design software.

While cloud services and 3D printing show increased adoption, both current and planned, other growth areas include a sharp ramp-up of PLM services -- 19% increase in use this year, and 43% growth expected in three to five years. Mobile CAD is also growing, with its fastest uptake occurring in North America. The use of simulation is also booming.

The survey was completed by 635 professionals from around the world in late 2014. The results cover 15 trends, including 3D modeling, building information modeling (BIM), cloud-based CAD, simulation, 3D Printing, and open-source CAD. These were ranked by awareness, importance, and current and intended adoption. 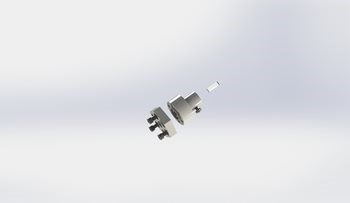 Here are some of the 2015 CAD adoption trends:

The survey found that just over half of respondents had upgraded, changed, or added to their CAD in the past 12 months. Most respondents use workstations, desktop PCs, or laptops. While mobile tools are trending up, only 20% of respondents are connecting via mobile workstations. Mobile phone CAD use is 2%. The most-used CAD software packages were AutoCAD, SolidWorks, and PTC Creo.

MORE FROM DESIGN NEWS: Design Tools Get Comfortable in the Cloud