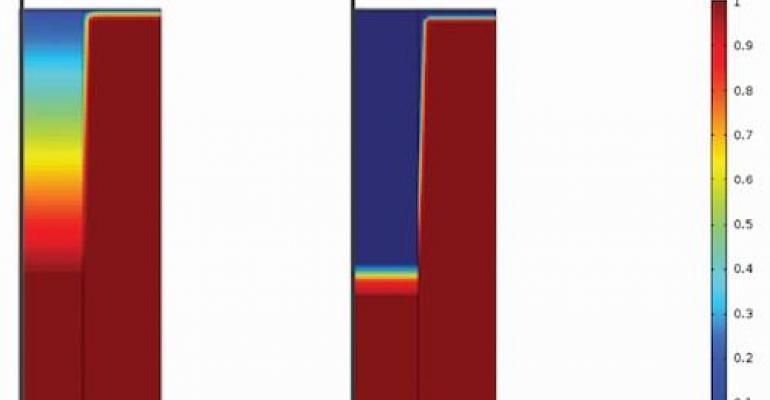 Treating arteries in the heart that have been blocked by plaque is a common challenge for medical professionals. Known as stenosis, this condition restricts blood flow to the heart, resulting in symptoms such as shortness of breath and chest pain. It is sometimes resolved using stents, which are small, mesh-like tubular structures designed to treat blocked arteries. They are usually placed in the coronary artery and expanded with a balloon catheter to keep the artery open, as depicted in Figure 1.

While stents are successful at holding arteries open, an artery can re-narrow because of excessive tissue growth over the stent. This is called restenosis and is the body's natural healing response, but it can actually impede recovery. Thus, drug-eluting stents were developed to deliver medicine -- which acts to reduce cell proliferation and prevent the unwanted growth -- into the artery tissue. These contain a coating composed of medicine and a polymer matrix designed to provide a controlled delivery; each strand of the stent mesh is surrounded by this coating (see Figure 1C). Stent designs have improved dramatically in recent years in an effort to reduce restenosis rates, but much remains unknown regarding the release process.

Drug release behavior
Travis Schauer, Ismail Guler, and a team of other engineers at Boston Scientific, a company that develops devices and technologies to diagnose and treat a wide range of medical conditions, have sought to better understand the mechanism of medicine release with computer simulation. Using COMSOL Multiphysics, they have modeled a stent coating to investigate the release profile (the rate at which the medicine diffuses out of the coating and into the vessel tissue) and the influencing factors. They used the Optimization Module in COMSOL to fit their simulation as closely as possible to experimental data curves. "By gaining knowledge of the underlying mechanisms and microstructure of the coating, we are able to understand the release process and tailor it to achieve a desired profile," Schauer said. Ultimately, this may lead to a level of control over the release that has until now been impossible.