HomeDesign SoftwareRaspiRobot Board Rapidly Builds Robots and Visual Displays
Recent
Design Software
Using Low-Code/No-Code Systems for Manufacturing Quality
May 19, 2022
Los Angeles Fire Department Deploys Nation’s First Electric Fire Truck
May 19, 2022
Supplier News Looks at an Automated Coolant Management System
May 19, 2022
Is Magneto the Hero We Need to Destroy Blood Clots?
May 19, 2022
POLL
Using AI To Help the Deaf Communicate
May 19, 2022
Argo AI Expands Driverless Operation to Austin and Miami in Search of More Challenges
May 18, 2022
12 Ideas that Could Change the World
May 18, 2022
Making the AC Power Main Intelligent
May 18, 2022 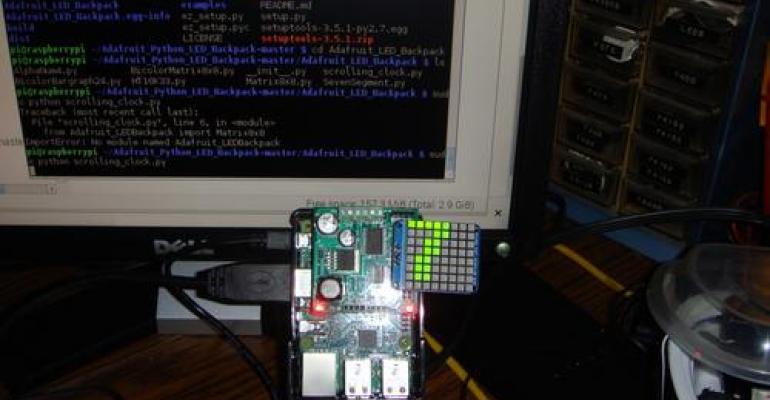 In my Design News Continuing Education Center web course, titled Building Raspberry Pi Controllers with Python, sponsored by Digi-Key, I introduced expansion board called the RaspiRobot Board (RRB). The RRB was designed and developed by prolific electronics DIY maker and book author Simon Monk to alleviate the task of building a specialized Raspberry Pi electronics controller for robotics and visual display applications. The RRB provides a wealth of onboard electronics I/O interfaces that can easily be programmed using the Python language. 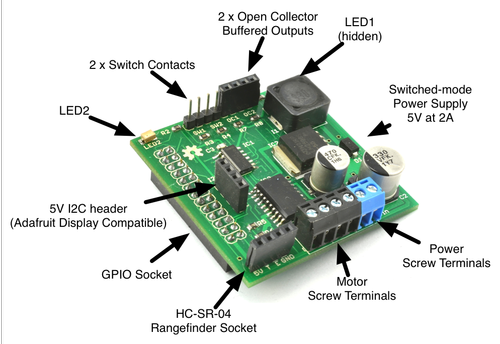 The IC can source up to 600 mA of current per channel, allowing it to operate two 3-6 VDC motors or one stepper motor. The DC motors can be controlled together or independently using the Python RRB library Monk developed. In addition, motor speed control is accomplished using the RRB library, as well. Below are two RRB Python example instructions for controlling the speed of two DC motors.

Also, the RRB has an I2C (inter-integrated circuit) female header connector, allowing other I2C compliant devices to be operated by the expansion board. I discussed in my webcast how an 8-by-8 Bicolor LED matrix with an Adafruit backpack can be attached to the I2C connector.

The onboard LEDs can also be operated using the Python language, along with two open collector output pins for controlling devices like electromechanical relays or solenoids with an external power supply. Two switch contact pins allow digital switches or sensors to be attached to your robot or mini motion controller application. Last, if non-contact objection detection is a requirement for your robot, the RRB has an ultrasonic range finder header connector for attaching a Parallax or compatible ping sensor to the expansion board. Again, these peripheral devices can be programmed using Python. 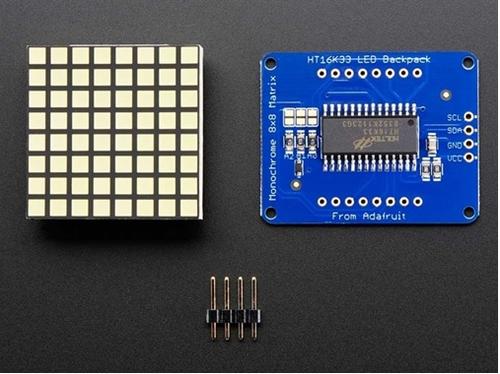 Besides controlling robotic devices, the RRB can be used in creating interactive visual displays as well. The onboard I2C serial header connector allows various LED matrices to be attached easily to the RRB. 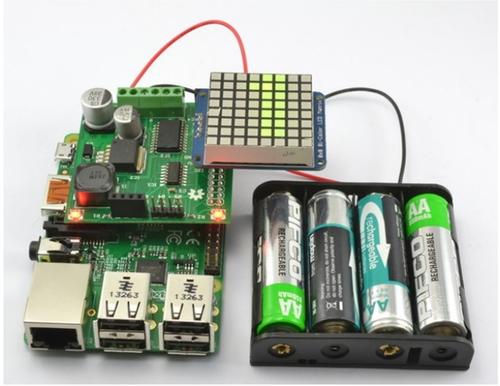 The LED Backpack provides a two-wire attachment to the RRB, thus minimizing the amount of connected wires to the matrix display. One awesome project you can build with an 8-by-8 LED matrix – LED Backpack is a scrolling clock. This time piece illustrates the versatility of the RRB for creating visual displays with the RRB. Complete details for this project along with mini RRB labs can be obtained from the Design News Continuing Education Center webcast archives library. 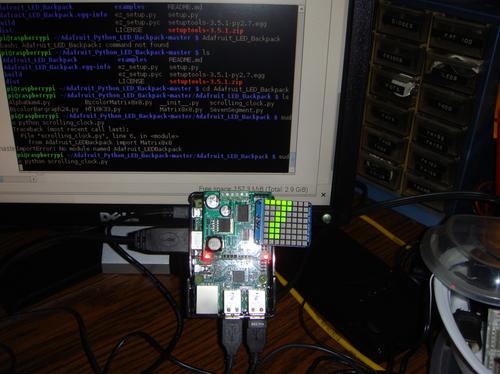