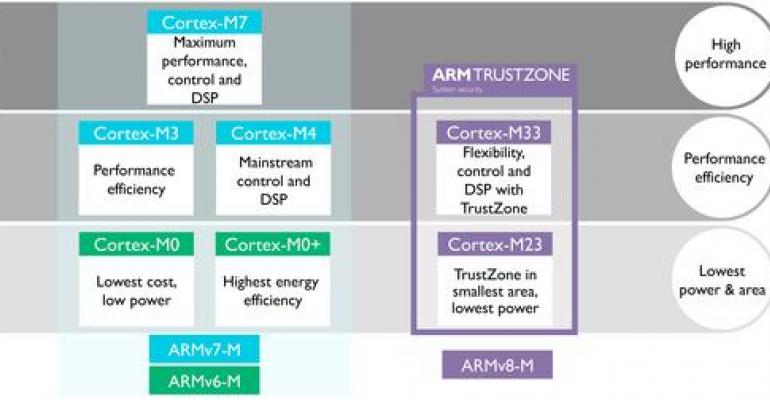 Days after a massive, distributed denial-of-service attack took down dozens of major websites around the country, ARM Holdings plc is rolling out a pair of new processor architectures aimed at shoring up Internet of Things (IoT) security.

The ARM Cortex-M23 and -M33 are the first of a family of new processors that bring ARM's well-known TrustZone technology to the small devices often used in IoT applications. "What ARM is doing with this announcement is they are bringing out capabilities that enable you to lock certain applications in a safe, secure space," Bob O'Donnell, founder of Technalysis Research LLC, told Design News. "And they are aiming those capabilities at low-power, low-cost devices." 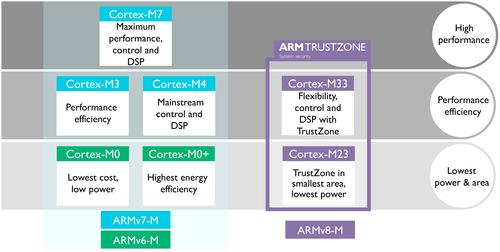 ARM's announcement, made this morning at ARM TechCon in Santa Clara, Calif., comes at a time when many industry experts believe that IoT security is woefully under-addressed. Last week's distributed denial-of-service attack served as an example of the IoT's vulnerability. It affected such giants as Twitter and Amazon, and was described as an "IoT botnet" attack.

ARM's Cortex-M23 and -M33 introduction place ARM in a position to help boost IoT security, because it enables the company's products to serve as a backbone for the inexpensive chips commonly used on the IoT. "A lot of these IoT devices don't need a big, fancy CPU," O'Donnell said. "They just need a simple microcontroller.

The M23 and M33 are expected to help address the need for IoT security because they feature the company's TrustZone technology. TrustZone is a hardware-based form of security that is already available, and is built into some of the company's existing designs.

The two new architectures represent the first in a new family of ARMv8-M processors. The M33 offers a 20% performance boost over the Cortex-M3 and -M4 processors, while offering better power efficiency. The M23 is smaller, offering about 50% greater efficiency in terms of performance per milliWatt than the M33.

"The Cortex-M33 will become the mainstream, general-purpose, 32-bit MCU for secure embedded applications," Nandan Nayampally, vice president of marketing and strategy for ARM, said in a pre-briefing last week. He added that the M23 is built for "the smallest, most energy-sipping types of embedded products."

ARM is well-positioned to bring the technology to the IoT. In 2015, its partners shipped 15 billion chips based on its architectures. The chips served in applications ranging from servers and gateways to smartphones and small sensor-based systems.

Although TrustZone and other trusted execution environments had been available previously, ARM's new architectures are a departure from the norm because they bring the technology to applications that may not have had it up to now.

"You had to buy a higher-level, more powerful, more expensive chip to get it," O'Donnell told us. "Now, they're bringing it down to the low-cost, extremely low-power chips that are used for these IoT applications."