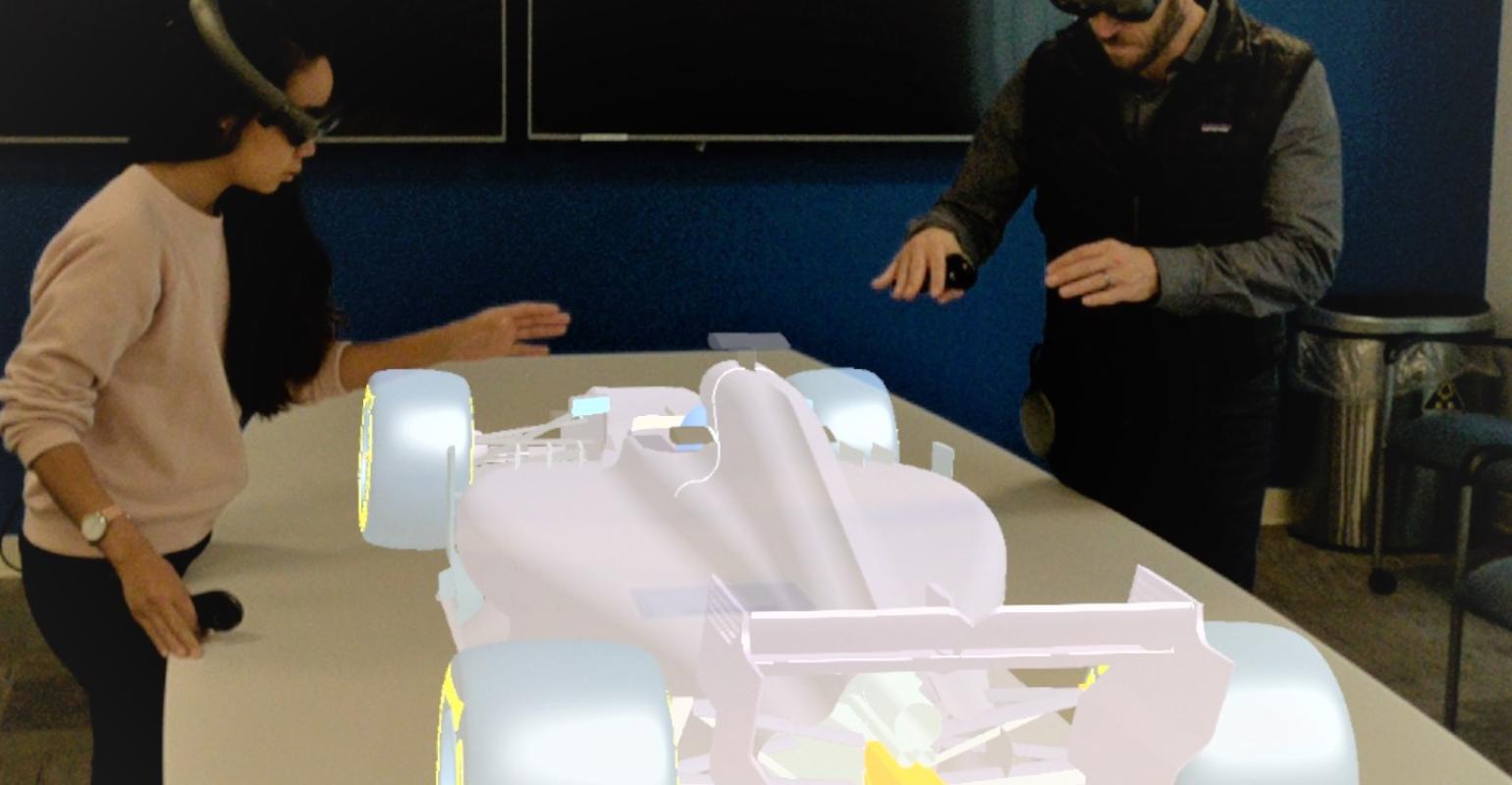 A few brief announcements at Magic Leap's developer conference beg the question of whether Magic Leap would be more comfortable in offices and factory floors than homes and arcades.

Should Magic Leap be focusing more on the enterprise and B2B market?

Depending on your level of enthusiasm, there was plenty to be either very excited or very cynical about during the opening keynote of Magic Leap's first ever LEAP Developer Conference last week. On one hand, there was company CEO Rony Abovitz attempting to channel the spirit of Steve Jobs while portending a future for “spatial computing,” in which all mixed reality (MR) devices are connected in a vast IoT-like network called a “Verse” while developers enjoy Burning Man-like festivals geared around MR. There was also discussion of a commitment to build a diverse and inclusive developer landscape, with the company promising initiatives to attract female developers and developers of color. And if you're into cute animals, you got to see noted science fiction author Neal Stephenson talk about virtual goats.

Underneath all of the excitement, however, is a sobering dose of reality. Aside from failing to deliver on the lofty promises it was making before the release of the Magic Leap One, the company has also been criticized for having hardware that does nothing to “leap” beyond what's currently available on the market. (That pun will never get old, ever!) Most notably, former Oculus CEO and founder, Palmer Luckey, wrote a scathing review of the Magic Leap One, calling it a “Tragic Heap.”

On the application side, there hasn't been much to get engineers or enterprise professionals excited. Most of the keynote focused on gaming, social, and entertainment applications.

However, the silver lining is that Magic Leap is beginning to finally demonstrate some potential for enterprise. While enterprise announcements made up perhaps 15 to 20 minutes of the over three-hour-long opening keynote, what was talked about points to a possible future for Magic Leap in offices and even factory floors.

The most promising announcement was a deal with Onshape—the creators of a cloud-based, multiplatform CAD system—that will bring Onshape's CAD platform to Magic Leap. Speaking during the keynote, Jon Hirschtick, CEO and co-founder of Onshape, offered a brief glimpse of the technology. It was not made clear, however, if what was shown was an actual product demo or a proof of concept, as was the case with many Magic Leap demos, given how new the product is. “We're ready to take a huge leap in the CAD era,” Hirschtick told the audience, later adding, “ …I truly believe mixed reality and CAD can improve the way every product on Earth is designed.”

VR has been used in CAD design in some form for decades now, but is seeing renewed interest with the availability of new AR/VR hardware. Nvidia, for example, has been developing a system it calls Holodeck for design collaboration in virtual environments. Companies like Autodesk, MakeVR, and SolidWorks produce CAD software for VR that is already available.

Hirschtick, who was also a founder of SolidWorks, said the advantage of mixed reality hardware like Magic Leap is that it allows for design in the context of the real world as well and not just a scaled virtual space. If an engineer wanted to see how well a machine part being designed fit, they could use MR to overlay that part onto the actual machine rather than a virtual model of it.

As exciting as consumer entertainment applications may be, Magic Leap—like many of its competitors—could be quietly heading toward enterprise—a less exciting market but arguably more lucrative in the long term. Products like Microsoft's Hololens and various product offerings by companies like Upskill and Vuzix have eschewed consumer markets altogether in favor of enterprise. Those who tracked Gartner's annual Hype Cycle report may have noted the absence of VR, suggesting the technology is deep into the “Plateau of Productivity.” That is considered the point where a technology goes mainstream and its value and relevance to the market is clear and taking off. Augmented reality is headed that way, but is in the “Trough of Disillusionment,” according to Gartner—the point where failed use cases begin to emerge and point a technology in a more productive direction.

Aside from Onshape, Trimble—maker of the SketchUp design software—and Wacom have announced Magic Leap functionality for their software and products.

Weeks before the Leap Conference, German medtech company Brainlab announced it was partnering with Magic Leap to develop a version of Magic Leap's technology platform targeted specifically at medical applications. Essentially, it will be a medtech-focused operating system for Magic Leap.

“Truly unique and first-of-its-kind, our operating system will enable anyone to integrate multi-dimensional virtual data into real-world clinical workflows, driving precision, productivity, and an intuitive user experience,” Stefan Vilsmeier, founder and CEO of Brainlab, said in a press statement. “We will deploy mixed reality and machine learning to capture vital data that will allow physicians to optimize their procedures for every patient.”

The platform will combine data management, cloud computing, visualization, and data pre-processing software with Magic Leap’s spatial computing to support management, visualization, augmentation, and navigation of diagnostic imaging data for a broad range of clinical procedures. It will also be open to third party developers looking to develop medical applications for Magic Leap. Brainlab said the first release will target enabling, planning, and simulation of in-office interventional procedures. The company hopes to quickly expand into intensive care, radiology, and even surgical applications soon after.

Watch the full Magic Leap Conference keynote below. The enterprise application discussion begins around the 2:30:00 mark.