Invention: Coming Up with an Idea and Making It Work 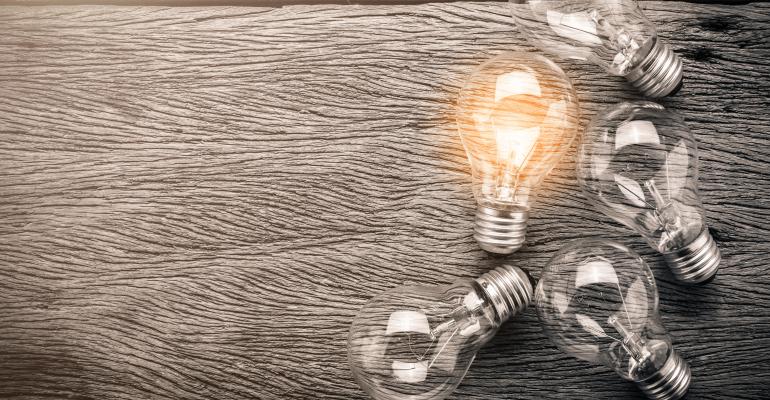 When bringing a new product to light, it is essential to perform an educated analysis of inventorship. Then you can get it right the first time when you prepare and file patent applications.

At the core of every patent application are its inventors. For both large and small companies, differing opinions on input into the invention and internal politics frequently lead to questions about inventorship. The key point that companies must remember is that invention is based on two elements: coming up with the idea and envisioning how that idea will be made to work.

While many people may contribute to an invention, only those who originate the idea itself are the true inventors. This notion is referred to as conception, and any inventor listed on the patent application must have contributed to some aspect of the idea itself to be considered an inventor. However, an inventor need not actually build or make the invention operable so long as the idea can be made by someone with the relevant knowledge in the field.

Coming Up With the Idea – the “Conception”

Conception has been defined as "the complete performance of the mental part of the inventive act" and it is "the formation in the mind of the inventor of a definite and permanent idea of the complete and operative invention as it is thereafter to be applied in practice…." Townsend v. Smith, 36 F.2d 292, 295, 4 USPQ 269, 271 (CCPA 1930). The mere possibility of an invention as an idea is not enough.  Conception is established when the invention is sufficiently clear in the mind of the inventor to enable one skilled in the art to put it into practice—or, in the language of patents, “reduce it to practice”—without the exercise of extensive experimentation or inventive skill. A classic example of this is the time machine. Many people have desired time travel, but there has yet to be an invented time travel machine. No one has had a “definite and permanent understanding" as to whether or how, or a reasonable expectation that, a time machine would result in time travel.

The vast majority of inventions patented today are incremental improvements on existing technologies. In a single groundbreaking product, there may be tens of these incremental inventions which are worthy of patent protection. Here, the question of conception becomes more nuanced, because there are frequently overlapping incremental inventions produced by a team of designers. Each designer may be an inventor of the improvement or component they helped to conceive. If the design team conceived of each invention together, they are all joint inventors. If different members of the design team conceived different improvements or components of a product, careful attention should be paid to which designers should be included on the patent application. A person is an inventor if they helped to conceive of any invention and is not an inventor if they did not participate in the conception of the invention. Failure to recognize this last point, in particular, is what usually results in incorrect inventorship.

Bringing the Invention to Life – “Reduction to Practice”

Where companies are often tripped up is determining inventorship through contributions at this stage. An engineer who builds a part to specification, follows the direction of a superior, or otherwise merely takes another’s conceived invention and puts it into real-life practice is not an inventor. Core to inventorship is the original idea; the manufacture of the invention is a secondary component. This means that the engineer who may have spent countless hours building and testing a product is not actually an inventor if they did not conceive of the invention to begin with.

As an example of the differences between the elements of conception and reduction to practice, take a company executive, an engineer, and a manufacturer. The executive approaches the engineer and says, “I want something that will quadruple the battery life of my phone.” The engineer goes to work and determines a solution to the problem laid out by the executive, finally producing a new battery capable of meeting the executive’s goal after a long development process. The engineer then sends the specification for the new battery to the manufacturer, who builds the first operable batteries.

Where does inventorship lie? The executive had the original desire for increased battery life, but his contribution goes no further than expressing a wished-for result. The manufacturer actually built the invention, but they were merely following the specification from the engineer. In this case, the engineer is the inventor. While the engineer did not think of the goal first, they (1) came up with the definite idea of the operable battery and (2) demonstrated knowledge of the invention sufficient to enable the manufacturer to build it without undue experimentation. In effect, the reduction to practice by the person who conceived of the invention is non-essential to inventorship; it may demonstrate knowledge of the means of making the invention, but it is conception that ultimately defines inventorship.

Practically speaking, each prospective inventor should be asked about their contribution to the conception of the invention. If they came up with an idea of at least one claim of the patent application alone or with others, and their idea was definite enough to enable someone with the relevant knowledge in the field to make the idea, they are an inventor. Those who merely expressed a wished-for result or those that reduced the idea to practice are not inventors unless they also contributed to conception of the invention.

Determining inventorship can be complex and stressful, especially because the consequences of a mistake are at minimum expensive and time consuming, and at worst can invalidate a patent. With the considerations of conception and reduction to practice in mind, it is essential to perform an educated analysis of inventorship when preparing and filing patent applications in order to get it right the first time.

Trevor Day is a technology specialist and Neil Ferraro is a shareholder at intellectual property law firm Wolf Greenfield.