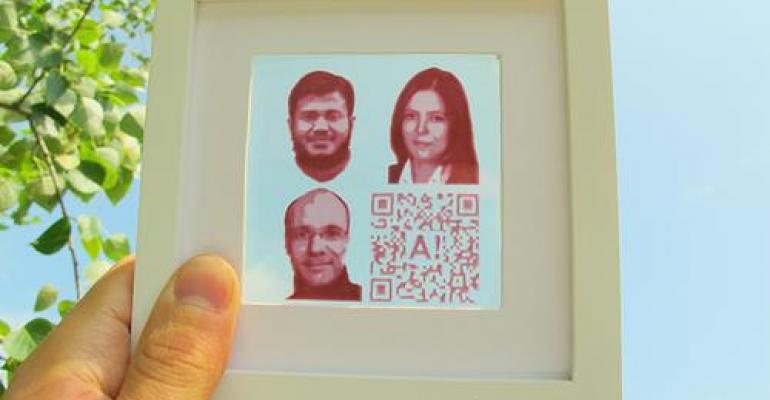 Researchers have for the first time used an inkjet printer to print a dye-sensitized solar cell, paving the way for the creation of new gadgets, decorative objects, and even photographs that can harvest solar energy.

A team of engineers at Aalto University in Finland have put dyes produced with a rapid-desensitization process for dye-sensitized solar cells through an inkjet printer to successfully print decorative solar cells. The research allows for low-cost solar cells to go beyond their traditional black appearance and instead have a range of colors and designs, as well as opens the door for the creation of new solar-energy-harvesting objects, according to researchers.

While the process is possible to reproduce on photographic paper -- allowing for the creation of solar-energy-harvesting photographs -- the team's designs "were actually made on the conducting glass," said Syed Ghufran Hashmi, a post doctoral researcher in the Department of Applied Physics at Aalto University's School of Science and Technology. "Picture-based artistry designs were demonstrated for the first time," he told Design News in an interview. 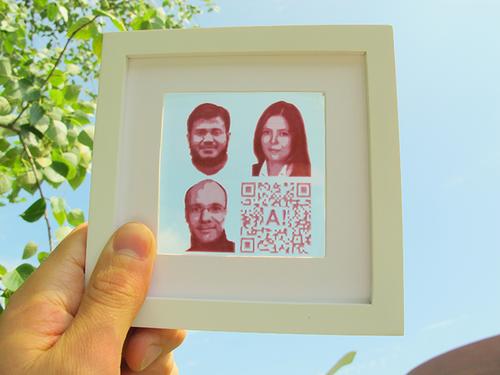 The latest research was made possible by the previous invention of a rapid process of sensitizing dyes for solar-cell production in five to 10 minutes versus the traditional nearly 16-hour process, Hashmi said. The rapidity of the process inspired the team -- led by university Lecturer Janne Halme -- to put the dyes, which are highly concentrated, through an inkjet printer to see if it could produce cells with specific designs.

"These concentrated solutions allow very fast desensitization," Hashmi said. "We decided, 'why not try to print and get some patterns with these colorful dyes?' Our motivation was to produce some kind of images based on colorful dyes so they can be appealing."

With inkjet printing, the photovoltaic dye could be printed to a shape determined by a selected image file, and the darkness and transparency of the different parts of the image could be adjusted accurately, he said.

The results were inkjet-dyed solar cells that were as efficient and durable as the corresponding solar cells prepared in a traditional way. "They endured more than 1,000 hours of continuous light and heat stress without any signs of performance degradation," Hashmi said.

Researchers published a paper about their work in the journal, Energy & Environmental Science.

The team plans to use funding to continue its work to develop the technology further and design different objects that can generate solar energy, according to Hashmi. "We're coming out with artistic colorful patterns, such as [country] flags [to develop] some beautiful souvenirs that have aesthetic appeal but at the same time they also are producing electricity."