The Pacific Design & Manufacturing session on Industry 4.0 says advanced manufacturing is on its way, but it's coming slowly.

The development and roll-out of Industry 4.0 was the talk of the Pacific Design & Manufacturing show in Anaheim. The idea of everything connected within the smart plant and up in the cloud is taken as a given –- some time in the future. There seems to be two schools of thought: 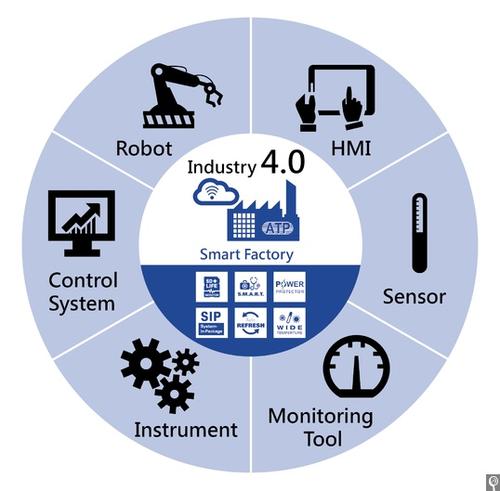 At any rate, Robert Trask, senior systems architect at Beckhoff Automation shed some light on the subject at the conference session, “Harmonizing Standards & Protocols for Efficient Machine-to-Machine Communication.” He noted that Industry 4.0 is a logical new stage in manufacturing. “Industry 4.0 is the next step in the evolution from steam engines to motors to digital electronics to cyber-physical systems. It’s an evolution that involves merging the networks with manufacturing, resulting in smart automation,” he said.

Trask noted the European origins of the concept, explaining that the push to more highly automated manufacturing systems was born of social needs. “The driving force behind industry 4.0 is the German government. The real reason behind it is that a scientist said, ‘You have negative population growth, and the German economy is built on manufacturing. That means people. With a negative population, we’re in trouble unless we do something now,’” he said. “Unless manufacturing systems have the intelligence to do things on their own, Germany won’t have enough people do the work.”

The US –- with its continual inflow of immigrants -- doesn’t have the same need. Yet the US is a global competitor, so advances elsewhere must be matched here. “In the US we’re not as concerned about population. However, if German manufacturing advances, we have to rise with it,” said Trask. “This is the intent, to make sure the products to be manufactured contain all of the necessary information on their production requirements.”

Trask believes the smart plant will curb the outsourcing trend by making homegrown manufacturing more efficient. “Industry 4.0 allows for small lot sizes. That’s the biggest part of Industry 4.0,” he said. “People want products that are unique and they want them quickly. The move to smaller lot sizes brings manufacturing back home. You can’t do that overseas.”

He also noted that Industry 4.0 advances are inevitable even if they are not yet widespread. “Right now, we’re at the peak of the hype cycle on Industry 4.0. Everybody is talking about it, but not many are doing it. Yet it’s not a fad. It’s a natural evolution in manufacturing,” said Trask. “It’s going to happen, just not tomorrow. The main issue for Industry 4.0 is standardization of the protocols. The tools are there but they are not deployed yet.”