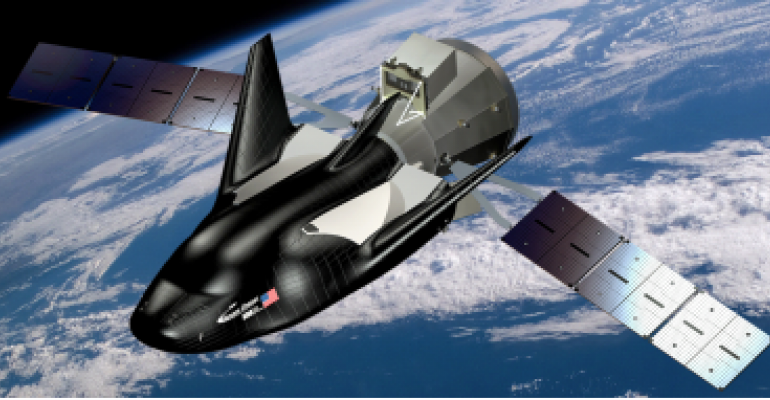 With a go-ahead from NASA for a first mission to the International Space Station (ISS) in 2020, the Sierra Nevada Corporation (SNC) Dream Chaser spacecraft team is now reviewing flight performance data. It also is refining the vehicle’s design adaptations to meet mission requirements for changing payloads using the Collier Research Corp.’s HyperSizer software.

The HyperSizer tool provides critical insights into the strength, weight, and manufacturability of designs for both composite and metal structures. The goal of HyperSizer is to reduce the weight of existing designs by 20% to 40%. The software plays a role in margin-of-safety certification for aerospace projects and is also applied to wind, marine, and other fields that require high performance and light-weighting while maintaining durability.

Software Born at NASA in the 1980s

The Dream Chaser project is a coming home event for HyperSizer. “The software was originally developed by NASA in the 1980s and later commercialized by Craig Collier,” James Ainsworth, aerospace stress engineer at Collier Research, told Design News. “It was originally used on space launch vehicles, and now it’s being used to design parts for many commercial spacecraft. The software is also used to design sporting goods such as golf clubs. HyperSizer is an automation tool for detailed stress analysis and sizing of many strength and stiffness critical structures across many industries.”

The current model of the autonomous, reusable Dream Chaser—officially named Commercial Resupply Service 2 (CRS-2) —will transport pressurized and unpressurized cargo to and from the ISS with a launch window of late 2020. The vehicle also has the potential for satellite servicing, orbital-debris removal, and exploration technology testing.

HyperSizer was used by the Sierra Nevada team on nearly all of the primary composite structures for the launch-approved CRS-2. “Our software is deployed in a big way on the Dream Chaser. It was used to make parts lighter in weight,” said Ainsworth. “SNC was able to do it with a small team, since the automation process reduces manpower. With other software, you’d need a larger team.”

The engineers at SNC faced structural challenges with the design of the Dream Chaser. They had to accommodate changing cargo weights and different re-entry trajectories while withstanding significant deflection forces. “The SNC team did a great job of incorporating HyperSizer into their design and analysis process in order to hit weight and schedule targets,” said Ainsworth. “They took full advantage of the software’s scripting API to customize the workflow and automate data exchange with their suite of CAE software tools. This enabled the team to move rapidly from whole-scale optimization to detailed analysis and stress reporting.”