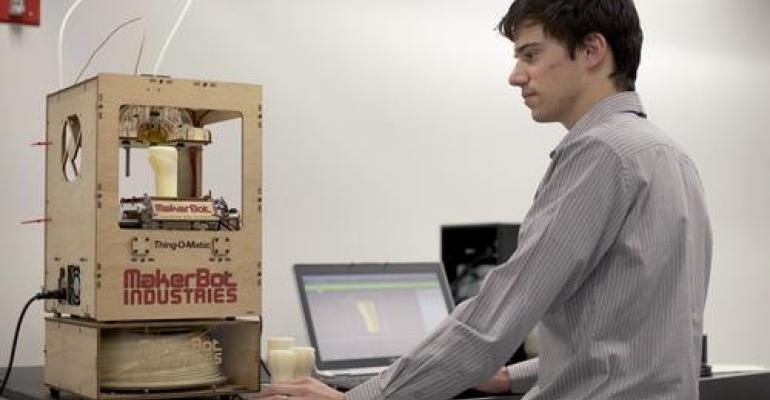 Using technologies such as selective laser sintering, stereolithography, and 3D sandcasting, Ford engineers say they're able to build metal parts with the same material characteristics as those that are injection molded, and then employ them as "surrogate" parts in test vehicles prior to production. Doing so enables them to eliminate the time-consuming step of building an injection molding tool, thus cutting weeks from the process. 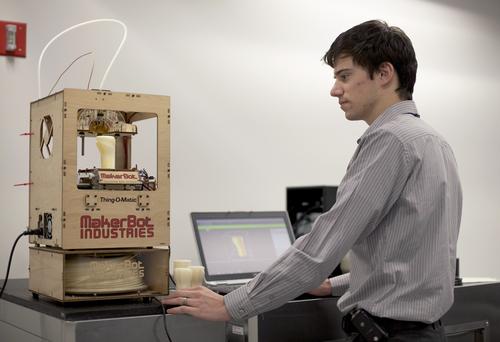 To be sure, manufacturers have used rapid prototyping techniques for more than a decade, but Ford is said to be unusual in its use of 3D printing for metal parts in test engines, transmissions, and brakes.

Prior to the advent of such techniques, manufacturers typically machined an injection mold tool before building a metal part. Doing so took time -- one to two weeks for simple tools and 10 to 12 weeks for more complex ones. By eliminating the need for those tools, they can now turn around a testable metal part in days or even hours. "In the past, we might have only been making one or two parts, but we still had to make an injection mold tool for them," Sears told us. "But with processes like laser sintering, we can now build really testable and durable parts without the tooling."

Ford has invested in what may be one of the industry's biggest rapid prototyping efforts. Three facilities near its Dearborn, Mich., headquarters contain selective laser sintering and stereolithography equipment, while another is dedicated to rapid sandcasting. The sandcasting facility enables printing of sand molds that can be used to create metal parts with the same material properties as production parts.

The giant automaker has employed those techniques in rotor supports, transmission cases, damper housings, and end covers for its C-Max and Fusion hybrids. Four-cylinder ECOBoost engines, Ford Explorer brake rotors, and F-150 exhaust manifolds have also been built with the technology.

Ford's expanded use of 3D printing has also swept across its research and development facilities. Engineers often send CAD files back and forth between the company's Silicon Valley Lab and its Dearborn facilities, then use the files to build physical prototype parts on MakerBot Thing-O-Matic 3D printers. By doing so, they can quickly tweak the designs of shift knobs, gauges, display modules, and other plastic parts.

"Now, at the press of a button, you can have the product or component at your fingertips," said K. Venkatesh Prasad, senior technical leader for Ford, in a company press release. "With a model in one hand, you can then input your changes back into the computer model."

Ford is one of many companies across numerous industries that are ratcheting up their use of rapid prototyping. Daimler AG recently funded development of an additive manufacturing system for use in automotive production, and NASA has used 3D printing for making rocket engine parts.

Ford engineers believe the trend toward rapid prototyping is still growing fast. "We're going to see more development of these materials," Sears predicts. "As the processes become more robust, they're going to allow engineers to do even more with these parts than they do today."