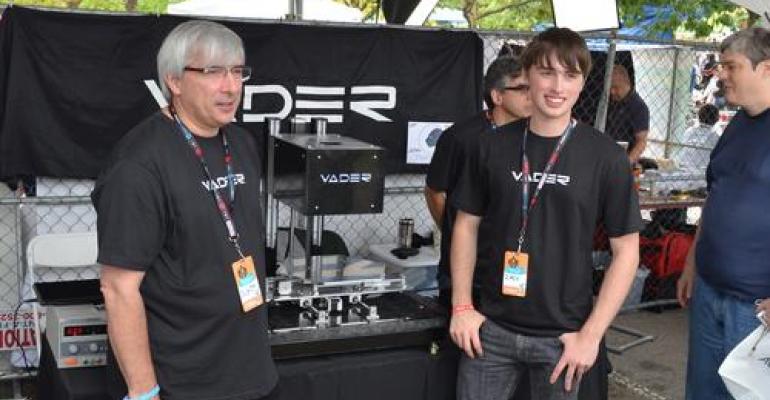 Engineers are reinventing 3D printing and additive manufacturing (AM). I don't mean the engineers at big 3D printer and AM companies, but independent engineers and engineering students in university labs. They're reinventing software that specifies materials selection, the functions included in a 3D printer, and even new methods of how 3D printers work.

Now engineers have invented a method for 3D-printing solid metal parts with jetted liquid metal, not the typical powder metals used in selective laser sintering (SLS). This process does not produce parts like the ones we told you about made from liquid metal by North Carolina State University researchers. Instead, it updates R&D done in the early days of 3D printing for making full-density, structural, final production parts. 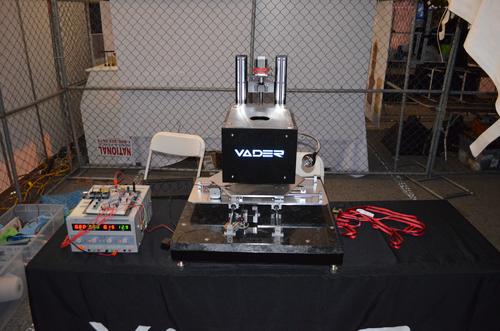 Vader Systems, a father-and-son startup, has developed a prototype machine using liquid metal jet printing (LMJP), a term coined by John Priest at the University of Texas in the late 1990s, Scott Vader, the company's chief engineer, told us. He's a seasoned mechanical engineer with 30 years of experience in manufacturing executive management, and his son Zachary Vader, also an ME, is the company's president. Their aim is to make one LMJP 3D printer model affordable for small businesses and engineering firms, and another one for commercial-scale enterprises.

Like many other engineers who've reinvented 3D printing, the Vaders couldn't find a 3D printing process that did what they needed at the price they could afford. Zachary had designed a microturbine generator optimized for production with AM, that could be made in only three or four pieces. "We had a hard time finding resources to make a prototype," Scott told us. "There aren't a lot of service bureaus doing full-strength production metal parts. Instead of making a microturbine generator, we thought there'd be more interest in a metal 3D printer readily available to people like us."

The Vaders found some good work in LMJP had been done in the late 90s. LMJP has several advantages over powder-bed technology, which was developed for prototyping. Metal powders are expensive: materials must have high purity to make precise spherical powders that are carefully graded, a challenging process. Other techniques for producing metal production parts usually require multiple stages of sintering and heat treating. But Vader Systems aims to make machines that can do quick turnaround, one-step, full-strength aluminum parts. Eventually, that may include other metals such as gold, silver, and copper.

Although the process requires a controlled droplet size, LMJP machines can use unprocessed, commodity-priced raw materials instead of highly refined powders. This helps keep prices down. The first machine has one nozzle, but subsequent machines can have multiple nozzles to boost throughput. Individual nozzles are not expensive, so LMJP is easily scalable.

So far, no one else has made an LMJP machine beyond the laboratory stage, said Zachary. Those lab efforts include different mechanisms for jetting the droplets. (A paper on one of these methods, called Starjet, can be found here.) Vader Systems' method produces droplets of molten aluminum through electromagnetics. "The current nozzle has a 400-micron orifice and we're working on a 50-micron orifice," Zachary said.