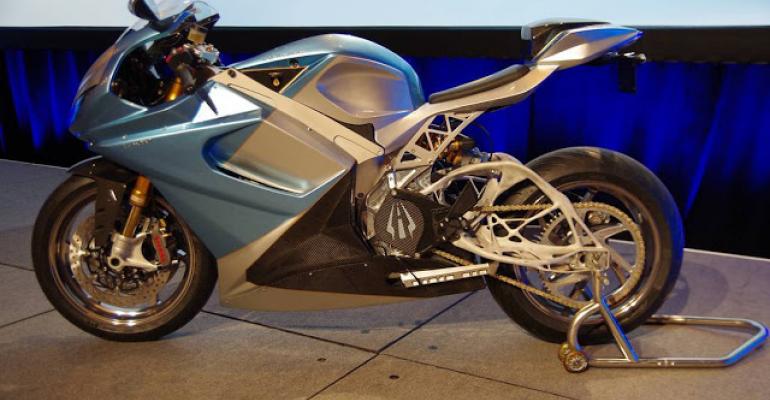 For years, advanced design and manufacturing technology was mostly in the hands of the very largest companies—from GM and GE to Boeing and PG. That’s changed remarkably over the last five years. We’re continued advances in industrial technology but, more to the point, we’re seeing the democratization of that technology.

The proliferation of design and manufacturing technology is beginning to change the nature of what it means to be a design engineer. “The future we’re making is affected by all of the trends that are happening. In past years, design engineers were constrained by the manufacturing process,” Stephen Hooper, VP and general manager for Fusion 360 at Autodesk, said at the Autodesk Accelerate conference. “As a designer, you had a lot of ideas, but you were constrained by manufacturing technology. That’s changed.”

Hooper pointed to three major changes that have affected the future of industrial design:

1.) The convergence of design and manufacturing

2.) The overall connectivity that spans all areas of product development—from design concepts through development, manufacturing, the supply chain, and even to the customer

3.) The changes in the nature of object design brought about by generative design

Convergence between Design and Manufacturing

One of the major changes brought on by new technology is the collapse of the wall between design and manufacturing. While collaboration between the two groups has increased in recent years, the wall is disappearing. “We’re now seeing a convergence between design and manufacturing. 3D printing and six-axis robots are unlocking the design department. You cannot disconnect the new technology from the design process,” said Hooper. “You have to design with the manufacturing process in mind. It’s becoming one contiguous process. If you can integrate that effectively, you can speed the whole process up.”

The change that brought about this convergence isn’t just advances in design tools. It’s also due to advances in the way products get manufactured. “The convergence is fueled by changes in the very means of manufacturing. We’re seeing the democratization of the technology—the more advanced forms of manufacturing that are becoming available to everyone," said Hooper. Six-axis robots are becoming available to almost every manufacturer.”

Everything Is Getting Connected

Digital connectivity is at the heart of the changes in design and manufacturing. “Everything is getting hyper-connected, which is democratizing access to compute power. You can create new processes that radically change manufacturing,” said Hooper. “The technology is accessible to anyone in the organization. In the past, there were a lot of steps from design to production. The sketch, the prototyping, managing the data, and determining how you’re going to manufacture in a way that is affordable to your organization. That’s all connected now.”

The high degree of connectivity allows data sharing between design and manufacturing, which begins to blend the two disciplines. “We want to put your data in the center of a seamless blend of design and manufacturing,” said Hooper. “This integrates all the aspects of the process and lets design engineers seamlessly move through all of the tasks. Once we’ve connected all of the processes, you can take all of the elements and deploy machine learning, such as generative design or parallel simulation.”

Hooper points to a customer that offers wide access to everyone involved in developing and manufacturing the product. “Lightning Motorcycles designs its products in the cloud. Anyone can access it and mark it up. This allows you to move from styling into an engineering environment for structure analysis, then move it over to manufacturing,” said Hooper. “It opens up the opportunity for anyone to contribute to one dataset. We’ve collapsed all of our technologies together.”

Generative Design Is Changing What an Object Can Be

The ability of design tools to suggest improved ways to shape an object is a major game-changer for both design and manufacturing. This is computing at its best—creating designs that couldn’t have been conceived by a human. “Generative design gives you the full math model. You can go back through the process to check the design. General Motors is showing us that this is not just science fiction,” said Hooper. “GM used generative design on a seatbelt assembly. Instead of using an assembly with nine components, it became one piece that is less costly by 40% and it’s lighter.”

Autodesk—which began life as a design software company—sees its ongoing work in the realm of both design and manufacturing. “We trying to provide a singular design and manufacturing platform that can include machine learning tools like generative design,” said Hooper. “We’re building a community of people to explore this technology.”