HomeDesign SoftwareDESIGN West: Thomas Dolby to Keynote
Recent
Design Software
Argo AI Expands to Austin and Miami in Search of More Challenges
May 18, 2022
12 Ideas that Could Change the World
May 18, 2022
Making the AC Power Main Intelligent
May 18, 2022
How to Make Sure Your Digital Transformation Doesn’t Fail
May 18, 2022
POLL
The Internet's Grooviest Slideshow of Legendary International Scouts
May 17, 2022
Electronics Industry Bolsters Root of Trust Security Efforts
May 17, 2022
3 Tips for Embedded Software Configuration Management
May 17, 2022
Novel 3D Printing Method Used to Replenish Coral Reefs
May 16, 2022 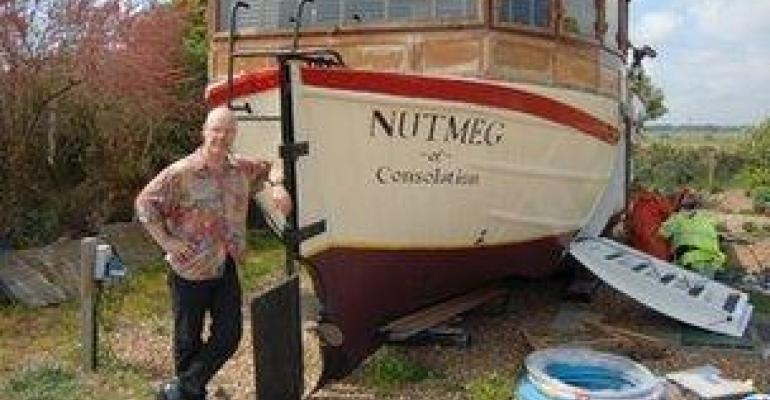 Thomas Dolby, whose songs "She Blinded Me With Science" and "Hyperactive" became huge hits in the 1980s, kicked off his latest US tour last Friday night at the SWSX festival in Austin, Texas.

His tour will crisscross the US for the next month, and it might seem strange for the uninitiated that he is breaking the slog of nighttime gigs to provide a keynote at the more salubrious venue of the San Jose Civic Auditorium during DESIGN West. 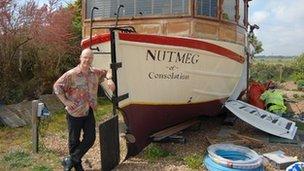 As a London teenager, Thomas Robertson was fascinated with the convergence of music and technology, and urban myth has it that he was dubbed "Dolby" by his friends after experiments with an assortment of keyboards, synthesizers, and cassette players.

Up until 1990, he released a number of albums, and he was a member of David Bowie's band at Live Aid and in Roger Waters' performance of Pink Floyd's The Wall in Berlin in 1990.

His keyboard and production work put him in the studio with the likes of David Bowie, Stevie Wonder, Foreigner, Joni Mitchell, and George Clinton and gained him five Grammy nominations.

Following his Astronauts & Heretics album, a US Top 40 entry in 1992, Dolby made a 180-degree turn, career-wise, as he headed off to Silicon Valley. He pursued a separate career as a consultant with one foot in the music industry and the other in software development. He provided consulting expertise to companies such as Netscape, Microsoft, Sun, and Oracle. Eventually, he formed his own company, Beatnik Inc., which didn't just ride the dotcom boom. It flourished, coming up with the polyphonic ringtone synthesizer for the mobile phone manufacturer Nokia. Beatnik produced the audio layer of Java and created the first interactive music sites on the Web.

Dolby moved back to the UK from California, and his home studio (powered by both solar and wind) sits on concrete supports in his North Sea backyard in Suffolk, housed in a restored 1930s lifeboat from an ocean liner. Last year, he released his first album in 20 years, which was recorded using this studio. Great pics of the studio can be found in this article.

The new album features Mark Knopfler and Eddi Reader and is divided into three sections -- Urbanoia ("songs with a city/world music vibe"), Amerikana, and Oceanea, which is inspired by Suffolk. The new album has a companion Floating City computer game and poster, inspired in part by his own songs from the 1980s.

"I would lurk around Internet sites where I found people would log in as characters from my songs, and write fan-fictions based on storylines from songs, so you'd find a Europa, a Caroline, or a Budapest," Dolby told BBC Radio Suffolk. "The Floating City game was an attempt to get my arms around this, and all the items and character names in a lyric became the basis of a trading game."

Dolby recently told the Metro newspaper, "I'm at my most excitable when I'm doing something unexplored. When I started out, few people were making entire pop records with electronics. I had a natural inclination towards rich instrumentation. Each time something new came along -- videogames, virtual reality, the Internet -- I thought I'd like to mess with that and define what it can be."

Dolby has also long been intrigued by the relationship between technology and music, and his presentation, entitled "Unleash the Genius Within!," will start at 9:30 a.m. on Tuesday, March 27.

The keynote is free to all registered attendees at DESIGN West, and it is advisable to pre-register here.