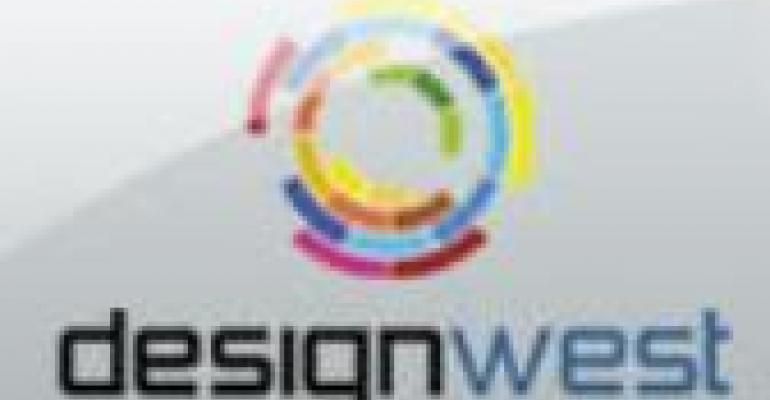 [UPDATE: Keep track of all the stories from DESIGN West via our breaking news feed.]

In the run up to DESIGN West conference, which brings the Embedded Systems Conference and six additional technology summits -- including Design News's own Sensors in Design event -- to San Jose, Calif., next week (March 26 to 29 at the McEnery Convention Center), we've collected the latest preview stories from Design News and EETimes. Click on the headlines to read the full articles.

Tesla CTO Keynoting on EV Innovation
JB Straubel, chief technical officer and a founding team member of Tesla Motors, will discuss the challenges of creating electric cars in a keynote speech at the DESIGN West conference, March 26 to 29 at the McEnery Convention Center in San Jose, Calif.

Mechanical orchestra to make sweet music at DESIGN West
I realized I was in the presence of The Intel Industrial Computer in Concert, in which a conductor leads a robotic orchestra, synchronizing a host of plastic and metal percussion instruments that ping, pong, bong, and blink blue-hued light each time a nearby paint gun strikes them with a tiny rubber ball.

Engineering the next generation DESIGN West meet-up
Mentoring seems to be a natural instinct for engineers. Engineers see someone in need of a helping hand and step in, just as they would if a design needed help.

Freescale to demo Cortex-M0+ Kinetis devices at DESIGN West
Freescale Semiconductor is to demonstrate its Kinetis L series microcontrollers (MCUs) built on the ARM Cortex-M0+ processor at DESIGN West in San Jose, California, with alpha sampling due to start in the second quarter of 2012.

Paying it forward (mentor and mentee perspectives)
Bob Chesla's mentor didn't hire him for what he knew, but for what his mentor thought he could learn. Now he can repay that belief in the future.

Chevy Volt Revealed: Teardown Videos
EE Times, working with the benchmarking consultants Munro & Associates, tore down the car to find out more about the engineering that went into its design. Three separate reports on the teardown will be present in the Expo Floor Theater at DESIGN West.

The Colin Walls Blog
Colin talks about the preview of the results from UBM's annual survey of embedded developers. This survey is carried out every year and provides a valuable opportunity to see trends by comparing year on year changes.