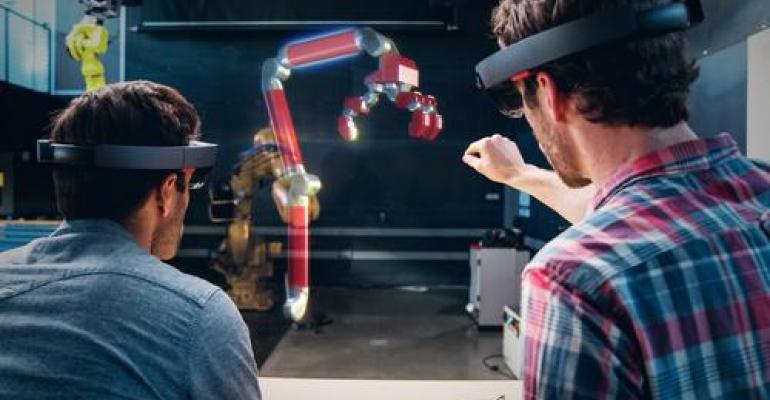 Thanks to a joint effort between Autodesk and Microsoft, designers and engineers could soon be able to collaborate on product designs by interacting together on full-size, three-dimensional holographic models -- walking around them, discussing them, testing them, and even editing them in real time.

HoloLens has been described as an augmented reality (AR) device, but Microsoft prefers the term "mixed reality." An MR application applies real-world positioning and dimensioning to virtual objects and allows interaction with them as if they were physically present. It was this flexibility that led Autodesk to seek out a partnership with Microsoft to develop practical HoloLens applications for designers and engineers. 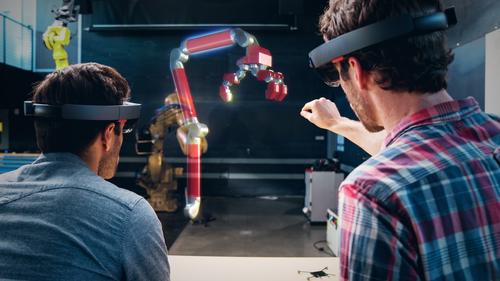 Garin Gardiner, product manager for Fusion 360, believes MR can be used to create three-dimensional holographic work spaces for teams. In an interview with Design News, he noted that the cloud-based solution is a logical choice for integration with an innovative technology like MR. Fusion 360 "already combines mechanical engineering and industrial design in a single package. HoloLens extends that collaboration and allows engineers and designers to work together," he said.

Gardiner stressed that adding MR capability to Fusion 360 makes a timely and valuable contribution to product design tools in response to current trends. "Companies are needing to get things to market faster than ever before and interact with customers more than ever before," he said. "Within organizations, this technology will let you have multiple people look at a model, have conversations about it, find issues, and see what it looks like before you even build a prototype. You'll be able to look at the surface finishes or the components that are used inside it."

To explore the possibilities, the joint Autodesk and Microsoft team built a number of prototypes in recent months and tested various scenarios for employing MR in product design.

As one example, Gardiner said the team experimented with making use of Fusion 360's capacity to capture a model's history. "What if you could take all those versions of your model and wrap them around your room?" he suggested. HoloLens could allow a designer to compare multiple versions simultaneously and test out various options for components. "You could access all those images, all those versions of your design, and the information that goes with them, and use the infinite space of your office to display it all."

Gardiner thinks one of the near-term applications of MR for product development might be found in making customer presentations. "Industrial designers put a lot of effort into showing designs to customers, and it takes a lot of time to do that," he said. "If you could bring someone in and have them physically walk around the design, that could be one of the first areas where designers could actually use it. It could offer huge value."

Gardiner said the FreeForm team is a number of steps away from any formal product release, but the group is working with some Autodesk customers to explore practical applications for the HoloLens technology.