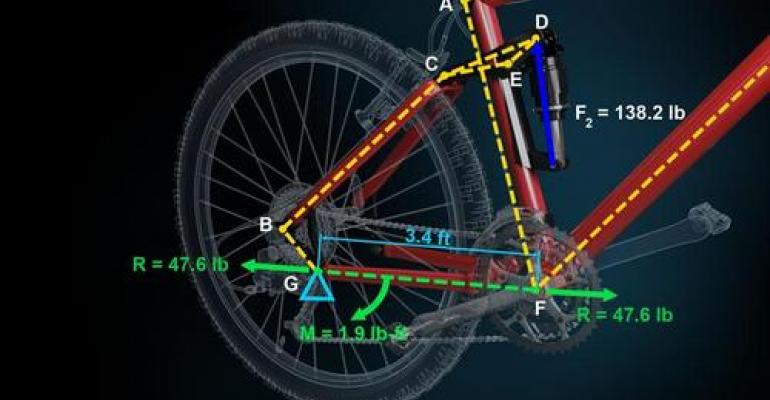 If any company in the design tools space seems ready to steer its future toward new computing paradigms like the cloud and mobile, Autodesk seems to be it.

In its latest foray, Autodesk took the wraps off ForceEffect, a free mobile simulation app designed for the Apple iPad that lets engineers quickly simulate design options in the conceptual phase while out in the field or in the classroom.

Unike Autodesk's other simulation offerings around FEA or CFD analysis, ForceEffect is all about the conceptual stage, allowing engineers, designers, and students to perform static systems analysis on free body diagrams -- a process typically done with hand calculations and on paper-and-pen drawings. By comparison, with CFD and FEA, designers need to have some of the design completed in addition to the requisite 3D models that are then brought into the CAE tool for simulation and refinement.

Using ForceEffect, designers and students can explore problems like whether a beam is long enough to support a load or whether the linkage in a bike design is sufficient. "Typically, these are done with long hand calculations, which can be very time-consuming, prone to error, and involve a lot of rework," Luke Mihelcic, Autodesk product marketing manager, told us in an interview.

By leveraging the interface of the iPad, users can simply tap objects to select, move, rotate, and scale objects. In addition, real-time solving capabilities and the ability to take a snapshot of the image or background lets users get immediate feedback on the performance of their design in the context of the problem or environment.

Given that Autodesk's simulation lineup -- an area in which it's made a lot of investments over the last few years -- lacks a comparable simulation tool on the desktop, we asked Mihelcic why the iPad was his company's platform of choice for launching this type of design tool. "We want to get the tool in the hands of as many people as possible, and we really see folks using this tool in the field or in the classroom, where they don't necessarily have access to a high-power, simulation-ready desktop," he said.

It's all about making simulation as accessible as possible early on in the design process, even before any kind of CAD work is started, Mihelcic said.