Augmented reality won't advance until its optical issues are solved 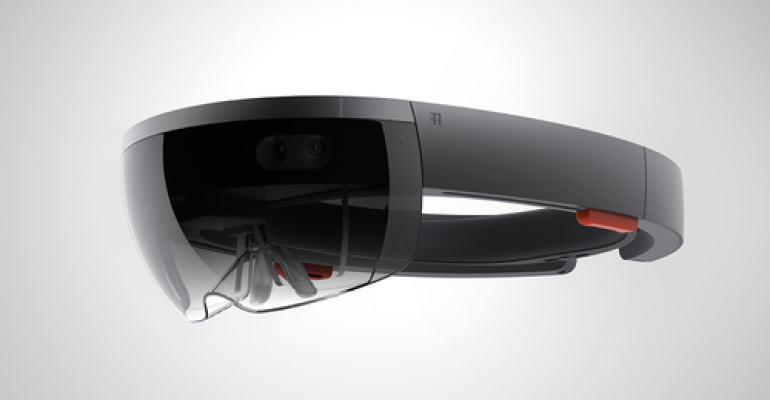 AR will never realize its potential unless two fundamental optical issues are addressed.

Augmented reality (AR) is the gateway to the most immersive phase in computing history. It promises to radically transform the way we work, but it will never realize its potential unless fundamental performance and usability issues are addressed. A recent report from specialist AR/ VR industry analysts Greenlight Insights has shown solving two fundamental optical issues would unlock an additional $10 billion in spending on enterprise AR applications by 2026.

Currently, all AR experiences suffer from vergence-accommodation conflict (VAC) and focal rivalry. These terms may be relatively unknown, but anyone who has worn an AR headset for any length of time will recognize them as eye fatigue, an inability to read text up close, and the struggle to complete precision tasks because virtual content is not well integrated with the real world. Greenlight’s analysts estimate that 95% of current enterprise AR applications would see an immediate benefit if these issues were solved.

What is vergence-accommodation conflict and focal rivalry?

VAC breaks the natural way our eyes focus. In the real world as an object gets closer our eyes turn inwards to triangulate on it, stimulating the eyes to focus at the right distance. This doesn’t happen in AR (or VR for that matter) because lenses in headsets are set at a fixed focal distance. Our eyes are simply not fooled by clever software manipulation of virtual content.

The other major challenge facing AR is focal rivalry, a phenomenon that occurs when we’re viewing real and the virtual content together. Our eyes cannot naturally integrate real and virtual content into a genuine mixed reality unless they are in the same focal plane. So if you want to place virtual content at different distances and interact with it in a natural way you have to deal with the issue.

Why is this a $10 billion issue for the augmented reality industry?

Microsoft’s Hololens is one of the most advanced AR headsets available today and it acknowledges the problem of VAC. The Hololens developers guide advises content developers to place virtual content beyond arm’s reach to avoid an uncomfortable experience. Microsoft suggests that designers should attempt to create content scenes that encourage users to interact one meter or farther away from the content. It also recommends to not require users to rapidly switch from near-focus to far-focus as this can cause visual discomfort and fatigue.

Meanwhile, a research team at the University of Pisa conducted a study exploring how focal rivalry affects people’s performance when using AR to complete precision tasks. It found that accomplishing an AR-assisted task where content is within two meters of the person and requires a high level of precision (such as AR-assisted surgery or repairs) may not be feasible with existing technology.

The inability to bring content convincingly within arm’s reach and realistically place content at any focal point is holding AR back. The eye fatigue and discomfort of VAC will limit the amount of time we can spend in AR, preventing it from being an all-day wearable. Meanwhile focal rivalry will limit its usefulness in enterprise applications that require any significant degree of hands on accuracy such as manufacturing, engineering, or surgery.

If we are to unlock the true potential of augmented reality, we will need to find a solution that is able to address both VAC and focal rivalry - not just one or the other. The solution lies in a dynamic optical interface that is able to re-engage the visual system to allow users to position virtual content convincingly anywhere in the 3D space and integrate real and virtual content without any visual limitations.

Both the HoloLens 2 and Magic Leap One promised to bring some form of multiplane focus that would address focal rivalry and VAC, but no solution has yet come to market. However, it is encouraging to see that in the VR space, Facebook’s Reality Labs Chief Scientist Michael Abrash announced that the company is exploring the use of a liquid crystal technology in a prototype for Half Dome – Facebook's VR headset that integrates mechanical varifocal displays.

There are several solutions that are currently being developed. These solutions range from visual pass-through (VPT) systems, to light field displays, to liquid crystal lenses, and adaptive lenses. The Greenlight Insights report reviews all the key dynamic focus solution technologies, comparing their relative performance and likely time to market. A detailed comparison concludes that adaptive lenses offer the best combination of addressing all the key issues, while also offering HMD display manufacturers a quicker time-to-market.

For us to advance augmented reality it is necessary that we integrate some form of dynamic optical interface. Once we do this, we will be able to drive a step change in both the experiences and applications that can be created.

John Kennedy is CEO of Adlens, the company pioneering the development of lenses that change focus like the human eye - enhancing vision in AR/XR, VR, and eyewear. Adlens believes that optical technologies will play a key role in helping to create a truly breakthrough mixed reality product that will have comparable consumer impact to the iPhone. An engineer by training, he’s built his experience in technology and fast-growth consumer businesses.