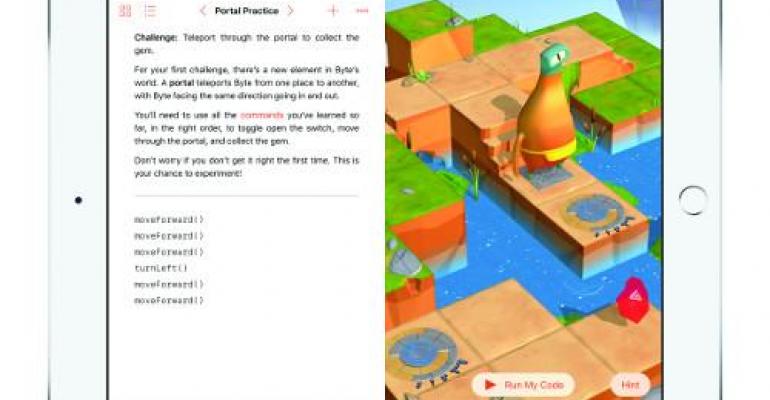 Two years since it released its own programming language, Swift, Apple claims that more than 100,000 iOS apps, including Twitter and Lyft, have implemented Swift code. Since making the language open source in December 2015 the company says Swift has seen an explosion of interest from developers of all ages, in communities like GitHub, looking to create apps and games for Apple's library of hardware devices.

Now the company is releasing an iPad app targeted at helping kids learn Swift. Called Swift Playgrounds, the app turns coding into a game where kids learn coding and syntax in order to guide a digital character (named Byte) through a series of tasks. During the process kids will come to understand basic coding concepts loops and eventually progress to advanced coding via the app's integration with the iOS software development kit (SDK). 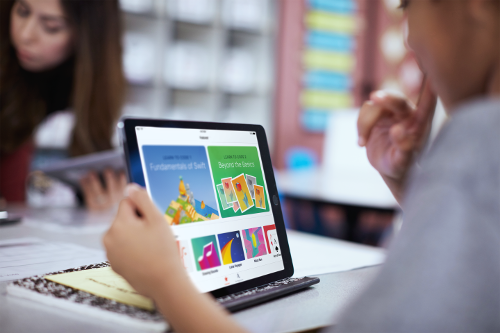 Demonstrating the app at Apple's World Wide Developers Conference (WWDC) 2016, Cheryl Thomas, Apple's VP of Software Engineering Operations, walked through some of the basics of Swift Playgrounds. The app takes a lot of the tedium out of coding by adding drag-and-drop functionality. Did you forget to place a statement inside of a For loop? You can simply drag the end of the For loop code down to bracket more of the syntax. The interface will feature a readily available library of common code snippets that can be dragged right into the user's program. Apple has also programmed a coding-friendly keyboard into the app that makes the characters and symbols used in Swift programming more easily accessible.

And since the app will be accessing the iPad's hardware kids will also learn to create apps that respond to variables like orientation and acceleration in addition to touch. 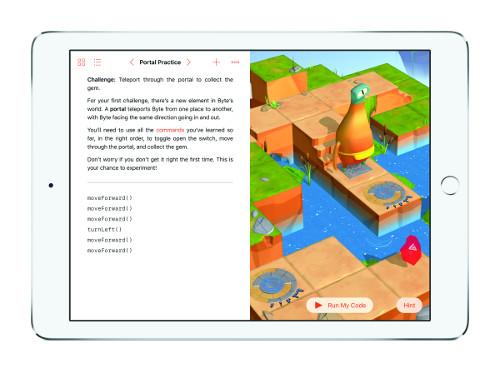 Apple has already released a developer preview of Swift Playgrounds and will launch a beta test in July. Once released alongside iOS 10 this fall the app will be free of charge. "Coding should be a required language in all schools," Apple CEO Tim Cook told the audience. "We hope this gift to kids and schools around the world will help make coding a part of the school day."

Watch a video preview of Swift Playground below: