HomeDesign Software5 Engineering Lessons from Playing League of Legends
Recent
Design Software
Argo AI Expands to Austin and Miami in Search of More Challenges
May 18, 2022
12 Ideas that Could Change the World
May 18, 2022
Making the AC Power Main Intelligent
May 18, 2022
How to Make Sure Your Digital Transformation Doesn’t Fail
May 18, 2022
POLL
The Internet's Grooviest Slideshow of Legendary International Scouts
May 17, 2022
Electronics Industry Bolsters Root of Trust Security Efforts
May 17, 2022
3 Tips for Embedded Software Configuration Management
May 17, 2022
Novel 3D Printing Method Used to Replenish Coral Reefs
May 16, 2022 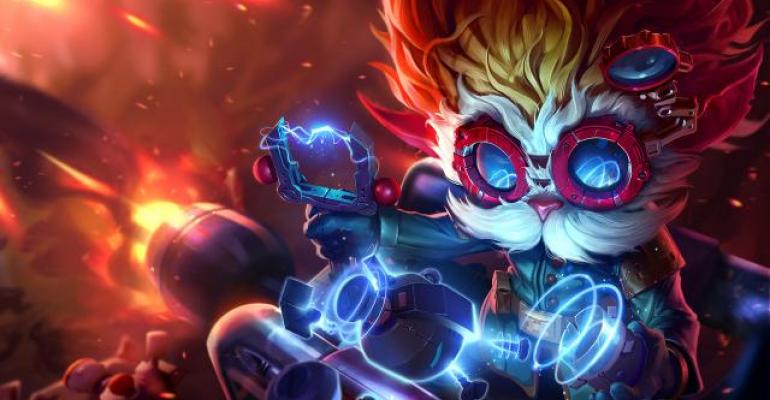 The next time you’re building a product or playing League of Legends, keep these lessons in mind. They may help you and your team succeed.

When I first started consulting ten years ago, there was an online, team-oriented video game called League of Legends that I used to play after work or during lunch. The game required some strategy, required implementing that strategy through tactics and also required some well-coordinated button smashing to be effective in team fights.

Over the past summer, I reintegrated playing League of Legends on my lunch break. As I relearned how to play the game, I discovered that there were many lessons in the game that could easily be applied to engineering and business in general. In this post, we will examine the top five lessons that I’ve learned from playing League of Legends. I think these lessons can have a big impact on engineering teams.

An average game of League of Legends can last between 30 and 50 minutes. While not terribly long, a single game play can be a major time investment, so the game allows a team to vote partway through the game as to whether or not they want to surrender. While this can be a godsend for a game where the matchups are completely out of whack, I noticed that in a tough game there is a tendency for players to want to give up and surrender.

Through-out my career I’ve occasionally noticed that engineering teams can suffer from this same “If I’m not going to win, I want to surrender” attitude. For example, I’ve seen teams that estimate development will take a month and pour everything into that effort, but as soon as that deadline is reached, they collapse in surrender if additional time is still needed. The project is completely winnable if they continue their effort, but the deadline takes the wind out of their sails and they accept defeat even though their goal is still within reach.

What’s interesting is that in the game if everypne continues to play, the tides can turn, and the game can become an incredibly hard fought and well-earned win. Engineers need to make sure that they don’t give up early, whether it’s due to a deadline, a bug, or some other challenge blocking their path to success.

League of Legends is team game with five members on each team, and in many cases those five members don’t know each other. It’s extremely easy to just ignore the other players and go it alone. The problem with this approach is that in order to win, you really do need a team effort and a single player can’t be in multiple places at once. In fact, going it alone often results in a player getting slaughtered, utterly defeated, and wanting to surrender early!

Believe it or not, this same type of thing happens all the time to engineers. They try to go it alone, to be the hero, to develop the product themselves or solve the problem. I’ve always found that two heads are better than one. For embedded software developers, pair programming and debug sessions always seemed to go faster when I don’t go it alone. Despite Hollywood’s picture of a lone-genius engineer who can solve all the world’s problems, engineering is a team sport.

A team game cannot be won without good communication. In League of Legends, friends are able to communicate through voice chat, but if a match is being played with complete strangers, all communication is done via text chat. In a game where a match could be played against a well-coordinated team, communication is critical to winning.

The success for any development project hinges of good communication. The management team needs to provide the engineering team with the correct needs for the product. Engineering needs to accurately provide updates, coordinate their internal development efforts and any challenges that are surfacing. Development teams can leverage many modern communication mediums such as email, Slack, Skype, Jira, and many other tools to efficiently communicate with their colleagues. Many teams have also adopted Agile techniques like daily stand-ups that help ensure the lines for communication are open and that everyone knows what everyone else in the team is working on.

In any game, speed is the key to winning since everyone is in a race to level up their champion as quickly as possible. The higher the level, the easier it is to defeat a lower level champion. For engineering, speed is just as critical. Businesses are often faced with many pressures such as budget and time constraints to launch a product. Working too slowly could blow a development budget and kill the product. Not moving fast enough could mean a competitor beats the company to market, winning the larger market share.

Speed is absolutely a key to success, but it also must be carefully balanced with the right amount of process to ensure that the result is a quality product. Going as fast as possible doesn’t help if you continually make wrong turns and drive in the wrong direction.

Lesson #5 – You Can Win Short-Handed if You Play Smart

Every now and then, a player might get disconnected from the game by accident, or the player may purposely disconnect, leaving their team shorthanded for the duration of the match. If you are shorthanded five to four, winning can suddenly seem unlikely, but it can be done if the team plays smart.

There are many situations in engineering where teams can be shorthanded compared to the competition. A small start-up may not have the marketing resources needed to compete with Apple. A competitor could team up with another competitor or make an acquisition to make the team stronger. Maybe critical team members decide to seek employment elsewhere. In these circumstances, engineering teams need to identify the critical path items, leverage their strengths, and work smart in order to succeed.

While there are certainly many other lessons that could be taken from this game that apply to engineering and business such as:

The five lessons that we have looked at in this post are the ones that stand out to me as being the most important for engineers to keep in the forefront. So the next time you are building a product or playing League of Legends, keep these lessons in mind and you might just find that they help you and your team succeed.