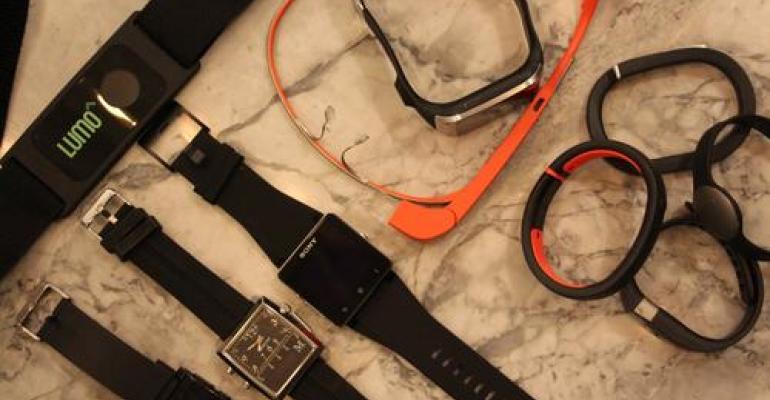 Wearables have hit the market in a big way, especially in the past three years. But technology that we wear has had an even longer history in academic labs and specific niche verticals such as the military and sports science. Four key advancements are driving wearables out of the lab and into the mainstream, making it easier for startups and makers to create hardware and for consumers to adopt the technology. 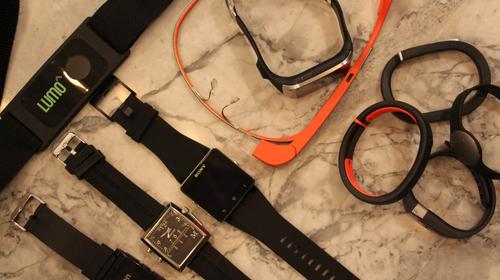 From accelerometers to heart rate monitors, one of the main differentiators between wearables and other forms of computing is the use of sensors. Tiny sensors embedded in devices worn close to the body gather intimate information needed to do anything from quantify our health to allow us to control smart devices with the wave of our hand. Advancements in sensors and chips have made them faster, smaller, and more easy to embed in devices that can be worn on the body.

The growth of the wearable space is owed in large part to the startup and maker space and a parallel technology trend, 3D printing. 3D printing has equipped these groups with a cheaper, quicker means for rapid prototyping. The emergence of desktop 3D printers, online 3D printing services, and other cheaper, more accessible 3D printing solutions has broken open the ability for entrepreneurs and makers to create hardware either as a prototype or for short runs to be used for alpha- and beta-testing.

Whereas 3D printing equips makers and startups with the ability to manage their own manufacturing needs to get hardware projects off the ground, crowdfunding is driving their ability to get their wearable devices onto the wrists or other body parts of users. Crowdfunding platforms like Kickstarter and Indiegogo have become the launch home for many wearable devices. Pebble and Oculus Rift both have roots in crowdfunding. On crowdfunding platforms, startups and makers have the ability to build a community, raise funds, and market test their products.

Perhaps the biggest driver of the wearable revolution is the smartphone. Most wearables are dependent on the powerful micro-computers we have been carrying around with us for the past seven years or so. Equipped with Bluetooth or WiFi, smartphones not only allow users to configure and set up wearable devices, they more importantly act as a central collection point for data to be gathered, analyzed, and presented back to users. For fitness bands, smartphones act as a hub for users to view activity in real time or historically in charts and graphs, while for smartwatches, smartphones are necessary to enable notifications from applications which run on the phone to be viewed on the wearable device. Thus, wearable devices benefit from the widespread adoption of smartphones, as users already have half of the product in their pockets. Wearables also benefit by not having to perform the heavy processing and large-screen viewing experience, allowing them to remain smaller, slimmer, and more "wearable."