HomeDesign Software3D Simulation Goes Mainstream
Recent
Design Software
Argo AI Expands to Austin and Miami in Search of More Challenges
May 18, 2022
12 Ideas that Could Change the World
May 18, 2022
Making the AC Power Main Intelligent
May 18, 2022
How to Make Sure Your Digital Transformation Doesn’t Fail
May 18, 2022
POLL
The Internet's Grooviest Slideshow of Legendary International Scouts
May 17, 2022
Electronics Industry Bolsters Root of Trust Security Efforts
May 17, 2022
3 Tips for Embedded Software Configuration Management
May 17, 2022
Novel 3D Printing Method Used to Replenish Coral Reefs
May 16, 2022 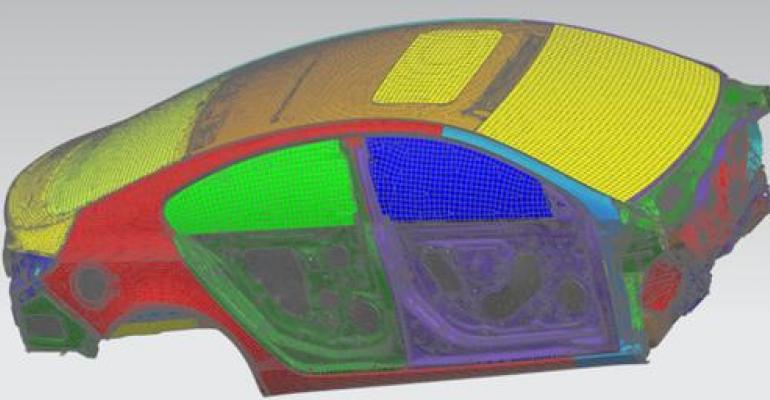 New industries and small companies are beginning to turn to the power of 3D simulation. Processing speeds are faster and big data processing is less expensive to deploy. Many companies that wouldn't ordinarily use simulation find it has become affordable from cloud-based service companies that sell processing by the drink. 3D simulation is also becoming easier to use, since you can now run your simulation while working on your CAD design -- even on a laptop. 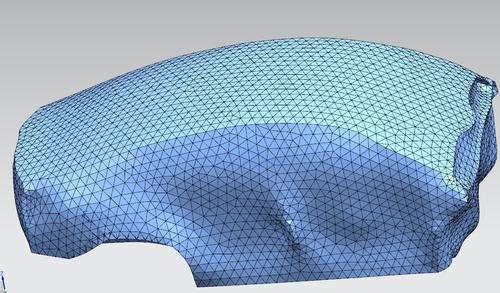 Higher processing speeds can now be attained without resorting to a wall of servers. "Speed has helped people adopt simulation. In the past, when you ran simulation you had to have dedicated servers," Delphine Genouvrier, senior product portfolio manager at SolidWorks told Design News. "New devices can run simulation on a laptop. The multicore of the machine is used and that means you can run it during the day and not have to wait weeks or months to get your results."

Simulation expands beyond automotive and aerospace

Ease of use and speed have attracted a wide range of new users to 3D simulation. For many years, simulation was used primarily in automotive and aerospace. It was used at the end of the cycle. "Now that it's easier to use and more people can use it, we're seeing the democratization of simulation," said Genouvrier. "Investment in simulation has been consistent in automotive and aerospace, but it's increasing in other industries. It's becoming mainstream."

MORE FROM DESIGN NEWS: Learning to Use Big Data

SolidWorks is finding that some of its new customers are coming from high tech and medical. "3D simulation is changing the world. High tech is now using simulation for the cooling process of their devices," said Genouvrier. She also noted that SolidWorks is getting customers from the life sciences. "In health and medical they're using simulation to track fluid inside a device," said Genouvrier. "When the velocity of the fluid is low in some areas, there is the possibility of bacteria growth because of dead zones. We can see that potential problem through simulation." 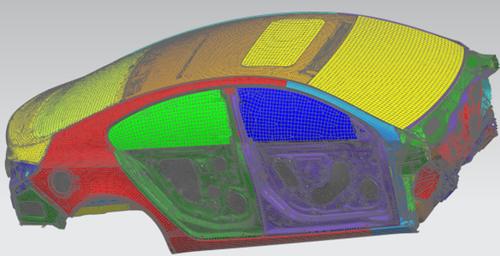 At Siemens PLM, product marketers are finding a similar diversification of customers for simulation. "We're seeing simulation used in electronics and energy, and to a lesser extent medical devices and consumer products," Ravi Shankar, director of simulation product marketing, told us. He noted that simulation can be used to look at how a bottle gets manufactured. If a company has adopted CAD, it's easier to create the shape, and see how the design is going to function. "This means companies that don't have dedicated analysts can still use simulation," said Shankar.

MORE FROM DESIGN NEWS: The Power of CFD Simulation Early in Product Design

While 3D simulation is making its way into new industries and onto the laptops at smaller organizations, the tools are also finding their way into the engineering classroom. "In education, more and more students are using 3D simulation as part of their engineering school experience," said Genouvrier. "Students are exposed very early so when they go out to work, they're already familiar with simulation."