3D Print Your Own Personal Electronics 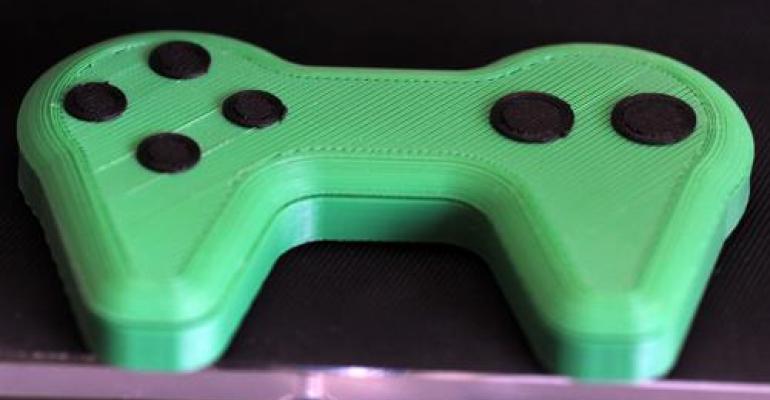 If it's possible to 3D print blood vessels, robots, and guns, then why shouldn't you be able to 3D print your own personal electronics? Well, now you can -- in the lab at least.

University of Warwick researchers have developed a conductive plastic composite material that can be used with unmodified, low-cost, hobbyist 3D printers to make functional electronic devices. The devices can even be custom-designed, such as tailoring a game controller to fit the shape of a particular user's hand.

The team, headed by Simon Leigh of the university's School of Engineering, says the inexpensive material, called "carbomorph," makes it possible to print out electronic tracks and sensors as part of a 3D-printed structure.

To date, the researchers have used the material to print objects with embedded flex sensors, such as a mug that can sense how full it is, or those with touch-sensitive buttons, such as a working computer game controller. The results were published in an article in the open-access journal PLOS One. 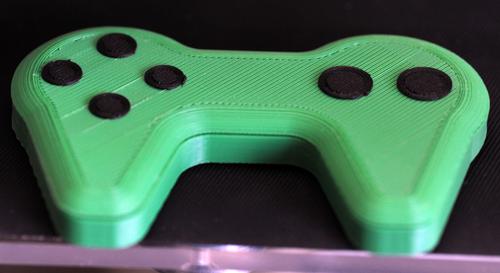 The printer can create touch-sensitive areas in the structure that can be connected to a simple, printed circuit board.

The computer game controller was printed using a Bits from Bytes BFB3000, Leigh told Design News in an email. "It's designed to interface with an Arduino board, then it can be plugged into a PC and used to play any game on your PC," he wrote. "The idea behind it is that you could in theory customize the layout of the controller hardware to your own specification."

Leigh and his team envision the technology being used to 3D print functioning electronic devices, making those devices more individualized. This could, he says, reduce electronic waste by customizing products to make them closer to what users want, and fitting their unique needs. Another application could be embedding sensors in products and monitoring how people use them, so designers could better understand how people tactilely interact with products.

The most immediate, short-term use Leigh envisions is giving the next generation of young engineers the hands-on experience of designing and producing electronic products in the classroom with advanced manufacturing technology like 3D printing. According to Leigh, existing open-source electronics and programming libraries can be used for monitoring the printed sensors.

One of the biggest advantages to 3D printing electronics is the fact that sockets for connecting the devices to equipment, such as interface electronics, could be printed out, rather than using conductive glues or paints. That's the research team's next step: to print more complex structures and electronic components, including the wires and cables that connect the 3D printed devices to computers.