Will World War III be fought in the cyber world? 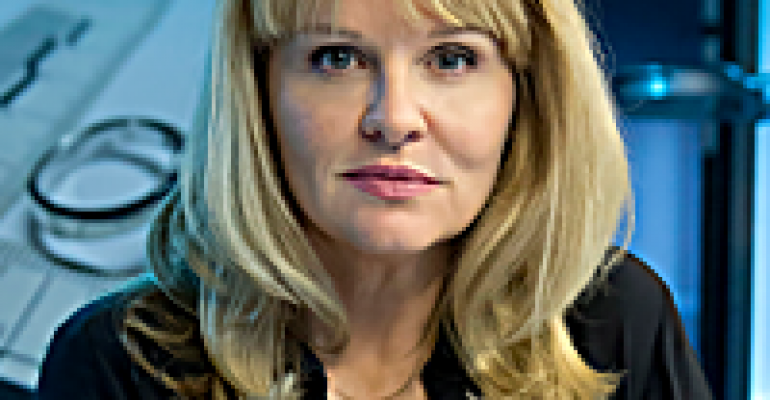 Hacking has become a full-time career option, a weapon of mass disruption and a way of compromising privacy on a global scale. The billions of connected devices being bought by businesses and consumers every year is expanding the attack surface at a rapid rate. So, are individuals and industry dealing with the challenge of protecting their devices from cradle to grave? If not, what needs to change and how quickly? Do we now need a more human-centered approach to how we design and engage with technology that reduces our vulnerability to threats and makes us more empowered?

Cyber-psychologist Mary Aiken will address such questions as a panelist keynoter at ARM TechCon in Santa Clara, Calif., this month. Specifically, she will answers questions about the role of psychology in fighting cyber threats during the presentation, “Avoiding a Hacker’s Paradise,” on Oct. 25, 2017 at 9:50 am.

Ahead of her talk, we asked Dr. Aiken about her work in cyber-psychology and how cyber dangers have changed in recent years.

Design News: Could you describe what it means to be a cyber-psychologist?

Aiken: Cyberpsychology is the study of the impact of technology on humankind. This involves everything from virtual environments to Internet psychology. My specialist area is Forensic Cyberpsychology, which focuses on abnormal and criminal behavior online. Cyberpsychology has been described as the “new psychology” and as a discipline is expected to enjoy exponential growth due to continued rapid acceleration of Internet technologies, and the unprecedentedly pervasive and profound influence of digital connectivity on human beings.

Design News: I’ve noticed your study of technology has moved from “humans interacting with technology” to cybercrime and cyberstalking. Has this been prompted by a growth in the nefarious use of technology?

Aiken: Many years ago, in one of my first lectures in Forensic Psychology the lecturer opened the lecture with “if you want to live a long and healthy life - then you should change your next of kin frequently”.  He was referring to incidences of domestic homicide, where the death of a person has resulted from violence, abuse, or neglect by a person they are related to or have been in an intimate relationship with. The lecture was inspirational and I became fascinated by forensic science.

Many years later I studied cyberpsychology and published papers on cyber babies; the impact of technology on the developing infant, and cyberchondria; that is, anxiety induced by escalation during online health-related search to review morbid or serious content. I became increasingly intrigued by how human behavior could mutate and become amplified and accelerated online, specifically criminal and malicious behaviour. This led me to focus on research in the areas of organized cybercrime, youth hacking, cyber behavioural profiling, and human factors in cybersecurity. It also led to my position as an academic advisor to Europol’s European Cybercrime Centre.

Design News: In the time you studied cybersecurity, have you seen a change in the type of people engaging in cybercrime?

Aiken: The one phenomenon that is most alarming is the increase in the number of young people engaging in cybercriminal activity – everything from hacking to cyber fraud. The Australian Bureau of Crime Statistics and Research recently reported a surge in cyber fraud offences committed by people under 18 years.

In a recent survey, roughly one in six teenagers in the US, and one in four teenagers in the UK, reported that they had tried some form of Internet hacking. Law enforcement have noted that young people, particularly IT literate boys, are increasingly committing cybercrime offences ranging from money laundering for criminal gangs, to hacking, to use of remote access trojans (RATs) – that is, malware that can log keystrokes, lift passwords, encrypt files and hold them for ransom, and is used for everything from blackmail to financial fraud.

Design News: Have you also seen a change in the way people and organizations are protecting themselves from cybercrime?

Aiken: Recent reports have highlighted the vulnerability of insecure Internet of Things (IoT) devices. In 2016 we had the first massive attack originating from connected devices, as the Mirai malware transformed around 150 000 routers and CCTV cameras into a DDoS botnet. This botnet was involved in several attacks, including one targeting internet infrastructure on the West Coast of the United States.

The sheer volume, velocity and variety of cyber-criminal activity online from large-scale data breaches to ransomware attacks means that increasingly organizations will need to deploy artificial intelligence solutions in order to protect themselves.

Design News: Do you see developments in cybersecurity sufficient to keep up with advances in cyber-attacks?

Aiken: There has been some interesting work undertaken in terms of comparing how the human immune system operates, and how a defensive network policing the Internet of Things might operate. A technological immune system would aim to detect illness in edge devices through sensors. The system would have the ability to quarantine unhealthy devices and deliver automatic treatment.

Design News: Should governments get more involved in cyber protection of its citizens and organization?

Aiken: Government does have a role to play in terms of determining policy regarding cyber security – individual organizations and enterprises are at present responsible for their own security - when it comes to citizens I believe that cyber security starts at home.

Design News: Will World War III be fought in the cyber world?

Aiken: First of all, I hope that we never have a World War III. However, war in cyber contexts is a distinct possibility, if not probability. Just last year NATO declared cyberspace as a "domain of operations," acknowledging that the wars of the future will be fought on land, sea, air, and on computer networks.