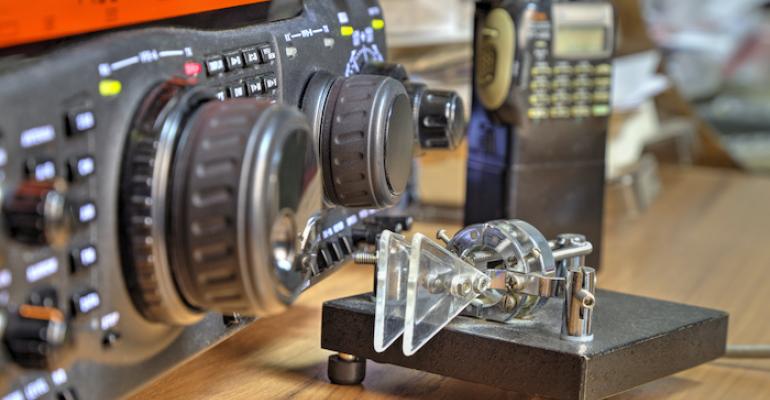 Since the coronavirus pandemic hit the U.S., a record number of ham radio candidates have prepared for tests and achieved their FCC license.

Although often seen as a volunteer support group aiding communications during natural disasters, most amateur ham radio enthusiasts simply enjoy the do-it-yourself (DIY) nature of putting together and improving their radio stations while communicating with the world-wide community.

According to the American Radio Relay League (ARRL), the national association for Amateur Radio in the US, defines Amateur Radio as a valuable volunteer emergency communications service and public resource. Since 1914, amateur radio – also known as ham radio – have been working in basements, attics and outside RF shacks, tinkering with their and communicating around the global with other ham operators. People from all walks of life use ham radio to talk across town, around the world, or even into space, all without the Internet or cell phones.

But unlike Citizen-Band (CB) radios, all amateur radio operators must pass at test from the Federal Communications Commission (FCC). Interest in the use of amateur radios and especially in preparing and taking the FCC tests have soared with the exponential rise of the coronavirus outbreak.

The FCC reports that there are more than 765,000 amateur radio license holders in the U.S., while noting a recent increase in the number of new ham licenses since the COVID-19 pandemic. Various sites that provide online courses in preparations for a ham radio test also acknowledge the increase in interest. For example, HamRadioPrep.com claims to have experienced a huge surge in new students in the last few weeks of March 2020, stating that the number of persons signing up for the amateur radio license courses, “has soared more than 706% since news of the coronavirus outbreak dominated headlines. At the same time, the FCC shows a 7.1% uptick in new amateur licensees in the first week of March in 2020 vs the same week in 2019.”

In addition to emergency communication support, ham radio operators have been helping build DIY medical equipment during the COVID-19 crisis. For example, George Zafiropoulos (KJ6VU), a ham operator in the San Francisco Bay area and well-know ham podcaster, has designed a development board to do ham radio projects with microcontrollers (Arduino, PIC, Raspberry Pi, Feather).  A few fellow hams picked up the design and are now using BenchDuino to test valves in home brew ventilators with the University of Florida. Check out their Facebook page to learn more.

George’s regular Ham Radio Workbench Podcast is geared to the hands on DIY type technical ham. Details about the BenchDuino design that was adopted by the U of F ventilator project can be found on this link.

DIY engineers and techs can see details of the ventilator project on groups.io by searching for message topic is "High Cycle Rainbird and Passive Valve Testing". Many amateur radio operators were involved with this project including Jack Purdum, W8TEE, Gordon Gibby, KX4Z, Farhan in India and many others, working in conjunction with the University of Florida.

A more traditional way that ham operators help during national crisis is found in the Medical Reserve Corps (MRC). The MRC was created as an extension of the Freedom Corps, which was created after the September 11th attacks in 2001 as a coordinating council with the goal of, “working to strengthen our culture of service and help find opportunities for every American to start volunteering." The MRC has close ties with agencies within the Department of Health, which is why the primary goal of the MRC is to function as an auxiliary to medical first responders.

Amateur ham radio operators help the MRC in many ways. For example, operators support non-critical HIPAA compliant communication across “points of dispersing” (PODS) stations, such as those that offer vaccines for influenza or possible COVID-19 to elderly patients or first responders. Servicing such patients are often best done at isolated temporary healthcare locations that avoid the general public. Also, this support helps alleviate tying up key medical professional and supplies desperately needed in regular hospitals.

General wellness is another area where amateur radio operators contributed during emergencies. In a public crisis, the MRC typically staffs call centers and COVID-19 hotlines for local communities. To help ease the overburdening of cellular networks, amateur radio operators can provide another mechanism of communications between volunteers are providing food or delivering supplies.

Another wellness activity provided by hams is the hosting of daily wellness discussions via their local repeater antennas. Admittedly, this usually only helps older ham’s feel connected and not alone. Still, it does provide an outlet for them to reduce outreach to primary channels.

The coronavirus outbreak has proven to be a very different type of crisis from natural disasters like hurricanes, fires and earthquakes. During those catastrophes, ham operators typically support communications for auxiliary functions with the Red Cross.

“In practice the Red Cross is better deployed for larger scale situations that have more of an international humanitarian aid focus, such as major storm or property damage like 9/11, Katrina, Sandy, Tornado, etc.,” explains Steve Bossert (K2GOG), a ham operator active in the MRC chapter in Dutchess County NY. “Chapters of MRC are designed to operate on a county by county basis to directly serve the areas for which they are responsible. The MRC is also better at thinking about leveraging VHF/UHF resources this way compared to HF resources from an amateur radio perspective.”

The Overlook Mountain Amateur Radio Club (OMARC) in New York is just one of hundreds of area amateur radio clubs across the nation that are doing wellness nets. The OMARC offers such nets on a wide area 2m repeater every evening at 6PM.

The popularity of amateur ham radio among DIYs cannot be denied. The hobby and service have even found its way into Hollywood. In one example from few years back, the storyline from the ABC television series Last Man Standing, starring Tim Allen, featured an amateur radio shack.

If you currently hold a ham license or hope to have one soon, be sure to connect with those ham operators mentioned in my story. You might even catch me evenings or weekends at KG70NX.