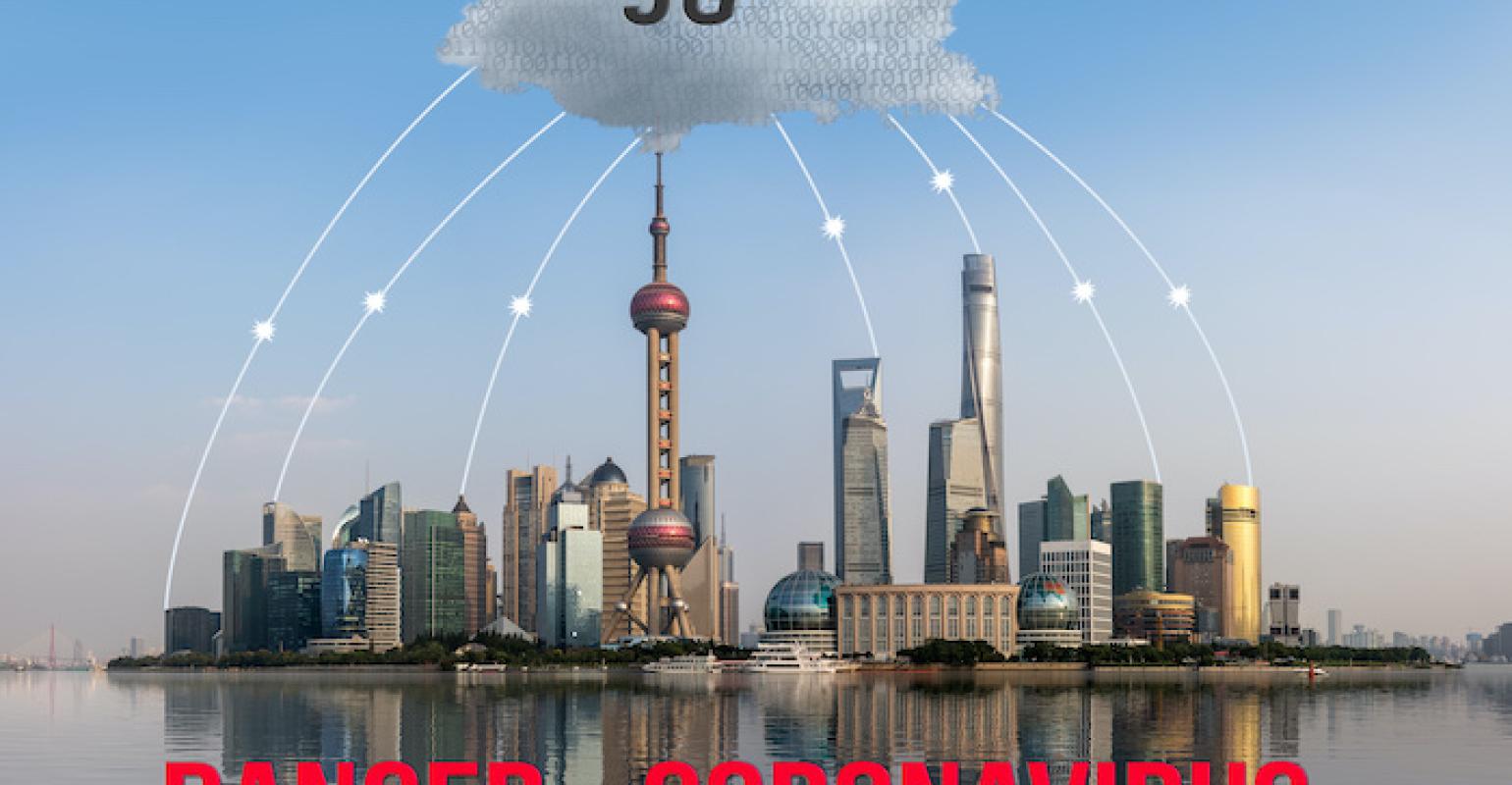 The emerging COVID-19 economy will upend many previous economy predictions but does that include 5G technology?

Recently, SEMI sponsored a virtual economic outlook webcast. One of the invited speakers was Matthew Short, Senior Research Director of Transformative Technology at Omdia. His talk focused on 5G technology in the era of COVID-19.

Short started by noting that the global economy was already slowing before the onset of the coronavirus pandemic. This slow-down was greatly exacerbated by COVID-19, which will affect the shape of the economic recovery, whether it will look like a V, or a W or Charlie Brown's T-shirt which zig-zags up and down repeatedly. Regardless of the shape, the driving factors are not only the decrease in overall sales volume but also the slowing in industrial production. The latter has now become the critical driver – or vector – that is pulling the economy down. Meanwhile, the vector pulling the economy up over the last several years has been real goods and services. If that vector starts pushing down – as is happening now – then there will be a double force pushing on the economy, explained Short.

Before COVID-19, the IOT was associated with devices like cell phones, handheld devices, PCs and Macs. More importantly, 2021 was the year that industrial electronics was going to become a larger percentage of the IOT market than the traditional consumer market, said Short. From 2021 to 2030, both commercial and industrial electronic were predicted to contribute the largest margin of installed devices. Automotive and transportation were set to begin accelerated growth in 2020, tripling about every 36 months through 2030. Thanks to the aging Baby Boomer population investing more in health devices, the medical market was expected to grow 23% from 2013 to 2030.

These predictions have been altered due to the coronavirus pandemic.

Even now, the IOT remains a critical driver in tying all of the markets together. 5G is an important element in achieving that goal especially with things like ultra-reliable low latency connectivity (URLCC), which allows control of things requiring very high data rates. The emergence of 5G technology was based on the fast tracking of the standard for Release 16 and Release 17. However, the postponement of the Mobile Congress and other events have slowed down the in-person meetings that are essential for making real progress with the standard. Online meetings help but just aren’t as productive as the types of discussions and agreements that take place over dinners and cocktail.

For those reasons, Short believes there’s a real chance that these specs will be pushed out, resulting in a delay of the IOT being able to drive 5G deployment.

It was hoped – as Short noted earlier - that the industrial factory IOT market would be very strong and serve as a real driver for 5G deployment. While that was an encouraging prediction, one of the remaining challenges with a robust 5G deployment is a killer use case. Some promising applications, like asset monitoring, still look good but the revenue from such apps is relatively low. There are a few more promising apps, but not really that many – maybe 10 good user cases for 5G all together, explained Short. Traditionally, analysts would like to see 20 to 30 good use cases to drive adoption of a new technology. Even before COVID-19, these use cases were missing. Thus, it is predicted that demand growth for 5G will probably stall.

As mentioned earlier, the global economies were slowing down even before COVID-19. This might be seen as a cycle of the industry. But Short doubted that few would have predicted that a global pandemic would hasten this slow down. On top of that, there now exists an oil price crash that's leading to a huge capex cuts and negative trickle-down effects to the economy.

So, where does 5G deployment go from here? At Omdia, Short and his colleagues have been working on three scenarios since the early part of 2020. Like everyone else, they have a T-Shirt sizing of the impacts, i.e., small, medium and large. In the small size, the impact is short lived with maybe a small dip from a mobile infrastructure perspective. In this scenario, China still deploys 800,000 5G systems like next generation radios and the like. Obviously, that is not going to happen.

The medium sized impact T-shirt is really the short-lived scenario in Short’s chart. This is the V or U-shaped recovery curve in which the economy – especially in the U.S. - starts to see second half recovery in 2020. In this case, the economy is still mainly supply driven. When coupled with the major economic stimulus packages from the Federal Government, the service providers revisit their 5G rollout plans but things more or less move ahead with a delay but time to catch up in the next couple of years.

However, things get more difficult if the scenario has a long-lasting impact, i.e., if the recession that most people are beginning to experience turns more downward. This might happen if the virus lingers into the summer, if mass testing remains unavailable and lockdowns become more intermittent. Short observed that even if that amount of time is one year to 15 months, that would definitely be enough to delay the Release 16 completion into next year while also pushing out Release 17 of the 5G standard. So, there would definitely be an impact.

Where are we today? According to Short, we are in the margins between scenarios. But describing rollouts – or pandemics – with scenarios is a tactical approach to viewing a situation. But perhaps the 5G rollout needs to be seen as a paradigm shift, suggested Short. For example, we might well be in a substitution phase at this point in time. This means there will be an economic impact over the next 12-18 months. Consumers aren’t traveling but they are purchasing household items and technology to offset the time. Additionally, they are still still supporting local businesses and the micro-economy stays pretty much the same.

However, longer term social impacts or paradigm shifts are beginning to emerge. Short suggests that a new norm will be established with cultural shifts. Travel will change dramatically, office and work from home balances will look very different. Further, AI and automation will dominate from doorbells to payment to delivery and workforce replacements will emerge.

Short foresees big fallouts will occur as there is a lack of robustness in the supply chain. The Super7 become the Mega7. And the divide will widen between the digital haves and the have-nots.

The key takeaways from Short’s presentation focused on the digital haves and have nots, as well as how companies will begin to position themselves for the post COVID-19 economy. Still, the current impacts are staggering.

Global real GDP growth is projected to slow from 2.6% in 2019 to 0.7% in 2020, below the 2.0% threshold for a world recession. To soften the fall, the U.S. government is deploying massive fiscal and monetary stimuli. But uncertainties remain, including a more severe pandemic or “second wave”, further increases in unemployment, and rising debt levels.

In terms of 5G development and rollout, the adoption is going to be evolutionary not revolutionary. Standardization around URLCC has not be finalized yet so we have not seen the real-time capabilities of 5G. But the future will be about the digital have and have nots. Finally, companies will be differentiated as to whether they offer a solution to help jumpstart the economy post COVID-19 or not.

Handing Production to the Robots? It’s Getting Cheap and Easy
Jul 14, 2021

A Device Used to Treat Severe COVID-19 Patients Is Now Being Tested for Septic Shock
Jun 28, 2021