Visualization and virtual reality tools allow design engineers to build virtual prototypes that can be manipulated collaboratively. You can swap out materials and store data within the file.

Visualization and virtual reality (VR) platforms have taken on a wide range of design tasks beyond simply showing the visual details of a product. Visualization has become a collaborative tool for showing the details of the object in a stage when it can be easily altered by its community of customers, vendors, and partners. As well as depicting the product visually, virtual reality tools contain layers of data, from materials to component pricing. This gives the design team and collaborators an opportunity to see how changes impact everything from strength and appearance to cost and manufacturability. 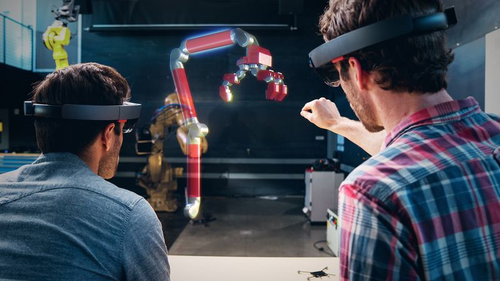 Autodesk engineers collaborating through the use of virtual reality.
(Source: Autodesk)

Visualization and VR offer a very close approximation of the object prior to creating a physical prototype. “Virtual reality has the ability to significantly impact the design review process,” Gavin Quinlan, senior director of CAD marketing at PTC, told Design News. “By allowing the design team to experience a product in a virtual environment, it would be possible to understand the product in a way that is not possible on a desktop monitor.”

The VR model can be viewed in its actual size to give the design team an exact replica -- though digital -- of the object. “Working with an object in full size enhances your ability to understand whether service procedures can be carried out easily,” said Quinlan. “You can see if a panel can be accessed or whether components need to be moved to make the service tasks easier.”

Play With the Object Before Building the Prototype

One of the major advantages of a VR model is that it can still be manipulated. “Attributes of the object can be moved in real time. You can manipulate it before you build a prototype,” Garin Gardiner, Fusion 360 manager at Autodesk, told us. “If you’re designing an object and you want light to fall across it a certain way, or you want to paint it a certain way, you can do it virtually. This reduces the cost of building extensive prototypes.”

Because the VR model is lifelike, the design team can try out attributes that usually are not brought to the object until the physical stage. “We find that people will put details into a model that are often not added until they build a prototype. With virtual reality, you can see the big and the little details,” said Gardiner. “You can put a logo or a recess on the object and see how it looks. In the past, you wouldn’t know if it fit right until you did the prototype.”

In VR, you can see the effect of using different materials. “Engineers can go to their materials library, try some shiny, some mat, and see how it falls across the object,” said Gardiner. “You can tell it’s a computer-generated model, but it’s close enough to the real thing that you can see how different materials affect the object. It’s the next best thing to a physical object. It’s actually better because it can be manipulated.”

Engineers have started using the HoloLens VR tool from Microsoft to examine and alter an object. With the lens on you can see the 3D object and interact with it. “HoloLens is a lens tool that you put on your head. It operates wirelessly, and it’s linked to a computer or streaming program,” said Gardiner. “We have a demonstration that shows two engineers at their desks. They each put on a HoloLens and a 3D model appears between them. They can have conversations about what if we moved this or that.”