Researchers working with additive manufacturing have said multimaterial techniques will allow industry “to fabricate materials with combinations of density, strength, and thermal expansion that do not exist [yet].”

Additive manufacturing (AM) machines have moved far beyond thermoplastics and photopolymers as the only media, with many now able to handle metals, ceramics, and other materials. However, most machines are still limited to a single-material build, which has set a limitation on the technology when many finished products today require multiple materials. But innovators in the field are beginning to release multimaterial 3D printers, capable of producing parts with complex and variable properties.

Jon Harrop, director of technology research firm IDTechEx, told Design News that “multimaterial printing will ultimately be hugely disruptive, but it will be many years or even decades before we leverage its full potential.”

In the shorter term, Harrop thinks the most promising use of multimaterial 3D printing will come in the electronics space. We are already seeing, he said, “the first generation of printers making objects from electrically conductive and insulating materials,” which could allow a North American company, for example, to produce printed circuit boards (PCBs) quickly and affordably at a domestic location rather than having to farm them out to China. “So the first market will be rapid prototyping PCB design,” he said. 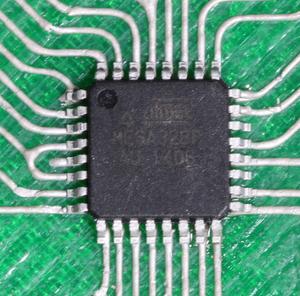 Nano Dimension is bringing to market the first 3D PCB printer, which the company calls Dragonfly. The printer is capable of producing multilayer circuit boards for prototyping and small runs, using ink-jet deposition of silver nano-inks.

Voxel8 has released a multimaterial printer for electronics that uses a material that consists of a thermoplastic matrix with a highly conductive silver ink that can be dispensed and dried at room temperature. Circuits can be laid down on a matrix, integrated into larger objects, and connected to electrical devices and semiconductor chips. Voxel8 says it plans to expand its offerings, developing machines and materials capable of producing “resistors, dielectrics, stretchable electronics, and sensors -- and even lithium ion batteries.” 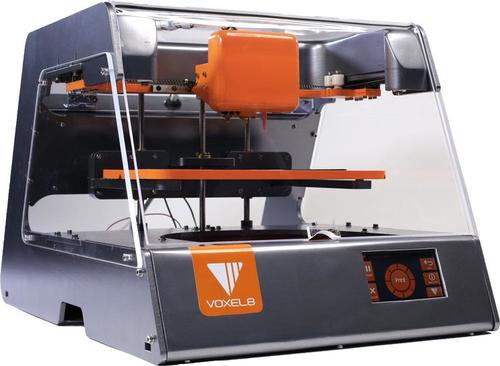 Beyond the electronics space, multimaterial AM lets a designer create a single-unit part with a complex and intricate shape and with properties that vary across its geometry. This could produce yet another wrinkle in AM-versus-injection molding intrigue.

Current injection molding technology, he said, “requires a way to clamp the insert with the mold and do the rest of injection,” but “3D printing allows free-forming of the insert inside the part.” The designer could configure those four basic toothbrush parts in any number of permutations or add totally new capabilities. “You could have an isolated hard component dispersed in the soft handle, or reinforcing metals tailored as the backbone in the plastics, or conducting circuits inside the silicones for novel medical components,” Sun noted.

MORE FROM DESIGN NEWS: It’s Time to Get Your Feet Wet in Additive Manufacturing — and Production

Stratasys released its first multimaterial 3D printer in 2007. Its Connex3 systems are capable of working with 14 different base materials, allowing for hundreds of two- and three-component mixes that offer a range of property variations with color, biocompatibility, rigidity, thermal resistance, and optical level (from transparent to opaque). In a single build, the machines are able to mix three different base resins in pre-set configurations that can produce up to 82 different material properties.

In 2016, HP plans to release the new Multi Jet Fusion technology, capable of employing various materials across a given object, point-by-point, at the level of the voxel (volumetric pixel). It will achieve this by employing various fusing, detailing, and transforming agents and application of energy for curing.

According to HP, its technology will be able to produce variable mechanical and physical properties, including opacity and translucence, texture, strength and elasticity, color, and electrical and thermal conductivity. HP will start with thermoplastics, but the company intends to expand into ceramics and metals.