Milestones in VR and Augmented Reality

Ever since researcher Jaron Lanier coined the term “virtual reality” in 1985, it has been a buzzword among tech enthusiasts. While science fiction imagined the possibilities of placing ourselves in computer-generated, artificial environments researchers, engineers, and inventors have spent decades trying (and failing) trying to make a computer-generated and augmented environments to life.

Now, with major product releases coming from big names like Sony, Microsoft, and Samsung, and big investments by companies like Google and Facebook, 2015 could be the year that virtual reality (VR) and augmented reality (AR) finally pop.

Here's take at the technologies that got us here (for better and worse) and are pointing the way to the future. 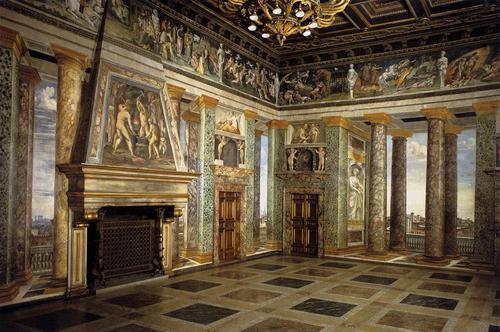 The earliest examples of creating virtual environments go back to the 19th century when painters such as Baldassare Peruzzi began creating large scale panoramic works such as his Sala delle Prospettive, designed to give the viewer the impression of being completely immersed in a setting. The Atlanta Cyclorama, which depicts the Civil War's Battle of Atlanta is another example and, with a circumference of 358ft, is one of the largest oil paintings in the world.
(Source Wikimedia Commons)

Your direct link to advanced design and manufacturing products and suppliers
Search for products & manufacturers:
Next Class: Coming Soon
END_OF_DOCUMENT_TOKEN_TO_BE_REPLACED

I'm sorry, but there are currently no polls set to appear here.
END_OF_DOCUMENT_TOKEN_TO_BE_REPLACED