What’s topping the list of Americans' holiday wish lists this year? Internet of Things-related and other smart, connected gadgets, according to a recent survey.

What’s topping the list of Americans' holiday wish lists this year? Internet of things (IoT)-related and other smart, connected gadgets, according to a recent survey.

MyDevices, which develops middleware platforms and application solutions for the IoT, polled more than 2,000 adults in the United States aged 18 and over in its “IoT for the Holidays” survey to determine their attitudes toward the IoT and connected technologies, and found that they were overwhelmingly positive.

So positive, in fact, that 61% of those polled said they wanted IoT gifts for the holidays, with 30% hoping for smart TVs, 19% for streaming media players, and 18% asking for smart watches. 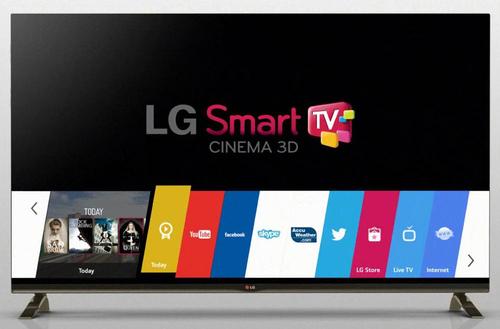 Smart TVs like ones from LG are topping the list of connected devices people want to receive as holiday gifts this year, according to a survey sponsored by myDevices.
(Source: LG)

“Smart TVs are an easy and obvious entry point into IoT, especially for those unfamiliar with what it is and promises to do,” said Kevin Bromber, CEO of myDevices, in a press release about the survey. “But soon Americans’ households and workplaces will be full of smart devices that make their lives easier. … We’re on the brink of another technology revolution that will change the way we all live and work.

Bromber believes that in five years, 100% of American households will have connected devices and be actively using the IoT.

People in different regions also responded differently to wanting IoT gifts, with people in the South and the West seeming to have slightly more interest in being gifted the technology this year than their counterparts in the Northeast and Midwest. Sixty-seven percent of respondents in the West said they wanted IoT gifts this year compared to 66% in the South, 56% in the Midwest, and 54% in the Northeast, according to the survey.

READ MORE ARTICLES ON THE INTERNET OF THINGS:

The survey -- conducted online within the US by Harris Poll on behalf of Bospar from Oct. 29 to Nov. 2 -- also found out a bit about the current habits of US households and their use of smart devices. Fifty-one percent of those surveyed said they have smart devices connected in their homes, with TVs again being the dominant device (35%). Other smart devices people are already using include streaming media players (23%); wearable fitness trackers (10%); home security systems (10%); smoke detectors (8%); home thermostats (8%); and home lighting (8%).

At the same time, according to the survey, people with kids under age 18 also are adopting the IoT a bit earlier than those without children in this age group, with 71% of parents with children under 18 in the home saying that they have connected devices, compared to 43% of those without.