The earbud technology could be an important move for Samsung because the human ear is said to be one of the best and least intrusive locations for accurately monitoring the heart. “We can pull all the heart rate information off the waveform at the ear and we can get blood pressure information, too,” Steven LeBoeuf, president and co-founder of Valencell, told Design News. “We can’t do that at wrist right now because the wrist doesn’t have the same blood perfusion.” 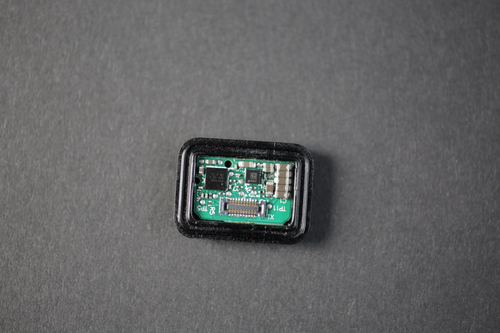 Valencell provides its software algorithms on a chip to partners who use the sensor technology in their products. The algorithms include a method of signal extraction that characterizes and removes noise.
(Source: Valencell Inc.)

Samsung announced the introduction of ear-based heart-rate monitoring in July on a device called the Gear IconX, but it has not yet said whether that product makes use of the Valencell technology portfolio.

Valencell’s sensor technology is similar to the kind used in wrist-based heart monitors. It employs an LED to emit light, then employs an optical sensor to measure the amount of light that bounces back. Algorithms actively characterize and remove noise from the returning signal, then send out a serial data stream that can be used to calculate heart rate, respiration, and blood pressure.

Medical Product Development. Advanced electronics such as hear-rate monitors are playing a greater role in healthcare than ever before. Learn what is happening now and what to expect for the future in the "Medical: Achieving Product Development Goals With Sensors and Data Management" track at Medical Design & Manufacturing. Sept. 21-22, 2016 in Minneapolis. Register here for the event, hosted by Design News’ parent company UBM.

Valencell says ear bud technology may turn out to be a better way to monitor the heart for a number of reasons. Blood perfusion is better, motion-related artifacts are less, and there is less skin and tendon to interfere with light from the LED. Also, unlike the wrist, the ear requires little light -- in some cases, a single LED instead of two. LeBoeuf told us his company’s technology may turn out to be as good or better than the conventional chest strap, which is recognized for offering good accuracy, but is considered by some to be uncomfortable.

"The ear is really the most bulletproof spot to measure heart rate,” LeBoeuf said. “And it also has extremely high blood perfusion, which is made manifest at the outer-most layer of the ear. That means we can track your heart rate and your blood pressure in ways that can’t be done at the wrist.”

In general, wrist-based heart-rate monitoring (which is also done by Valencell sensors) is considered highly accurate for applications such as running and cycling, but some users have complained about it in activities such as tennis, boxing, and weightlifting.

Valencell’s biometric earpiece agreement with Samsung is not its first. The company’s patents, as well as its product development guidance, have also been used in the Jabra Sport Pulse, SMS Audio BioSport, and the BioConnected Exercise Earphone. Samsung, however, is arguably the biggest electronics manufacturer to license the technology to date.

”The idea of using light to measure blood flow has been around for a long time,” LeBoeuf said. “But making it more wearable and accurate has always been the challenge.”

Your direct link to advanced design and manufacturing products and suppliers
Search for products & manufacturers:
Next Class: Coming Soon
END_OF_DOCUMENT_TOKEN_TO_BE_REPLACED

I'm sorry, but there are currently no polls set to appear here.
END_OF_DOCUMENT_TOKEN_TO_BE_REPLACED