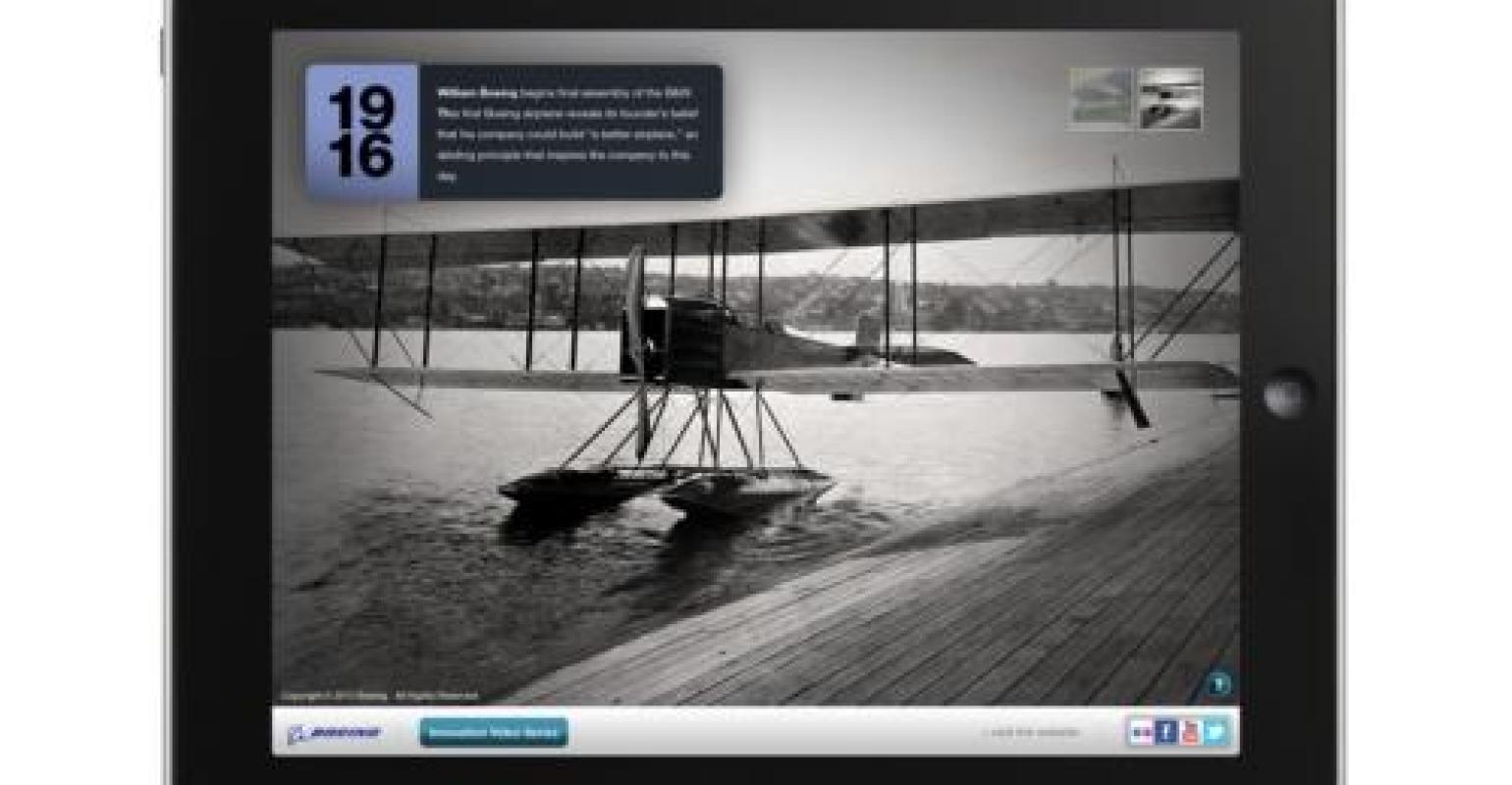 Boeing has designed and released its own custom iPad app, leveraging Apple's tablet device to show off decades of aerospace design to a new generation of tech-savvy mobile users. The Milestones in Innovation app chronicles Boeing's 90 years of innovation with images and an interactive timeline that highlights aviation designs from the company's first airplane, the B&W, to its most recent state-of-the-art design, the 787 Dreamliner. 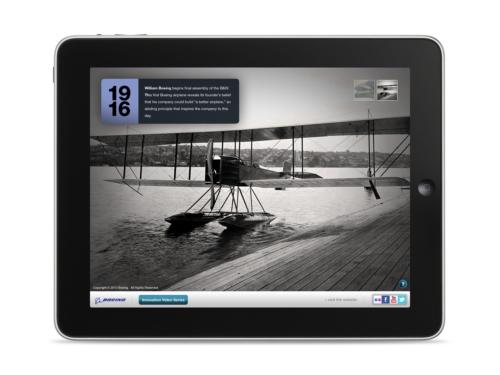 The app also includes four videos from Boeing's "Inspiration to Innovation" series, which depicts changes in design over the years and interests in exploring green fuel options, among other highlights in the company's history. Calling the app a "digital coffee table book," Fritz Johnston, Boeing's vice president of brand and advertising, said in a press statement that the iPad's Retina display -- a pixel-dense LED that allows for high definition and sharpness -- makes the device "the perfect canvas" to present Boeing's historical narrative.

The company, founded by Bill Boeing in 1916, continues to change its aviation designs to keep up with the changing demands of the industry. High oil prices and environmental impact are among chief concerns, and Boeing has changed the design of its newest commercial jets -- the Dreamliner and next-generation 737 Max -- accordingly. Both jets, for instance, have an integrated engine/wing design that will make them more fuel efficient, and the 737 Max will include an innovative new split-tip winglet that will also lower the fuel burn of the aircraft, according to Boeing.