What Is Behind Battery Fires in Electric Vehicles?

Engineering professor provides detailed, straightforward explanation of the causes of thermal runaway, which if not controlled, can cause lithium-ion batteries in electric vehicles to catch fire.

With electric vehicles becoming more popular, there’s also been a rise in incidents of lithium-ion batteries in these vehicles catching fire. There have been over 20 reported incidents of Teslas experiencing battery fires, unfortunately with some related deaths. Tesla has acknowledged the issue and agreed to cover the cost of fires in its warranty. However, concerns over potential fires are likely to increase as the number of electric vehicles continues to grow and reliable solutions to prevent these fires have not been found yet.

The causes of these fires are not a mystery, though. They are rooted in the principles explained by Billy Wu, Associate Professor at Imperial College in London. Several factors can cause thermal runaway, which potentially leads to fires. Battery abuse, caused by mechanical, electrical, and thermal factors, are the conditions conducive to thermal runaway and are described in detail by Wu. Poor operating practices such as overcharging and overdischarging can accelerate the deterioration of the battery, further increasing the potential of thermal runaway. 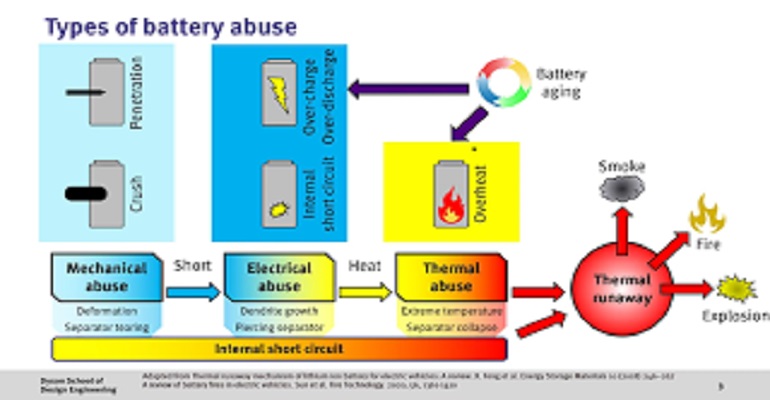 Although battery makers are constantly trying to improve the performance and reliability of their products, Wu says careful management of battery conditions is the best way to minimize the possibility of potentially dangerous thermal runaway.