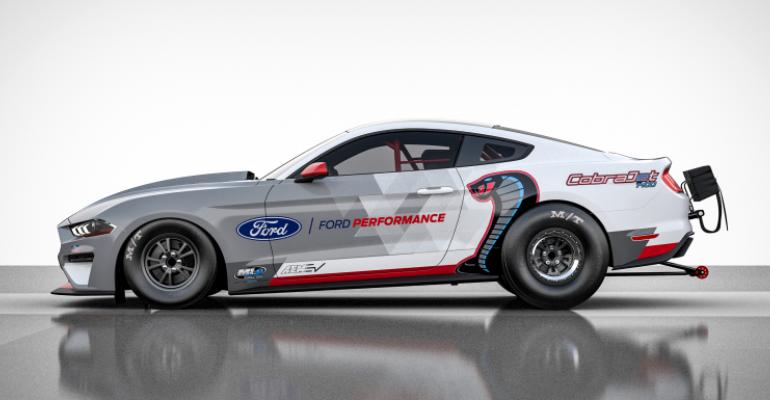 “Cobra Jet” was the name of a big block V8 racing engine when it debuted in the Ford Mustang in 1968. That was when Ford first squeezed a huge 428 racing engine into the compact Mustang for drag racing. The company built another Mustang quarter horse in 1971, this time using the 429, which, despite its similar displacement, is a “385” family engine that is entirely different than the “FE” family 428.

Ford revived the Cobra Jet name in 2008, when the company applied to the car itself for the first time, creating a racing-only specialty Mustang. Two more iterations, in 2016 and 2018, boosted power and shortened the car’s quarter-mile elapsed time.

Now Ford has a one-off prototype electric Cobra Jet that will whisper through the quarter mile. But don’t mistake the car’s lack of audible assault for a lack of power. This new Cobra Jet is rated at 1,400 horsepower, which is enough to shave a few more tenths of a second off its elapsed time. That puts the Cobra Jet 1,400 into the low-8 second range at the drag strip.

“Ford has always used motorsport to demonstrate innovation,” remarked Dave Pericak, Global Director, Ford Icons in a statement issued in the car’s press release. “Electric powertrains give us a completely new kind of performance and the all-electric Cobra Jet 1400 is one example of pushing new technology to the absolute limit. We’re excited to showcase what’s possible in an exciting year when we also have the all-electric Mustang Mach-E joining the Mustang family.” 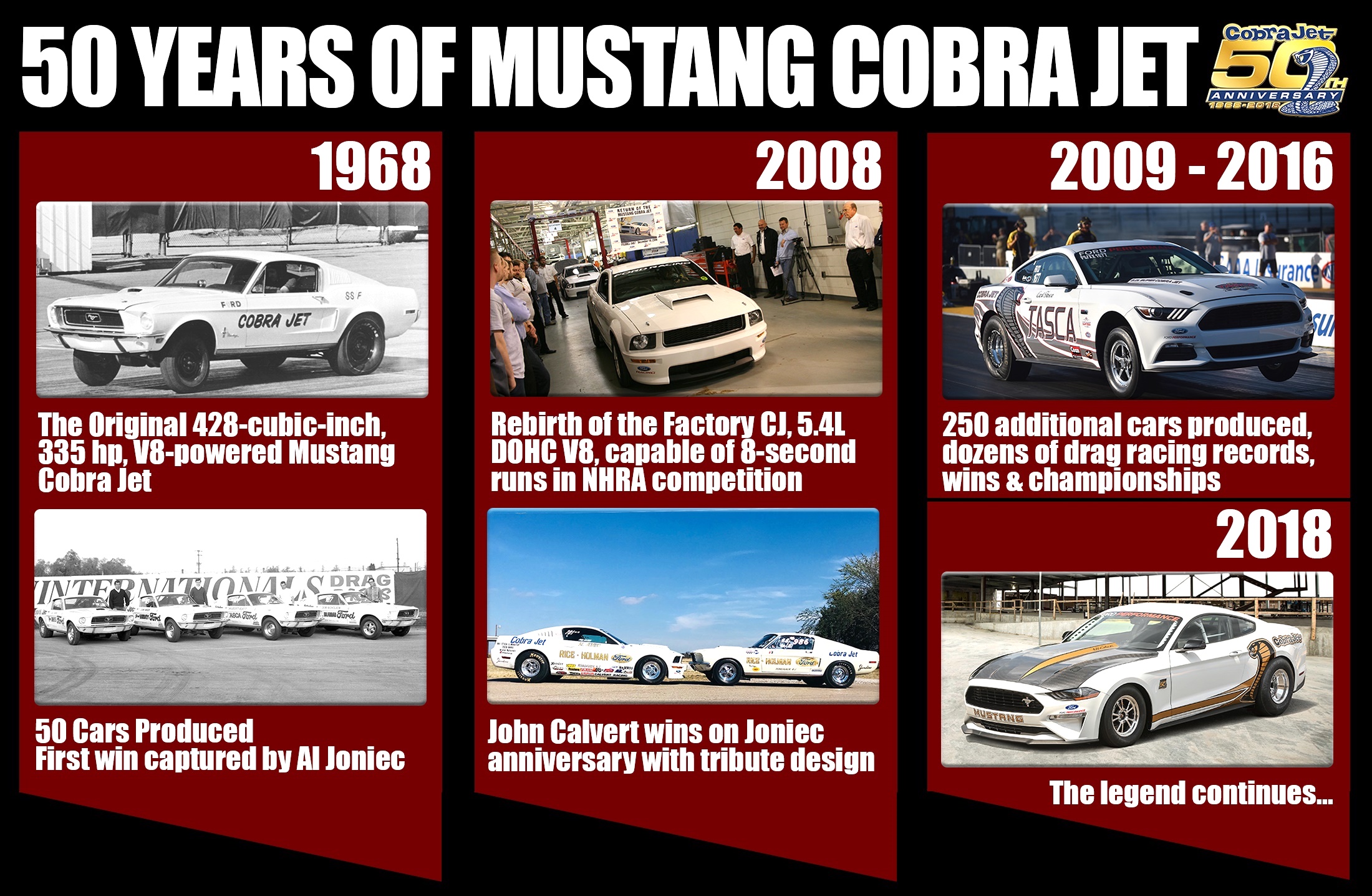 Ford’s race engineers appreciated the opportunity to test their mettle with electric drive, reported Mark Rushbrook, Global Director, Ford Performance Motorsports. “We saw the Cobra Jet 1400 project as an opportunity to start developing electric powertrains in a race car package that we already had a lot of experience with, so we had performance benchmarks we wanted to match and beat right now. This has been a fantastic project to work on, and we hope the first of many coming from our team at Ford Performance Motorsports."

Ford gave a shout out to some of its key partners on the Cobra Jet 1400 project, pointing to MLe Racecars as the vehicle builder, designer, integrator and tuner, Watson Engineering for its chassis support and development and roll cage construction, AEM EV for software and motor calibration and controls and to inverter and motor supplier Cascadia.

An electric Cobra Jet was surely an unimaginable development when the first car debuted in 1968. Maybe the version 52 years from now will instantaneously transport from the start line to the finish line.