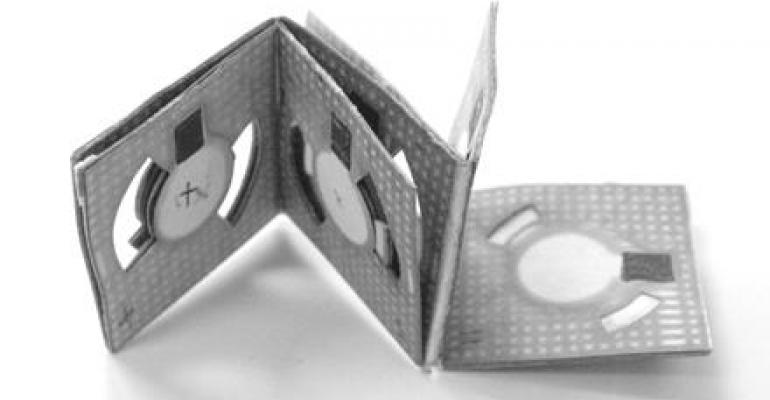 We've told you how origami (the Japanese art of paper folding) has inspired the design of a solar panel that could be used in space. Now a researcher at Binghamton University in New York has emulated this art to design an organic paper battery that can generate energy from wastewater.

Seokheun "Sean" Choi, an assistant professor at Binghamton, has developed a 3D-printed, bacteria-based battery made of paper that costs five cents to develop and folds up into the size of a matchbook. He outlined his research in an article in the July issue of the journal Nano Energy. 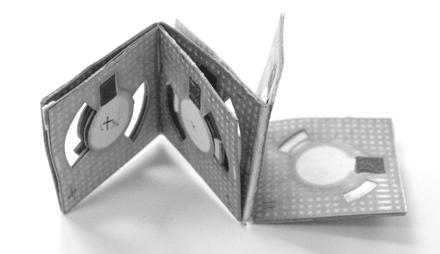 Choi has designed a "fully integrated self-powered system on paper [that] will work independently and self-sustainably as a low-cost and disposable diagnostic device in challenging field conditions such as resource-limited and remote regions," he wrote in an abstract of the article. "The paper-based power source is essential to create the paper-based system." He co-developed the battery with Hankeun Lee, a former Binghamton undergraduate and co-author of the article.

Choi's battery would be well suited for use in these type of environments because of the simplicity of its design and its energy source -- bacteria-containing liquid derived from renewable and sustainable water and wastewater sources. It generates power from microbial metabolism, delivering energy to the rest of the system with water from sources such as wastewater, municipal wastes, biomass, and watershed, according to his abstract.

"Dirty water has a lot of organic matter," Choi said in an article about his research on the university's website. "Any type of organic material can be the source of bacteria for the bacterial metabolism."

For the battery, Choi designed an air-breathing cathode on paper with activated carbon on the sprayed nickel electrode. By applying origami techniques, he created compact and stackable 3D battery structures from 2D sheets through high degrees of folding along pre-defined creases.

MORE FROM DESIGN NEWS: Origami-Inspired Solar Panels Could Be Headed for Space

"The bacterial culture was added into two common inlets of the folded battery stack, through which it was transported into each battery," Choi wrote in his abstract. "For operation, the battery stack was unfolded to expose all air-cathodes to the air, thereby maximizing their cathodic reactions."

Low price and environmental friendliness are two benefits of Choi's battery; however, it doesn't produce very much energy -- mere microwatts at this point. He expects to continue developing the system thanks to a new three-year grant of nearly $300,000 he received recently from the National Science Foundation.