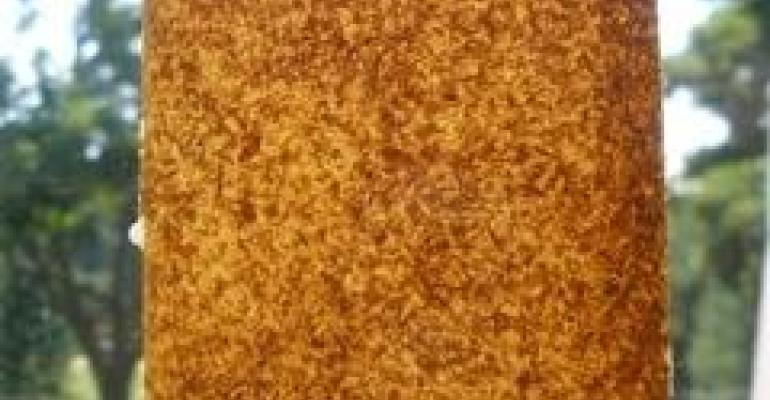 A Michigan inventor says the future is in plastics and wood as injection molded composites.

Wood-plastic composites are not new. They are widely used in decking and other construction projects to replace natural wood. The composites resist rot, and they don't require the toxic chemicals used to preserve wood for outdoor applications. Also, most WPCs used in decking are made from waste wood flour and recycled plastic waste.

Chemists in the plastics industry see beauty in the polymer and the chemicals used to formulate elaborate compounds for everything from cars to medical implants.

Robert Joyce of Lambertville, Mich., sees beauty in cellulose, the ubiquitous component of green plants and trees well known as a raw material used to make paper. The marriage of cellulose and plastics creates a part that that can have strength, thermal stability, and minimal or no odor when processed. Cellulose is also the most abundant, lightest renewable resource. And even though wood-plastic composites can be extruded easily for relatively low-value applications such as decks, they have not worked so well in injection molding machines for a variety of reasons.

Joyce told Design News in an interview that he feels he has overcome those problems by patenting a molded part made from a low-moisture proprietary compound of cellulose flour, wood flour, and polyolefin with improved thermal and adhesion properties. He has also used this low-moisture pellet in a process with nitrogen gas to further increase performance and produce low-density molded parts with a weatherable skin. 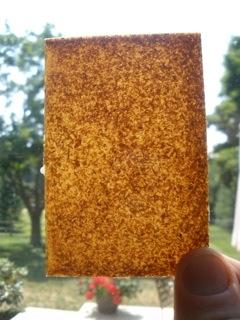 "What has been needed is improved process techniques to improve strength and stiffness-to-weight ratio, as well as reduced warp," he says, pointing to a 1mm injection molded WPC "FibreTuff" plaque that he says exhibits excellent flex strength, increased impact, no warp, and a rich polymer surface.

"FibreTuff, a wood flour and polyolefin pellet in a concentrate or additive, is a new technology that can provide performance improvements at a low cost. The tensile strength has a linear plot, with the wood flour content increasing from 25 percent to 45 percent. Other natural fiber pellets will lose strength as the natural fiber volume increases in the pellet. "

Part of the secret sauce of FibreTuff is a process for maximizing internal adhesion between the wood flour, the polyolefin, and the additives to reduce voids where moisture can collect -- one of the major problems with previous WPCs. Moisture would cause the pellet to swell and would compromise performance.

Another interesting twist to Joyce's approach is the use of gas-assist molding, an approach he perfected when developing a way to make spindle balustrades for decks.

"Fluid assist, preferably nitrogen, an inert gas, can be most beneficial when processing a natural fiber composite," says Joyce. "The nitrogen will mix with a natural fiber composite to improve flow, lower densities, and can compress fibers to increase physical properties." That qualifies as a truly creative insight, and Joyce was awarded a patent for the concept in 2007.

He is operating as a one-man band right now, using a toll compounder to produce pellets, which he offers for sale on his Website at $1.30 per pound. The price drops to $1.09 for 40,000-pound quantities.

"The molder has the ability to laminate hardboard or veneers or textiles without glues or adhesives to polypropylene parts without secondary operations," says Joyce. "The hardboard, with its superior stiffness-to-weight ratio and low cost, can replace many molded parts that have minimal draw that need fasteners or any other three-dimensional capability."

The global market for WPCs is fairly large at 2.4 million metric tons, according to BCC Research. However, consumption by injection molders is very small. Extension of WPCs to injection molding would create a new "green" materials option in a process that allows design of complex shapes.

Joyce's problem, in part, is that many molders are at the bottom of the industrial design ladder. Battered by tough economic times in recent years, many are just trying to survive. They are not breaking down doors to innovate. Also, some have had bad experiences with WPCs in the past.

"I believe the majority of molders have not bought into processing the biopolymers unless forced by the OEM. I have personally witnessed molders refusing to try biopolymers, only to have the OEM eventually back off."

"I think the right incentive will have an immediate impact and help generate cash flow. I would suggest a tax incentive or sales credit on each part produced with a biopolymer by the injection molder."