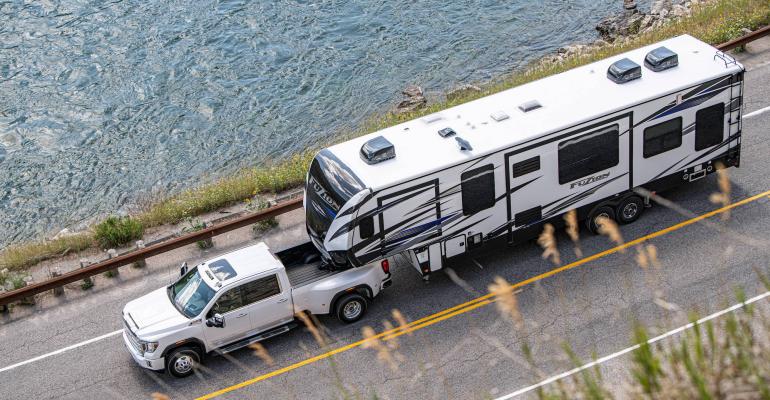 GMC applied its eBoost brake-by-wire technology to a heavy trailer and now the truck stops as if the trailer isn't even there. 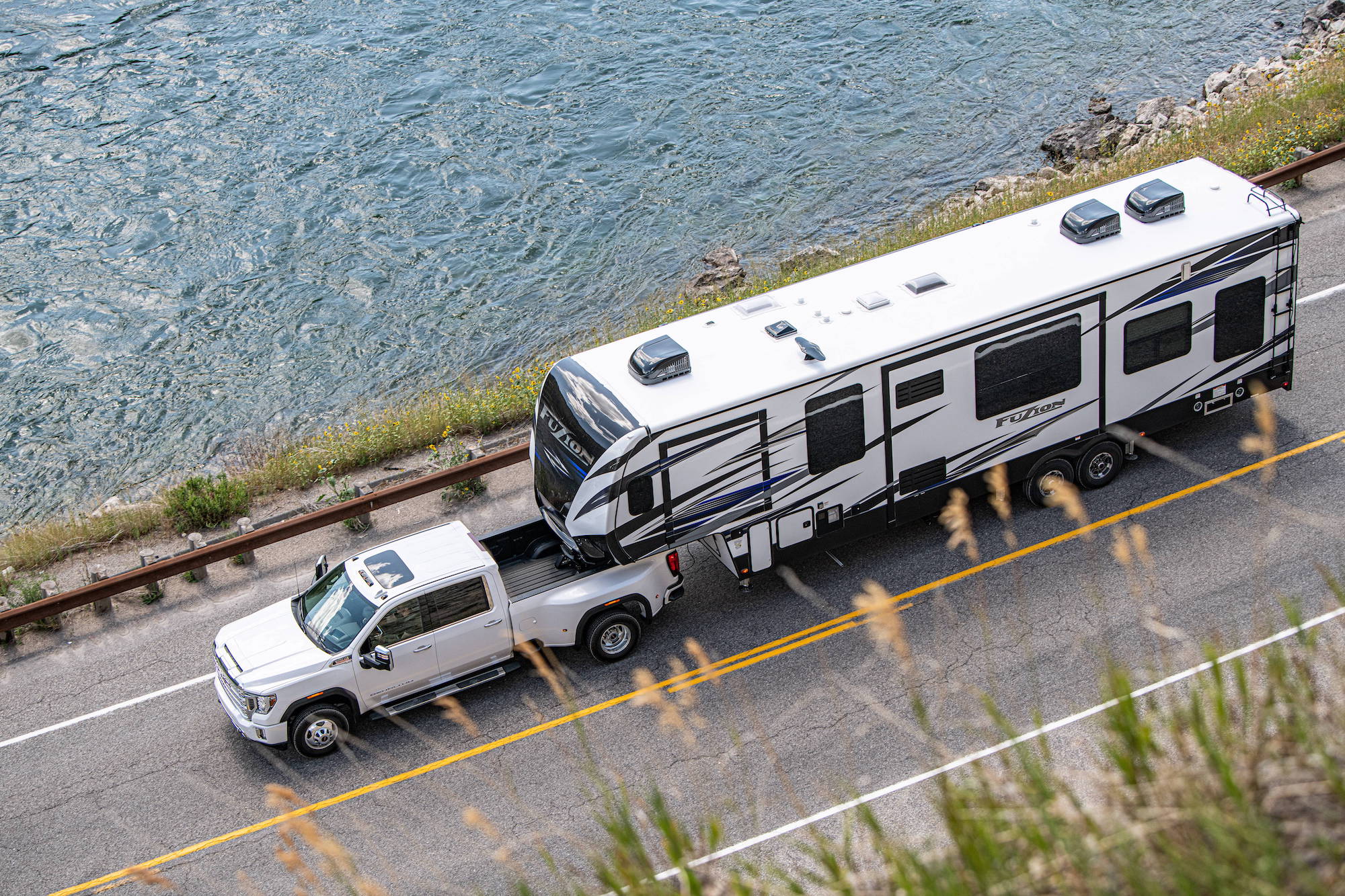 Wouldn’t it be nice if a pickup truck stopped in the same distance even when it is towing a hefty trailer? That was the notion behind a GMC engineering plan to transfer the company’s brake tech from its trucks to the trailers that are hitched to them.

Spoiler: it shaves 20 percent off the truck’s 60 mph stopping distance, an upgrade that equals an eye-popping 40 feet on the road!

GMC touts itself for providing “professional grade” pickup trucks, and one of the tools it uses to demonstrate that is the GMC Sierra’s eBoost brake-by-wire system that minimizes stopping distances for these workhorses. 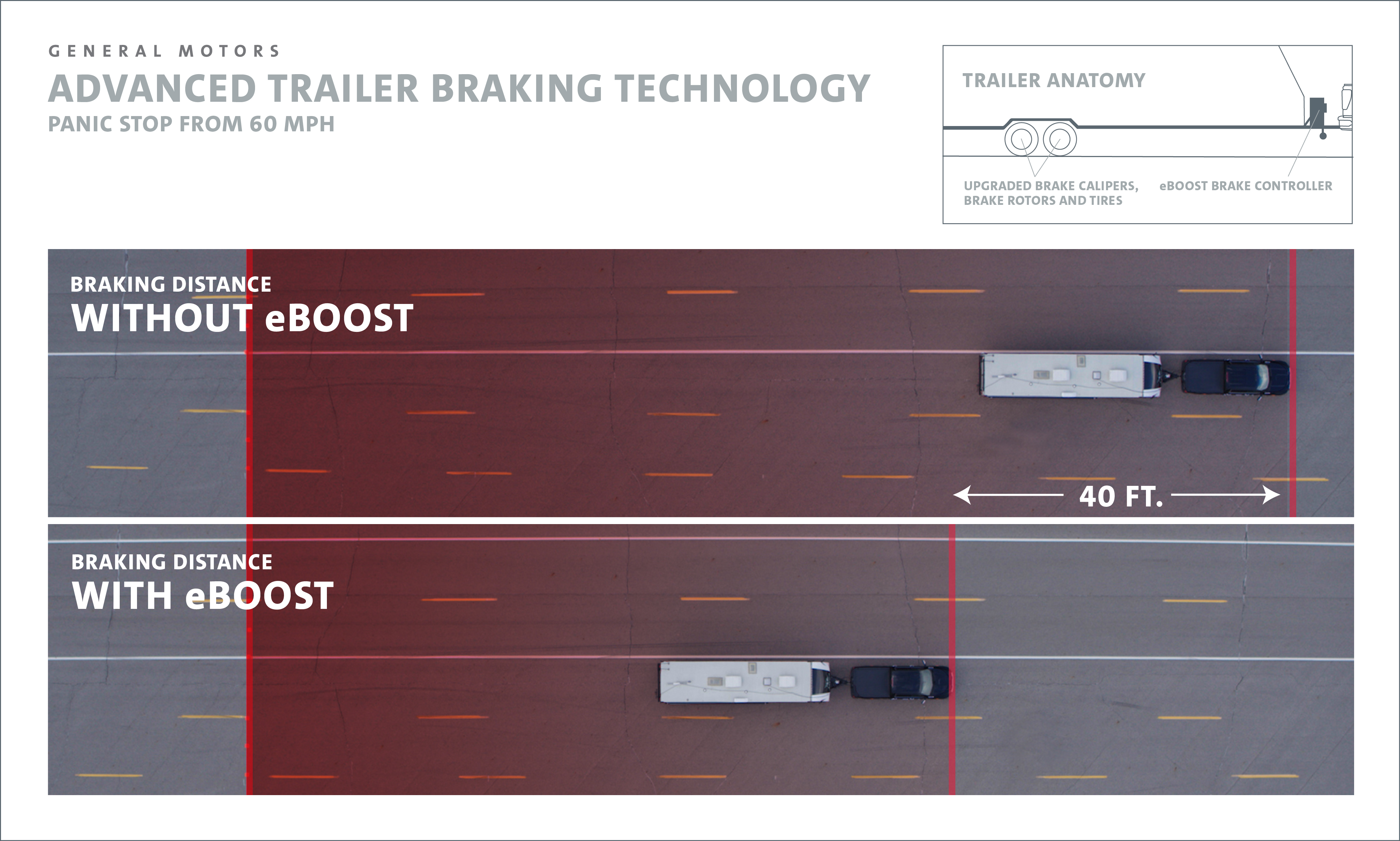 But when towing a 14,000-lb. trailer, the stopping distance of the combined rig is significantly prolonged by the weight of the trailer, which typically lacks correspondingly powerful brakes. So GMC engineers decided that a brake upgrade is in order for big, heavy trailers like large campers, and they’ve swapped the truck’s brake system into a prototype trailer to test the idea.

“The whole project started as part of GMC’s drive to improve trailer safety,” recalled systems engineer Todd Brinkman. “We wondered, ‘What would it take for the truck and trailer to be able to stop in the same distance as the truck alone?’”

That would be a tall order, considering the typical performance of most trailers’ brakes. “Trailer brakes are usually not as authoritative as the vehicle brakes,” Brinkman noted. They normally use brake drums powered by electrical actuators that are controlled by the truck’s trailer brake system.

Recognizing that such hardware has no chance of equally the performance of the brakes built into trucks, GMC engineers took stock of the situation. “We said, ‘Let’s calculate what brake forces we would need for a trailer up to 14,000 lbs.,’ so we identified component requirements, and identified components that would meet those needs.”

That mean swapping in disc brakes like those used on the truck, along with their hydraulic brake calipers and the wheel speed sensors that are necessary for anti-lock brake activation. The brakes are powered by a hydraulic master cylinder that is controlled electrically, just like the eBoost system in GMC’s Sierra light-duty and heavy-duty pickup trucks.

This kind of transplant wouldn’t be possible with a regular brake system, that relies on pressure from the brake pedal directly on the master cylinder to provide hydraulic pressure. But Sierra pickups use an electric system to relay pressure information from the pedal to an actuator that operates the hydraulic master cylinder.

For GMC’s eBoost trailer, that master cylinder is built into a small, self-contained unit that is directed by the signal from the truck’s electric trailer brake controller. Now, that brake controller doesn’t have to provide enough juice to power electrically operated drum brakes. Instead, it just sends a signal to the trailer’s eBoost system, which provides hydraulic pressure to brake calipers at each of the trailer’s wheels. The wheel speed sensors guard against lockup, using individual pressure valves at each wheel to relieve pressure if a wheel starts to lock up.

“The first time we did a stopping test, I was flabbergasted because it felt like the truck was stopping with nothing behind it,” Brinkman recalled. “It felt like defying the laws of physics,” he exclaimed. “It was a lot of fun.”

The team also upgraded the trailer’s braking potential by installing tires that they estimated would provide better braking performance than the standard tires. This is challenging to do with trailer tires because the selection is relatively limited and you can’t simply substitute truck tires that are known to have good stopping distance, he pointed out.

Trailer tires are made with stiffer sidewalls, to resist side loads that result from the tires on two-axle trailers crabbing in tight turns. So the team had to make an educated guess. “We looked at what tires were available in the trailer market and picked some we thought would perform well.”

If a tire maker decided to develop some high-performance tires to work with such a system, the braking performance could improve even more. “Your trailer might end up with better brakes than your truck,” Brinkman predicted. 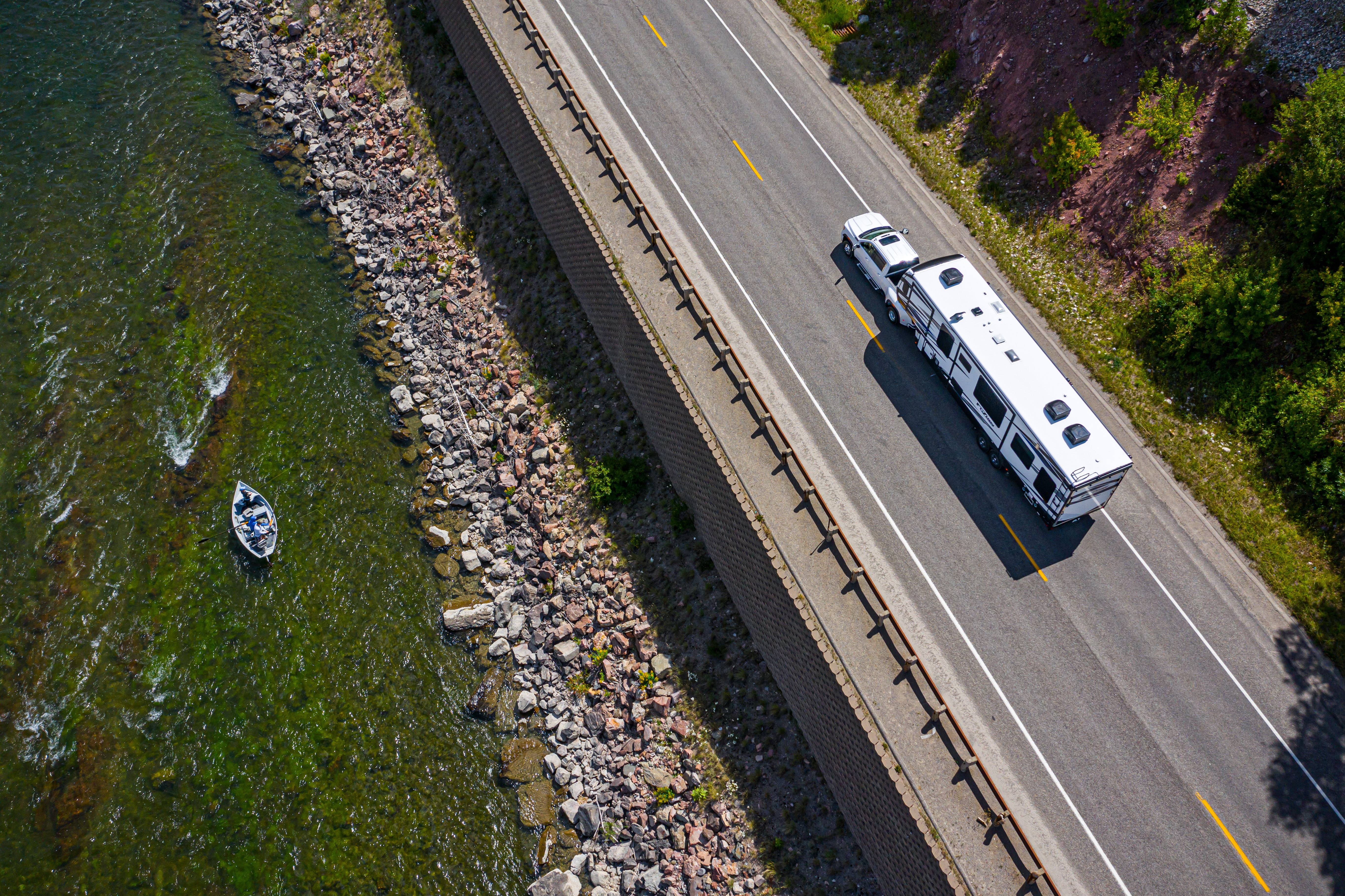 But first we’ll need for trailer manufacturers to decide that it is worthwhile to incorporate such a capable brake system into their products. GMC has created the proof of concept, but now the company needs to pass the baton, said Brinkman.

“We’re not going in the business of building trailers or trailer brake systems, but we’d like to help somebody else do it,” he said. “Then maybe we can get a tire manufacturer interested to develop a set of optimized tires.”

The obstacle, of course, would be cost, and Brinkman said he can’t estimate how much more expensive such a system would be than today’s typical electric drum brake setups. Hopefully the accountants at trailer manufacturers do know how much that would be and can pencil the numbers to work out for such upgraded trailers to reach customers.

“It would have big benefits,” Brinkman concluded.