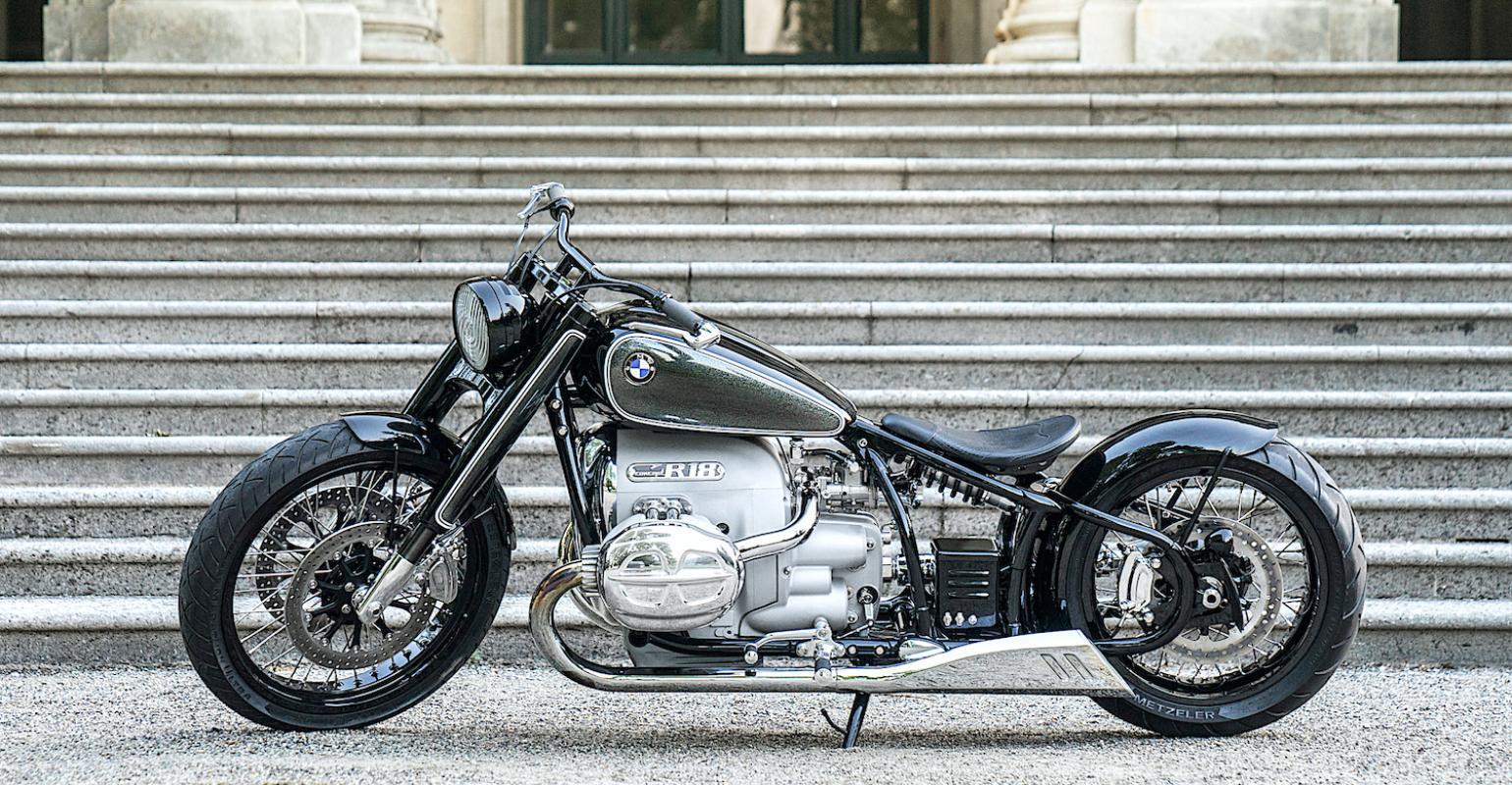 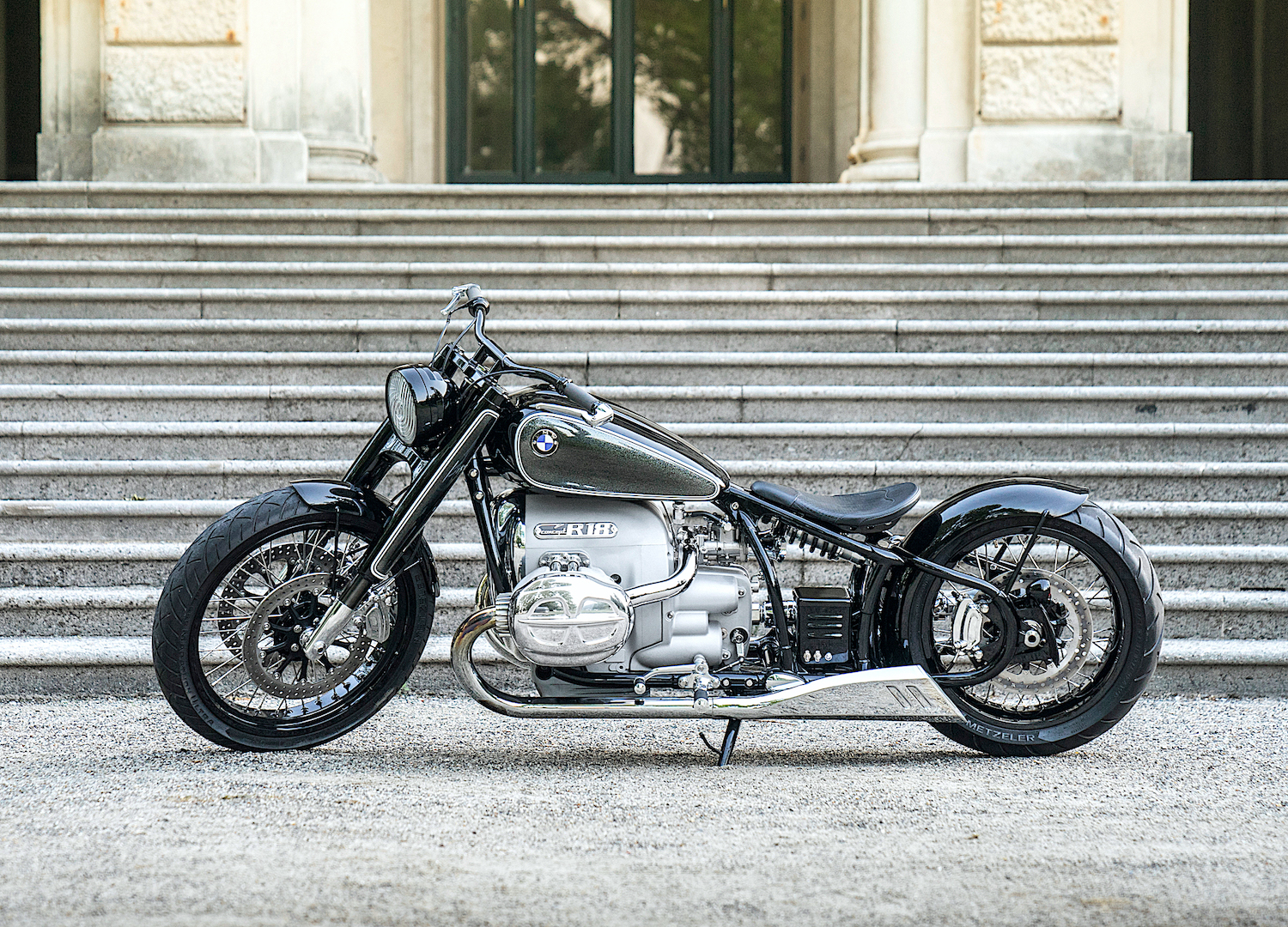 This concept BMW R 18 was more rakish than the new production version, below. Image source: BMW

BMW and Honda are both looking to the past to inspire new riders with a pair of new motorcycles just in time for Spring. The BMW R 18 is a production model base on the R 18 retro-cruiser-style concept bike of last year, while the Honda CB-F concept is a modern take on the sporty 1981-’82 CB900F.

Although the Honda is labelled a concept, it looks entirely production-ready and likely represents a very accurate preview of a 2021 production model. Each represents a different era, aesthetic, and engine configuration, but most riders would surely be proud to own either. 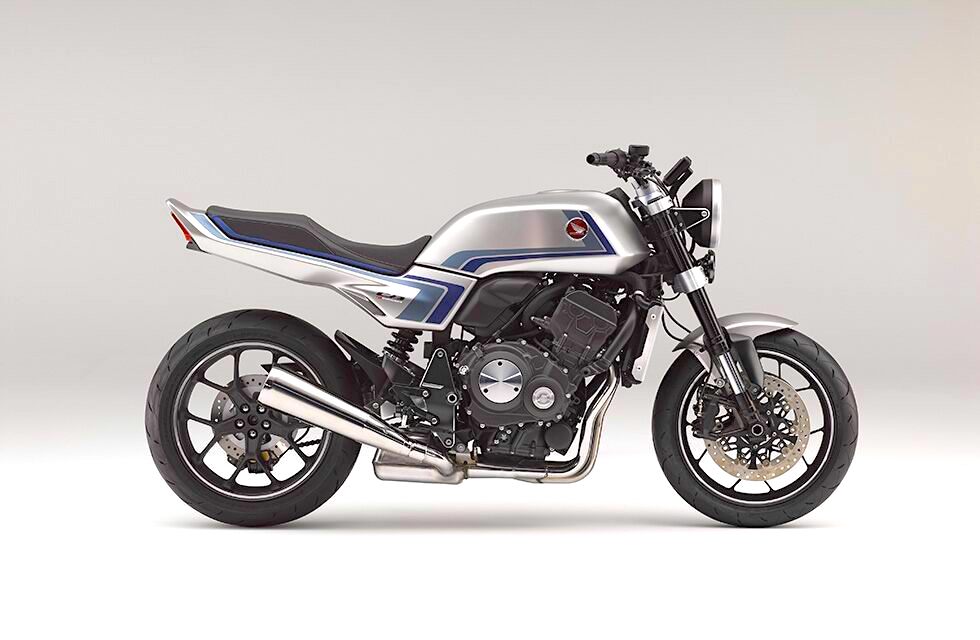 The Big Boxer’s design itself is also a bit of an historical tribute. It references the R 5/R 51 (1936 – 1941) and R 51/2 (1950 – 1951), which were notable as BMW’s only boxer engines to employ two camshafts. The new R 1800 follows the example of those engines, with one cam for each cylinder, which permits shorter, lighter pushrods for improved valve stability at higher engine speeds. 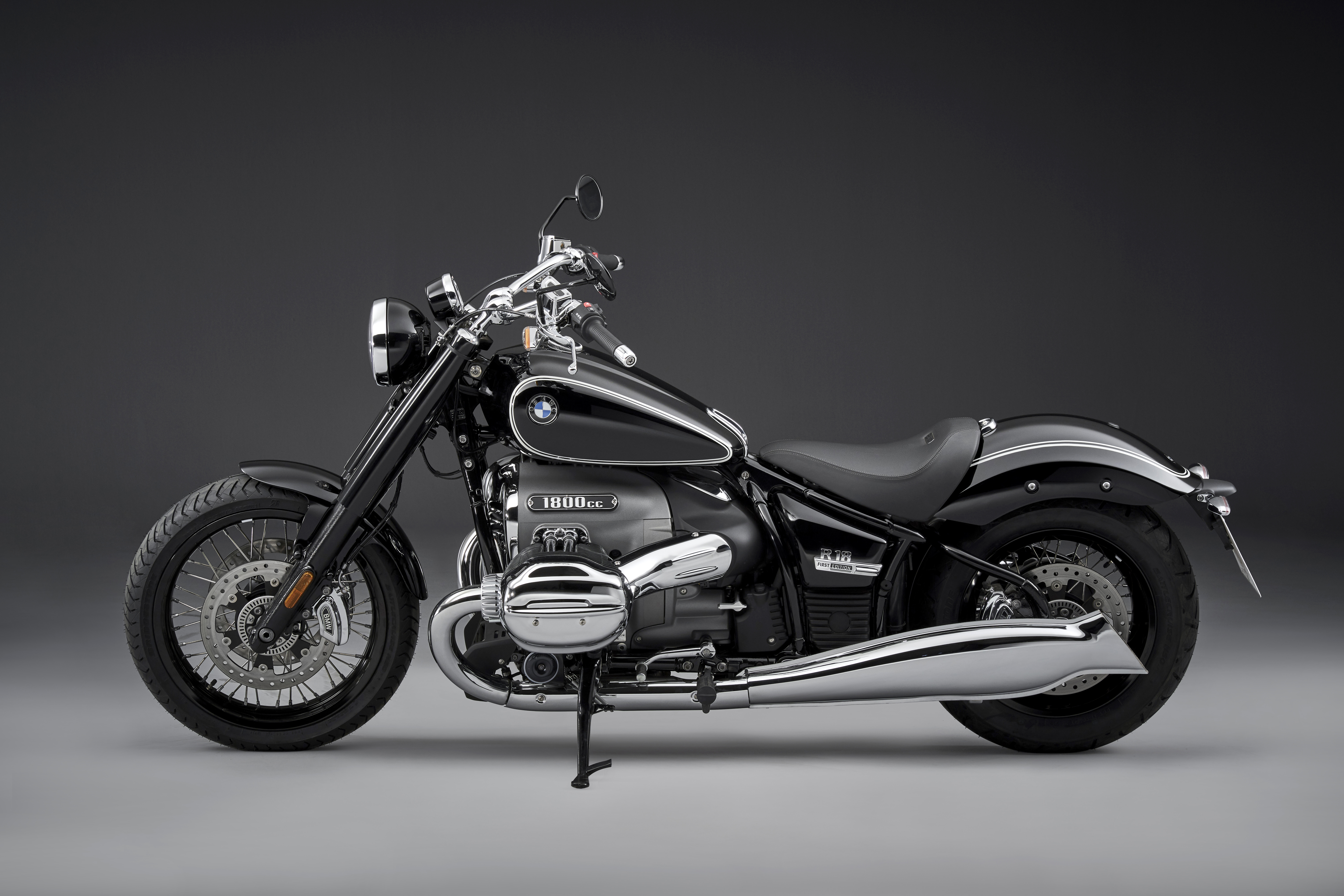 Another BMW boxer tradition is a driveshaft rather than a chain powering the rear wheel, and the R 1800 follows its forebears’ example. Like the earlier models, the R 1800’s shaft is exposed rather than enclosed, providing a view of its action transferring power from the 6-speed transmission.

All of these nods to heritage could create the mistaken impression of an old-tech machine, but the R 1800 also boasts available adaptive lighting for its LED headlight, keyless starting, and rider-selectable modes to control the bike’s stability control system. 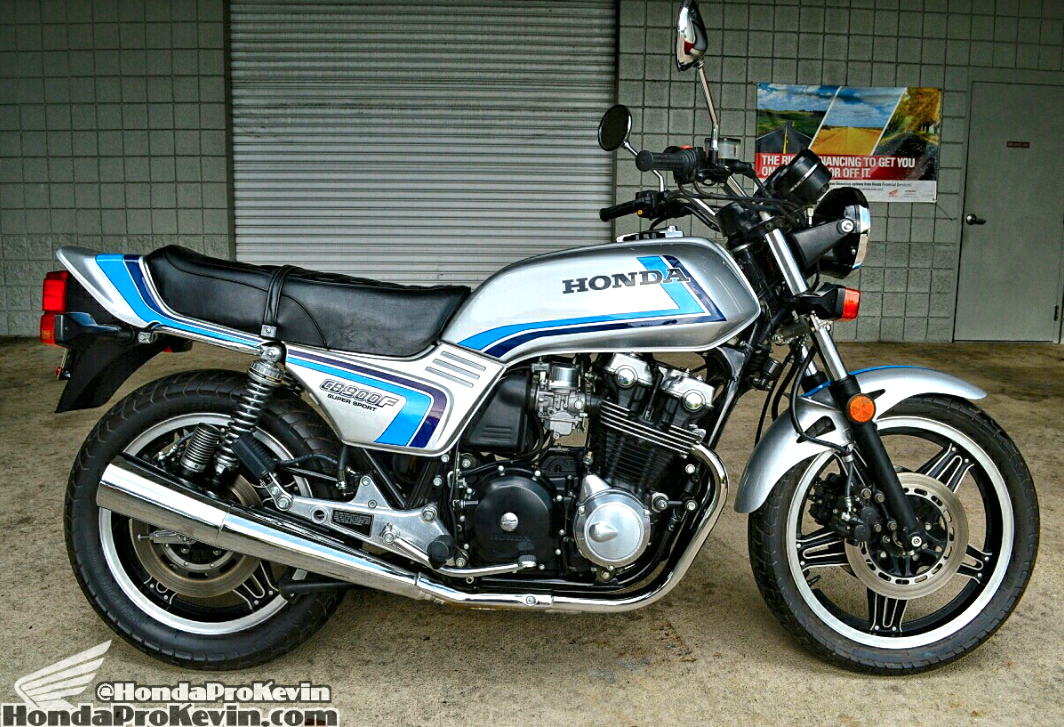 Honda doesn’t flip its calendar quite as far back as BMW, partly because, well, Honda’s calendar doesn’t go as far back as BMW’s does! The Japanese motorcycle giant chose instead to focus on a fondly remembered machine from the heyday of the Honda versus Yamaha sales battle in the U.S.: the CB900F.

Like that beloved production model from the early ‘80s, the CB-F concept bike also features a 900cc double overhead cam inline four-cylinder engine. As a concept at this point, Honda has provided few technical details, forcing us to wait for the likely production announcement to come later this year. 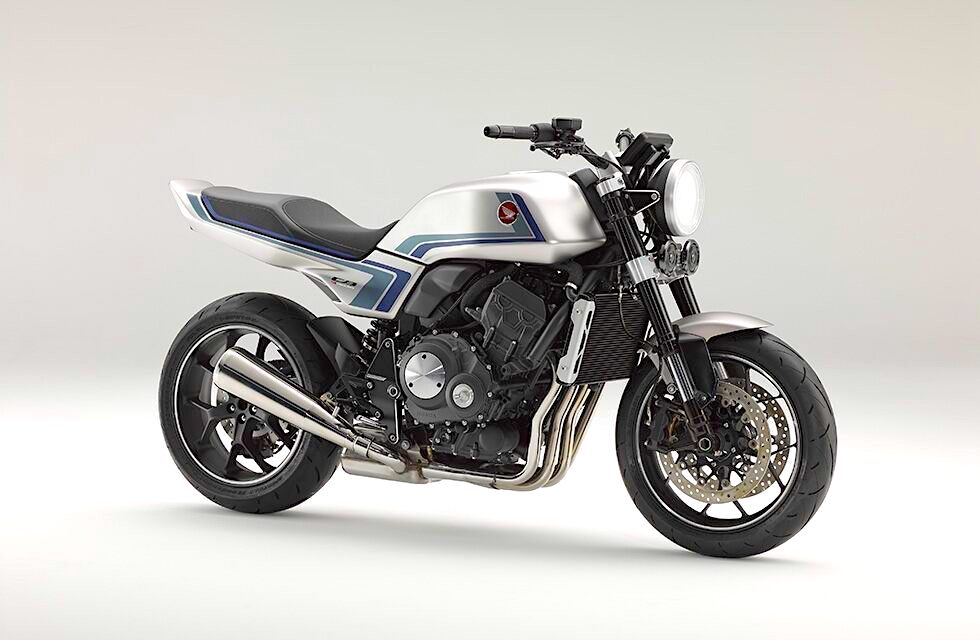 Some important differences between the new bike and the original include a switch to liquid cooling for the engine from the old model’s air cooling, and replacement of the old twin-shock rear suspension system with a modern monoshock rear suspension acting on an aluminum single-sided swingarm.

Bonus photos of the black-and-orange color scheme of the 1982 Honda CB900F, which I think looks better: 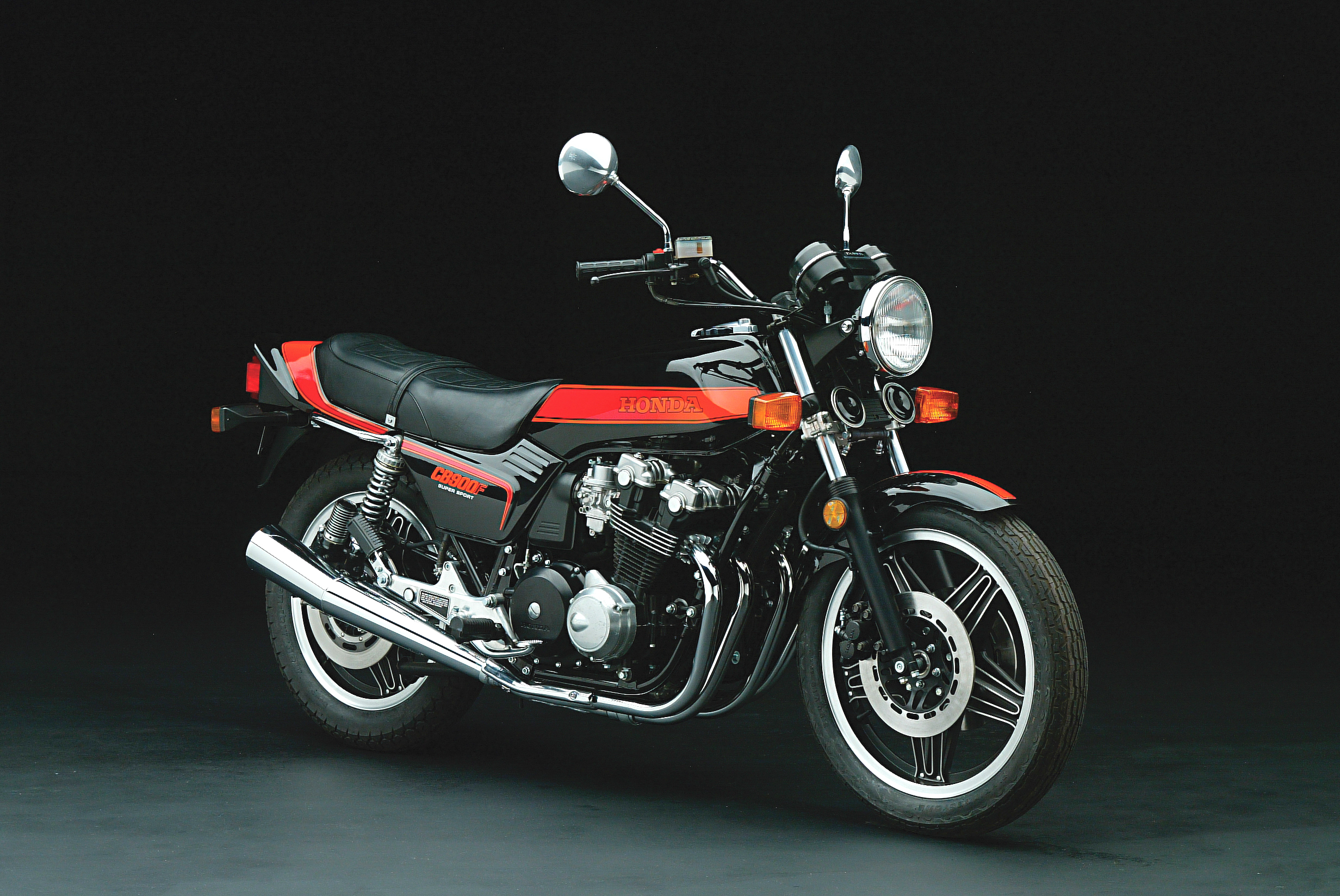 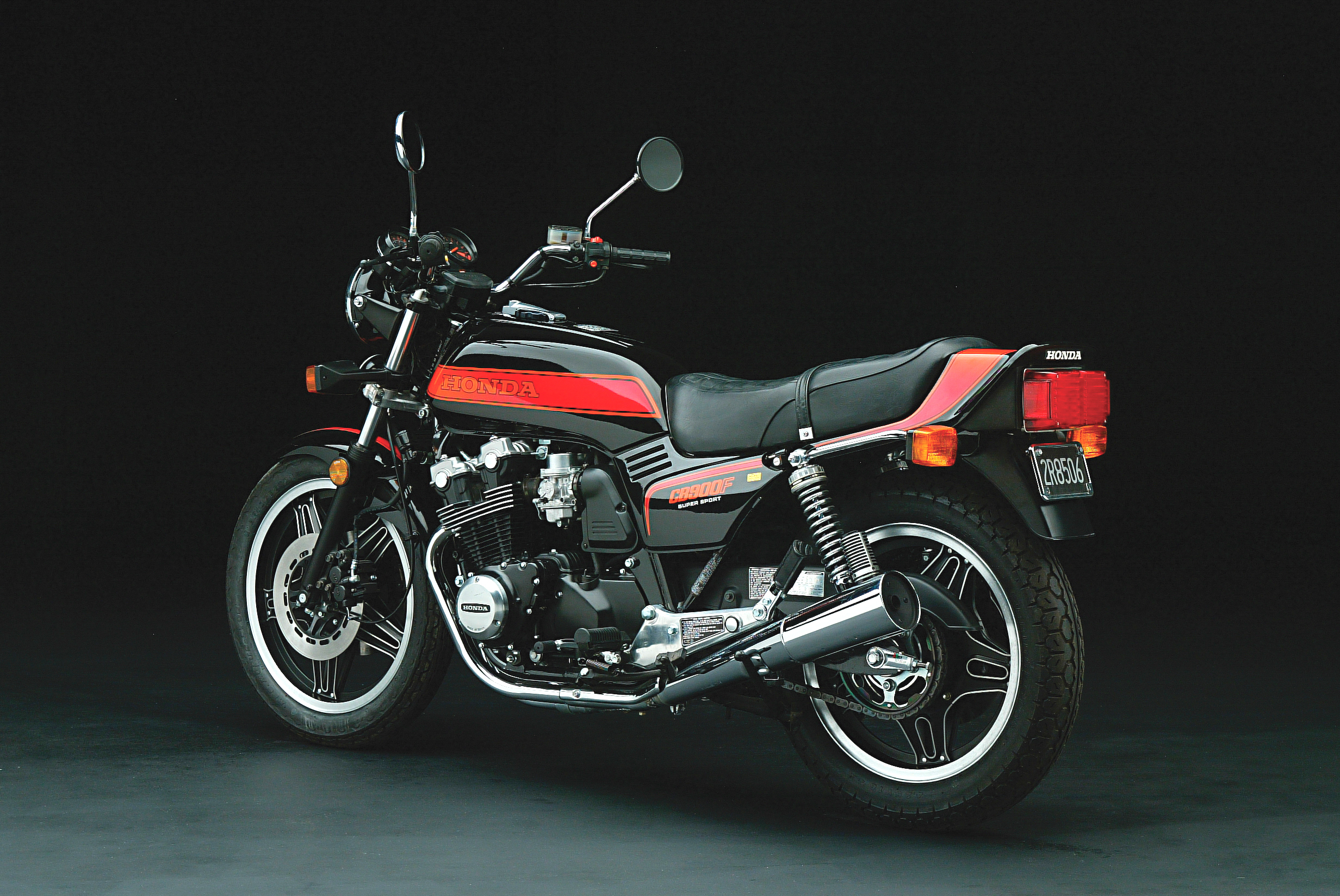