After two years of  building Shelby GT350s based on Ford's 289 small block-powered Mustangs, in 1967 Shelby rolled out the big block-powered GT500 as a big brother to the GT350. It was powered  by either a Ford 427 or Ford 428, two engines that were similar in size but from different engine families that had different power characteristics.

The Shelbys grew in size for 1969 and '70, when Ford bought the rights to Shelby's products. The GT500 was dormant until 2007, and along the way Ford occassionally applied the name of Shelby's Cobra roadster to hot rod Mustangs, muddying the waters for casual fans who couldn't tell whether a Cobra was a classic two-seat roadster or a Mustang with a big engine.

Since Ford revived the GT500, it has enjoyed continuous improvement to reach the amazing 2020 edition of the car. Ford doesn't build big block V8s anymore, so the newer Shelbys are differentiated from lesser Mustangs by the addition of a supercharger to pump up the power to GT500-worthy levels.

2007 Ford Mustang Shelby GT500 marked the return of the GT500 name, and with it, a supercharged V8 rated at the 500 horsepower suggested by the car's name. Image source: Ford Motor Co. 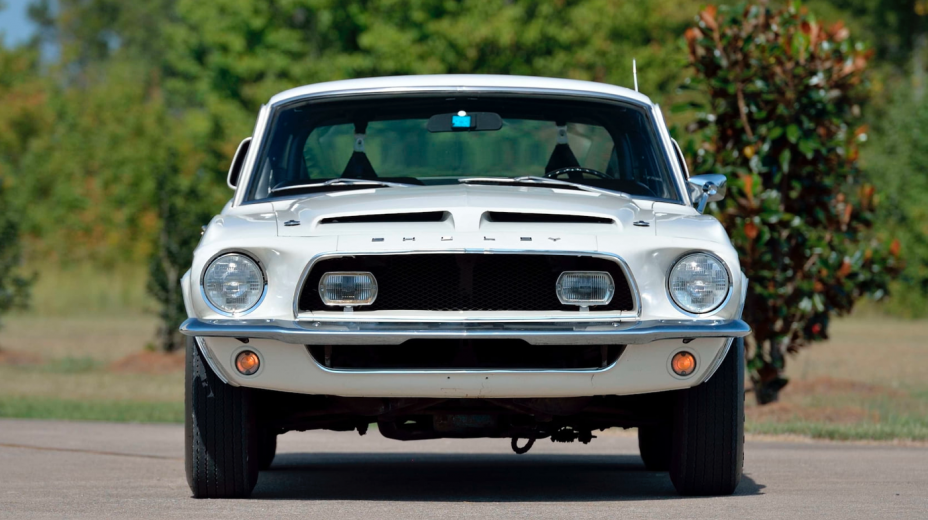