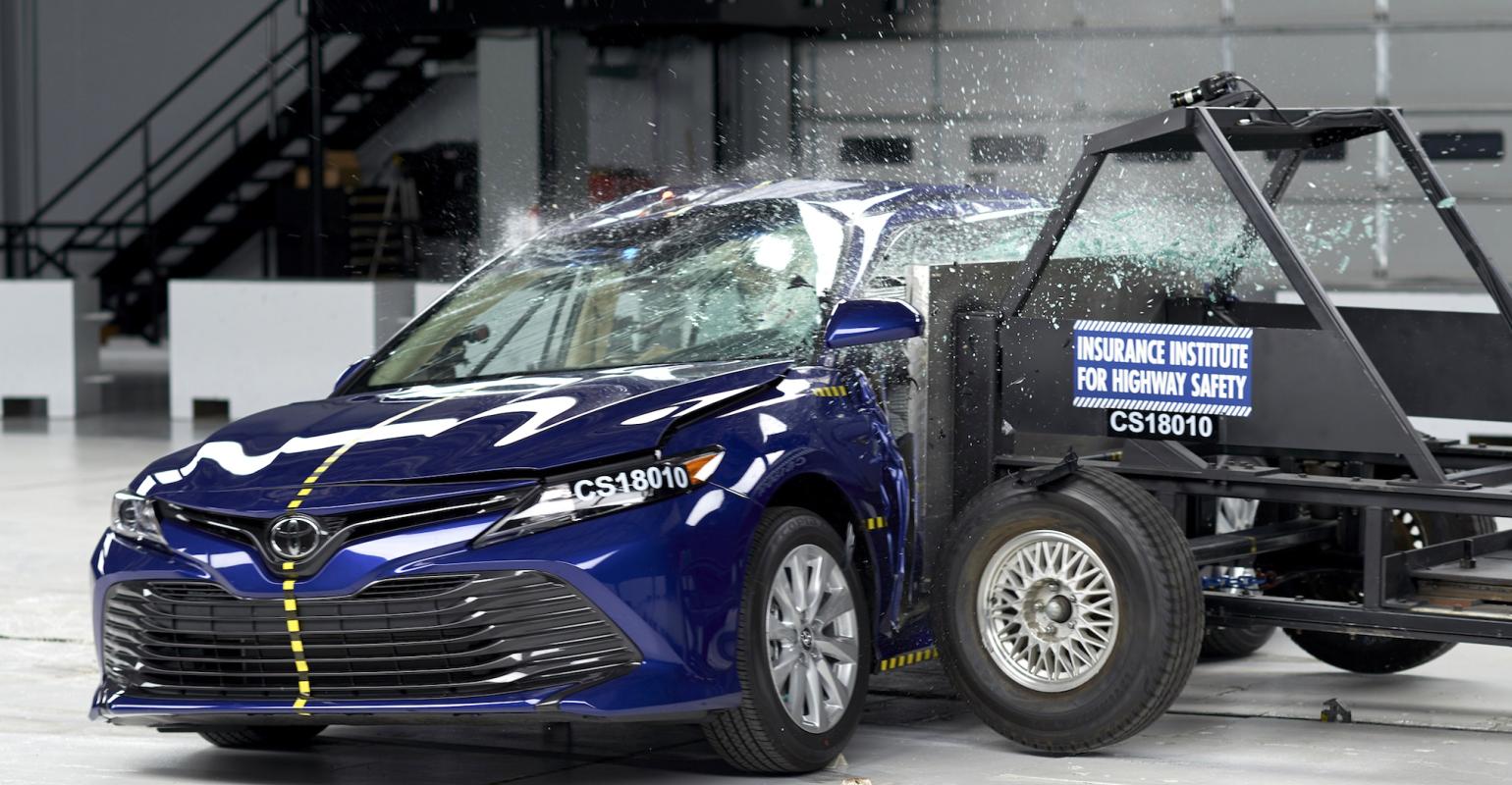 The Insurance Institute for Highway Safety is preparing a tougher new side impact crash test that aims to better replicate real-world collisions.

The introduction of a side-impact crash test by the Insurance Institute for Highway safety has been an absolute success in terms of vehicle safety, as only 20 percent of tested vehicles earned a “Good” score when the test launched in 2003.

A study showed that drivers are 70 percent more likely to survive a left side impact in a car with a Good score compared to drivers in cars that were rated Poor, and today, 99 percent of tested vehicles earn a Good.

Despite these improvements, side impacts continue to represent 23 percent of vehicle occupant fatalities in 2018, so the IIHS is developing a still-more stringent side-impact test in a bid to provide even better protection from collisions with the kinds of vehicles drivers are likely to encounter on the road.

That means more trucks and SUVs than were on the road in 2003. In recognition of that, IIHS is increasing the mass of the ram they use to crash into tested cars, from 3,300 lbs., which was a fair estimation of the average weight of cars in 2003, to 4,200, which is closer to the average weight of today’s vehicles. They are also increasing the impact speed from the current 31 mph to 37 mph to further stress the test cars’ protection systems.

The combined effects of the higher speed and increased mass make this test much tougher, according to senior research engineer Becky Mueller.  “It may not seem like a big deal, but we’re looking at a test that has 82 percent more energy, so that is a lot to ask,” she pointed out.

In developing and refining the updated test, the IIHS has conducted 25 side impact tests to study possible changes, and they plan another dozen or so before the specification is finalized, Mueller said.

These tests have been valuable, but they’ve revealed some incorrect expectations, so the process has run longer than was originally planned. “We expected this to take six months, and it has been a year,” Mueller noted.

“Your engineering predictions didn’t result in what actually happened in the test,” she recalled. “Sometimes knowing what is going to happen, isn’t what has happened. So I’m using my engineering skills to see why it hasn’t gone as expected.” Far from a setback, Mueller and the IIHS view the test results as illuminating a better understanding of the process. “We as engineers always want something to keep our brains going,” she enthused.

The main takeaway was that the ramming barrier’s uniform aluminum honeycomb didn’t perform like a real SUV striking the test vehicle. Real SUVs have harder areas where the frame rails are, and these stronger points were penetrating the test cars’ sides and inflicting damage to the crash test dummies inside.

In recognition of this reality, IIHS is developing a new structure for its impact barrier that mimics the uneven stiffness of striking vehicles. “Our goal is to create a barrier that creates the same type of damage as a typical late-model SUV or pickup would in a 37-mph crash,” Mueller said. “That way, we can be confident that the changes automakers make in hopes of achieving good ratings in the new side test will result in better protection for vehicle occupants in real-world crashes.”

The new impact barrier will still be made of aluminum honeycomb, as before. But now, instead of a solid piece of aluminum that is the same density, they will use multiple pieces of varying density, to imitate the variable stiffness at the front of striking vehicles.

A likely outcome of this more stringent test will be car makers adding torso-protecting side airbags for rear seat occupants, or enlarging the bags they already have there, Mueller predicted.

“Side protection is more challenging than front protection because in front protection you’ve got the whole engine bay to absorb energy and deflect impacts,” she observed.  Side airbags have only 4-6 milliseconds to respond to an impact, in comparison to a leisurely 40-60 ms in frontal impacts, according to Mueller. “And you have a lot less space to work with,” she added.

Current side air curtains are well-defined by regulations and they are doing a good job, Mueller reported. But the side torso air bags aren’t currently performing as well, especially for occupants of different sizes, so those airbags will probably get larger, she said.

The IIHS will begin officially using the new test in 2020 and will issue scores for tested vehicles. However, it will be a couple years before they incorporate those results into their vehicle rating system, allowing manufacturers time to respond. “We typically give it a little time before applying those results to the ratings,” she explained.