A Look at the Big Trucks of Tomorrow 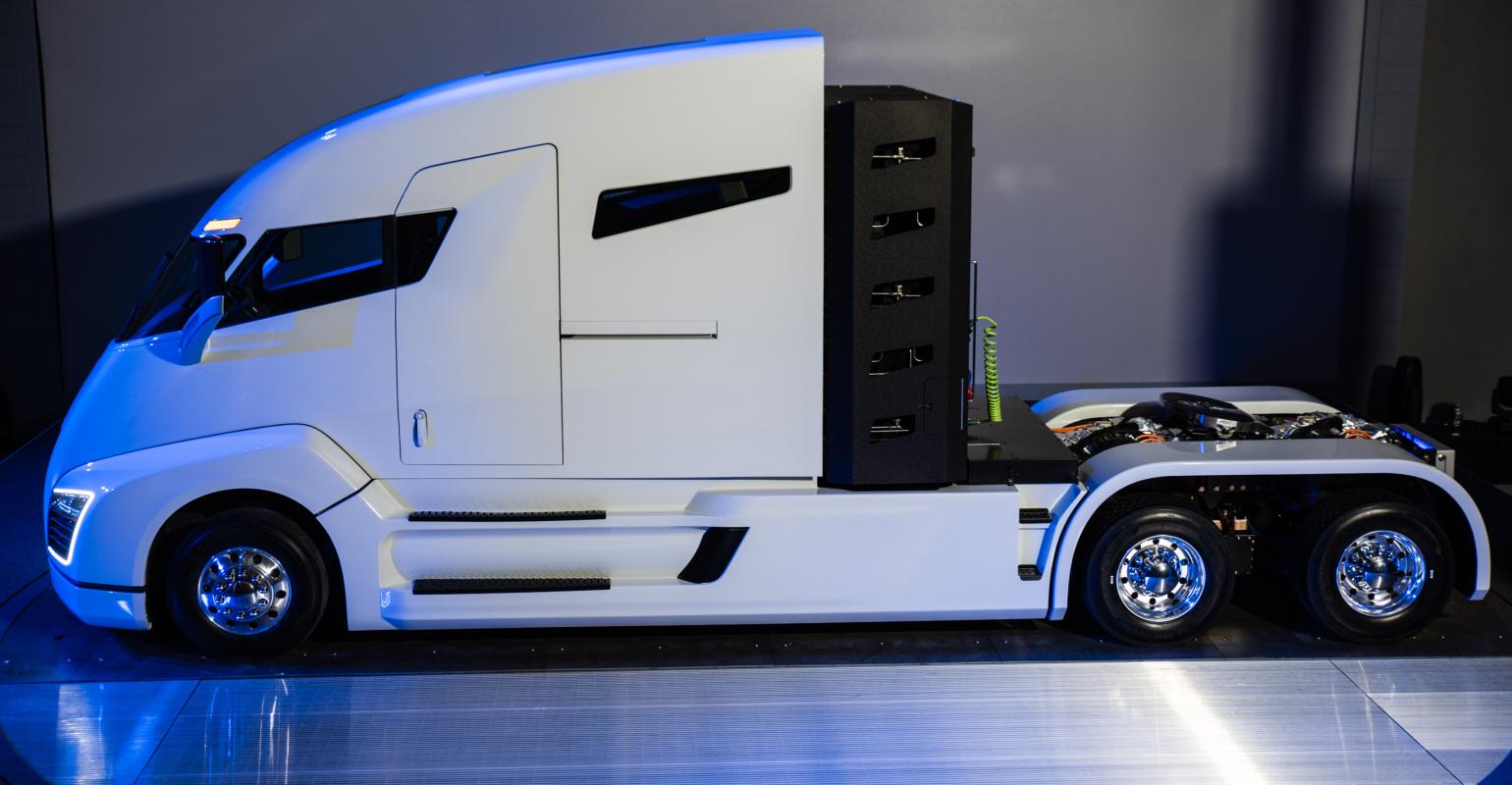 We spoke with Scott Perry, chief technology & procurement officer for Ryder, a leading trucking and logistics company located in Miami, about what’s been happening in the world of Class 8 (tractor-trailer) trucks, where those changes mirror those taking place in passenger cars, and where they differ.

There has been quite a bit of recent coverage in Design News about advances and innovations in the auto industry that have been making cars safer, more efficient, and less harmful to the environment. Many of these breakthroughs can also be applied to the world of heavy-duty trucking as well, but, it’s not as simple as plugging in the same technology in larger sizes. We spoke with Scott Perry, chief technology & procurement officer for Ryder, a leading trucking and logistics company located in Miami, about what’s been happening in the world of Class 8 (tractor-trailer) trucks, where those changes mirror those taking place in passenger cars, and where they differ.

According to Perry, perhaps the biggest technological difference between cars and big trucks, beyond the obvious, is the question of automatic transmissions. The effort required to create an autonomous version of the tractor-trailer that would be constrained to work with a manual transmission, would be an order of magnitude greater than the already formidable challenge of autonomous passenger cars. The need to anticipate acceleration and deceleration while navigating, steering, maintaining position in traffic, all while traveling up and down hills, would, given the additional response time and inertia involved, is a computational juggernaut. Add to that the cultural question of how truckers would feel about trading in their stick shifts for automatics and you have a real challenge.

Fortunately, that bridge has already been crossed, largely in the name of carbon reduction and fuel efficiency. This has occurred in response to EPA-mandated fuel economy improvements for 2018. Considering the number of factors required to determine the optimal shift points, even the most experienced drivers can only come close to matching the efficiency of an automatic. Some drivers have complained about handling on snow and ice. But given the numerous other factors such as reduced driver fatigue, allowing drivers to focus more on their surroundings, and more user-friendly operation, which is opening up the field to more new drivers, including women, Perry estimates that a tipping point will occur in the next year or two, where most new trucks will be built with automatics.

This really opens up the way toward autonomous trucks.

According to the National Highway Traffic Safety Administration, there are five levels of autonomous trucks. These range from No Automation (Level 0), to Full self-driving (Level 4). The intermediate levels include function-specific automation, such as braking or stability control (Level 1); to combined-function automation (Level 2), where multiple systems are automated. Level 3 is limited self-driving automation, where drivers have the option of turning over control of safety critical functions, but remain involved in the process.

Several demonstration runs of autonomous semis have already taken place, including an Otto (recently acquired by Uber) truck delivering a Budweiser shipment on a 120-mile run from Fort Collins to Colorado Springs, Colorado.

Perry says this will clearly be a game-changer for the industry. As to how long it will take for the fleet to turn over, it could be as long as 20 years. But with a strongly positive ROI, the fleet could find reason to upgrade earlier. A number of the lower-level autonomous systems such as automatic transmissions, or automated braking system with forward-looking radar, are already showing fast paybacks due to fuel savings, collision avoidance, reduced insurance premiums, and improved driver availability. Considering the two-decade-long driver shortage, this could help drivers work more years before retiring or being forced to retire due to infractions.

Then there is the question of platooning, something that you will more likely see with trucks than cars. When two or more trucks drive down the highway, following close behind one another, the  considerable aerodynamic drag is reduced significantly, not unlike geese flying in their classic V-formation. In both cases, the one in the lead works the hardest, but according to Perry, even the lead truck typically sees a 4% fuel economy improvement, while the followers use as much as 10% less fuel. Of course, there are safety considerations here, but as vehicle-to-vehicle communications come on board, the risk is substantially eliminated. This past summer, the European Truck Platooning Challenge took place in which a dozen trucks traveled over a thousand miles in platoon configuration across Europe without incident, crossing four national borders in the process.

Finally, there is the question of alternative energy sources. Here again, trucks and cars show their unique differences. A key differentiator here, says Perry, is the question of duty cycle, which is to say, the mix of stopping and starting that the vehicle undergoes in a day. While gas-electric hybrids tend to do well with passenger cars because of the way they are used, they are less effective with trucks, unless the duty cycle matches. That hasn’t stopped manufacturers like Freightliner/Daimler Trucks, International/Navistar, Kenworth, Peterbilt, Ford, and GMC from entering the market.  Smaller local delivery trucks, for example, look to be a good match for a hybrid drive system.

You might be surprised to learn that pure battery electric propulsion is being viewed favorably for tractor-trailers being used by local and regional carriers, averaging no more than 250 miles per day. Battery electrics tend to be more efficient than hybrid-electrics, and given the size of the vehicle and its motor, the weight of the batteries is less of an issue than it is with cars. Tesla has announced its intention to enter this market as early as next year, with a 300-mile range battery. Other new truck-makers entering the electric market are BYD, Wrightspeed (hybrid), and Nicola.

As for the long-haul, cross country rigs, the ones with sleeper cabs that go and go, Perry acknowledges that because of the range they require, they will likely use some kind of chemical fuel with high energy density that can be filled up quickly, whether it’s some form of clean diesel, natural gas, or even hydrogen for fuel cells. This market segment could possibly see the biggest benefit from fully autonomous systems.

Tech Tidbit: Why an “Obsolete” Pushrod Engine Design is Better Than Modern Overhead Cams
May 10, 2021

Tech Tidbit: How Brembo Brake Advanced Tech Crossed From Track to Street
May 10, 2021