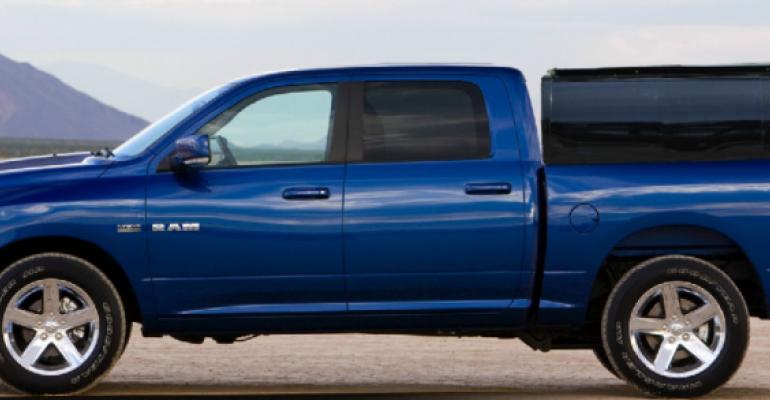 By combining an aluminum frame with polycarbonate panels, a designer has created an adjustable pickup truck bed cap that collapses to a flat profile and can be removed or installed by a single person.

Known as the Easy Go and Stow, the truck bed enclosure is said to be half of the weight of conventional units. “People want to take their truck cap off and put it back on for different reasons,” inventor Jerry Kramer told Design News. “But until now, they needed three buddies, beer, and pizza just to get it off.”

The new design is a departure from the past because it uses polycarbonate instead of fiberglass, can be adjusted to fit virtually any truck bed, and can be easily converted from a shell-like cap to a flat cover. By employing 1/8th-inch thick Makrolon UV polycarbonate sheets and U-shaped structural aluminum elements, Kramer said he was able to create a strong curved assembly that weighs only about 100 lbs, compared to the 200-250 lbs of a conventional fiberglass unit. Users can collapse the foldable unit by taking the top off, removing the side panels and folding the front window and rear door toward the center.

In bringing the new product to market, Kramer was aided by the Georgia Center of Innovation for Manufacturing, which worked with his startup to help develop CAD drawings. “They said, ‘We’ve been struggling to put this into a CAD drawing that we can take to a manufacturer,” noted John Morehouse, director of the Georgia Center. “We put them in touch with a consultant who converted the prototype to CAD.” Up to now, Kramer’s startup has manufactured the units only in small volumes. It is still in search of a large volume manufacturer.

Plans are for the product to eventually be offered in both manual and automated versions. The automated unit, which has been prototyped and shown in public, uses electronics, motors, sensors and software to automatically convert itself from a cap to a flat cover at the push of a button. Design of the automated version was aided by the Georgia Center, which connected Kramer to a five-student team of undergraduate mechanical engineers at Georgia Tech University. The students took on the automated design as a senior capstone project and produced a working prototype, Kramer said.

Currently, Kramer’s startup is constructing custom manual caps for customers who can’t find commercially-available units to fit their trucks. “Many people say, ‘No one makes a cap for my truck model,’” he told us. “But by making this adjustable in terms of width and length, they can now have a custom-made cap.”