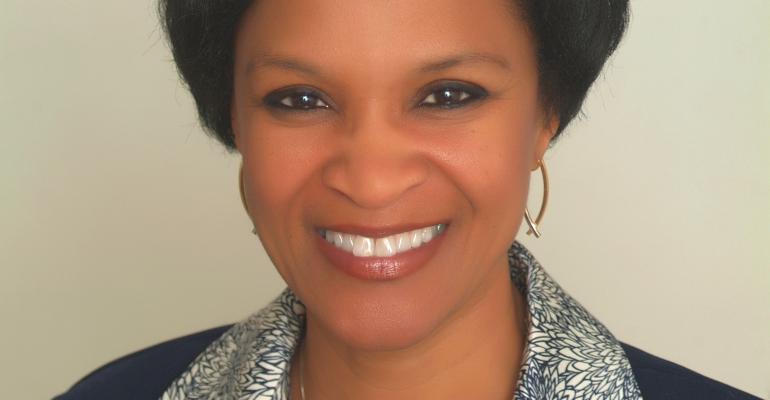 <p><strong>Denise Gray</strong></p><p>Denise Gray is the president and CEO of <a href="https://www.designnews.com/automotive-0/lg-chem-ceo-denise-gray-looks-future-lithium-ion/129080423646208" target="_blank">LG Chem Power Inc</a>. (LGCPI), one of the largest producers of lithium-ion batteries for automotive and industrial applications. LGCPI is most noted for partnering with Chevy on the design and implementation of the battery cells, pack, cooling, and powertrain of <a href="https://www.designnews.com/automotive-0/lg-chem-ceo-denise-gray-looks-future-lithium-ion/129080423646208" target="_blank">2017 Chevy Bolt</a>.</p><p>Gray holds a bachelor's degree in electrical and electronics engineering from Kettering University and earned her master's in engineering from Rensselaer Polytechnic Institute.</p><p><em>Design News </em>conducted a <a href="https://www.designnews.com/automotive-0/lg-chem-ceo-denise-gray-looks-future-lithium-ion/129080423646208" target="_blank">full interview</a> with Gray in 2016, shortly after she took her position at LGCPI.</p><p><small>[image source: LG Chem Power Inc.]</small></p>
LG Chem CEO Denise Gray says lithium-ion automotive battery technology hasn't reached maturity yet. Several generations of improvement are coming.

When the Chevy Bolt reaches full production in 2017, it is expected to offer an all-electric range of 238 miles, despite its relatively low cost when compared to previous generations of EVs. The key to achieving the combination of performance and cost is a nickel-rich, lithium-ion battery design from LG Chem Power Inc. In providing the battery, LG Chem was more than a supplier. It partnered with GM on the design of the battery cells, pack, cooling, and powertrain of the car.

To learn more about how battery technologies like LG Chem’s will affect the future of the auto industry, Design News talked with Denise Gray, CEO and president of LG Chem Power Inc. Gray is a graduate of Rensselaer Polytechnic Institute and an engineer who previously served in the design of electro-mechanical systems, powertrain software and transmission controls with General Motors. Here, she offers her view on the future of lithium-ion battery technology.

Design News: GM’s Bolt is reportedly getting 238 miles of range per charge. What’s that mean for the future of lithium-ion batteries? Will they keep getting better, or is it time to start looking at new chemistries?

Gray: When GM introduced the (Chevy) Volt a few years ago, people asked if lithium-ion was even ready, because most of the technology was nickel metal-hydride. And the answer was a resounding yes. We’re now in the second generation of lithium, and the question is whether there will be a third generation.

I still think there is room for optimization -- optimization of the cell itself, the chemistry, and the secret sauce inside. Also, the whole powertrain, the whole vehicle needs to be optimized for increased performance.

DN: A few years ago, some experts were saying that we need to move to lithium-air or lithium-sulfur chemistries to get to the next level. Is that still the case? Or is the performance of lithium-ion pushing those technologies farther out on to the horizon?

Gray: I don’t think anyone has moved completely away from those technologies. The reason people are looking at lithium-air and lithium-sulfur is they offer a level of energy density that’s favorable. But putting them together in a package has been an issue. The problem is, how do you put the right combination of materials together -- the anode materials, the cathode materials, the electrolytes, and additives? It’s something we won’t see in the next five years. Fifteen years? Twenty years? Maybe.

DN: GM has said it expects cell costs to be $145/kWh by 2017. That’s a surprising number. Can cell cost drop even lower in the next few years?

Gray: Price depends on performance -- whether you want power or energy. I can’t agree or disagree with GM’s number, but I can say that LG Chem has been working with the United States Advanced Battery Consortium, and they have a target of $100/kWh for battery electric vehicles. It’s a target. It’s aggressive. We don’t have a roadmap that’s going to get us there tomorrow. But everybody is working toward it.

DN: A decade ago, the National Academy of Engineering estimated battery cost to be more than $1,000/kWh. How did you bring it down so much in 10 years?

Gray: There are three elements at work here. First is the commitment of companies like LG Chem to the application of lithium-ion. Lithium-ion was already out there in 2005 in cell phones, computers, and power tools. And companies like LG Chem saw the technology come alive in the consumer sector, and saw an opportunity to expand it. Second, auto companies have been working hard to bring alternative propulsion systems into vehicles. At GM, we worked on ethanol, fuel cells, diesels, and EV technologies. And, third, early adopters were saying, “Bring the technology on, and we’ll work with it.”

DN: What battery technologies have been responsible for the improvement?

Gray: It’s the chemistry. Cathode materials are usually the most expensive, and we’ve had to come up with the right combination.

But it’s also been a matter of getting real field data from our consumers. In 2005, if someone asked, can this battery last 100,000 miles, no one had an answer. It was too new. But now we have data to give us more confidence, more assurance, as to what the chemistry needs to be.

The other part is manufacturing. Having really good pharmaceutical-grade quality is very important. And it takes experience to do that.

DN: What’s the specific advantage of your chemistry?

Gray: Our current technology for the Bolt is a nickel-rich chemistry. But we are also working with 25 different OEMs on a variety of battery types for electric vehicles, plug-in vehicles, and hybrids. Also, we do pouch cells. Having a pouch cell gives us a little more flexibility in terms of packaging.

DN: We hear about aftermarket lithium-ion batteries that can be had for much lower cost. What’s the difference between those and the ones we see the big OEMs using?

Gray: One element that makes a difference is time under the curve -- experience with lithium-ion in the automotive realm. One of the keys to having high reliability is time. LG Chem and probably two other suppliers have been working with OEMs, and actually have vehicles out there in the field gathering great data on how they really operate. It’s not just how we think it’s going to do based on lab data, but how we know it’s doing, based on field experience.

DN: So what does that translate to for the consumer? Safety? Reliability?

Gray: It’s reliability. The question is, will those batteries live for 100,000 miles? Can you drive those vehicles in the coldest weather? Can you take them to Phoenix, Arizona in summer? Will they work reliably? That’s the differentiator -- how long will they live?

DN: So are we there yet? Or is there still a lot of improvement left to go?

Gray: Generation One was about getting experience and getting information back. Generation Two was about technology improvement. There’s still a Generation Three, Four, and Five for lithium-ion.

On the vehicle side, they’re just starting to harmonize their designs with the new capabilities of these electric power sources.