How Many Miles Do You Have on Your Odometer? 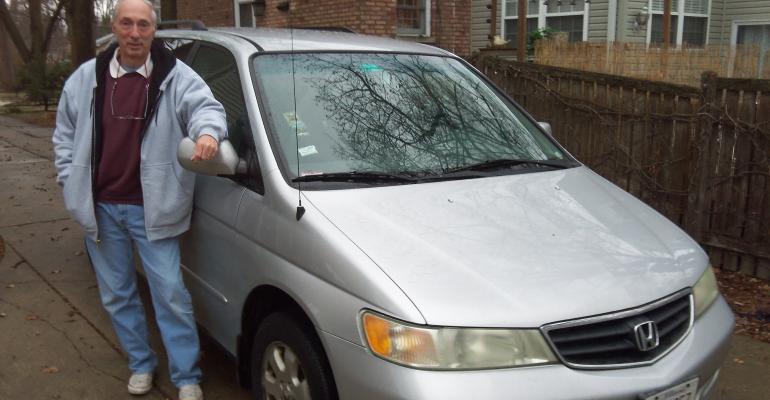 Vehicles of all makes offer better reliability today than they did two or three decades ago.

Not long ago, 100,000 miles was considered a major milestone in the life of a vehicle. Many cars didn’t last that long, and if they did, they were on the verge of being stripped for parts.

That’s no longer the case, however, and I’m gathering my own anecdotal proof of that. Increasingly, friends tell me about their cars lasting beyond 150,000 miles. And my own family vehicle, a 2004 Honda Odyssey, uneventfully clicked over the 250,000-mile mark on January 1, 2017.

To be sure, I never previously owned a car that came close to 250,000 miles. Two of my cars have lasted more than 130,000 miles. But most – including a 1998 Ford Windstar that inexplicably decided to shift itself into second gear while traveling at 70 mph – passed on to the great junkyard in the sky before 100,000 miles.

My 2004 Odyssey reinforces what I’ve heard experts say over the past decade-and-a-half. “In today’s new vehicles, there aren’t a lot of powertrain problems,” Jake Fisher, director of auto testing for Consumer Reports, told Design News in 2014. “People have come to expect 100,000 miles out of their engines and transmissions.”

Indeed, a careful perusal of my car’s 12-year repair history reveals multiple problems with brake pads and rotors, wheel bearings, suspension components and airbag inflators (on recall), but virtually no engine and transmission expenses, other than scheduled maintenance.

Those of us who’ve been around long enough to remember the vehicles of the 1960s and 1970s know it wasn’t always that way. Despite our sometimes-rosy remembrances of classic cars, we know that many vehicles of that era prematurely leaked oil. I owned cars built by American Motors (a Gremlin), Mercury (a Capri), Oldsmobile (a Cutlass) and Chevy (a 1965 Bel Air that I purchased for $5 and a six-pack of Old Style beer), and I can attest to the fact that oil leaks were commonplace, particularly after 70,000 miles. What’s more, fuel pumps and oil pumps of the day were expected to die at 70K, thanks to a clever concept known as “planned obsolescence.”

So, yes, you could say I’m happy with the sturdy reliability of the Honda Odyssey. It made multiple roundtrips from Chicago to Florida, as well countless college treks to Iowa, Minnesota and central Illinois, without ever breaking down.

I suspect my car isn’t alone, however. Vehicles of all makes -- from the U.S., Japan and Europe – offer better reliability today than they did in the 1970s, 1980s and 1990s. Engines, transmissions, pumps, tires and myriad other parts last longer. Sure, there are reliability issues – electronic gadgetry is probably the most notorious – but the majority of today’s problems are less likely to leave drivers stranded on the roadside.

We want to hear about your reliability experiences. What are your best and worst vehicles? How many miles did they travel? In a readership of more than 100,000 engineers, we’re sure to hear some great stories. Tell us yours in the comment space below.

Explore the Smart Manufacturing Revolution! Smart manufacturing is redefining your industry - and it's here to stay. Robots are becoming smarter and complex systems are connecting to provide unprecedented flexibility, insight, and efficiency on the factory floor. It's not a matter of if to adopt, it's when. And you can see it all in perspective at Pacific Design & Manufacturing, Feb. 7-9, 2017, at the Anaheim Convention Center. Register Today!