Lighter automotive materials and hybrid engines are two engineering approaches towards meeting the Obama administration's goal of 54.5 mpg CAFE standards for automakers by 2025.

The Obama administration has cut its 2025 fuel economy target for automakers from 56.2 miles per gallon to 54.5 mpg. Shaving 1.7 mpg from the goal is apparently garnering early positive response from Ford, GM, Chrysler, Honda, and Hyundai.

This post isn't going to focus on the proposal. Rather, I'm posing the salient engineering question: How do we get there? We're pretty much already capable of building 40 mpg vehicles, by paring weight through use of lighter materials and using advanced hybrid power plants. I'm not going to get into the issue of the poorer crashworthiness attendant to lighter bodies. Nor do I want to debate the still-moving target of how one defines "fuel" economy for plug-in electrics. Both are important issues, but subjects for separate posts.

My point is, while 40 mpg is mostly achievable, the 50-plus mpg benchmark is, to force an analogy, a gas station too far. Still, if we attack the challenge on multiple fronts, we can get close. Listed below are the areas we'll have to attack. 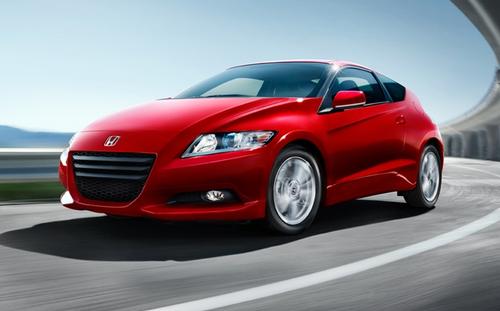 Materials: This is probably the single most important component in making 54.5 mpg CAFE. Of course, while fiber-reinforced components could significant cut the weight of cars, they'd also send costs soaring to prohibitive levels. I'm oversimplifying, but beyond advanced plastics, many lighter materials pose the same problem. It's possible that some useful advances will come out of the Department of Energy's Vehicle Technologies Program.

Form Factor: Smart car or highway cruiser? On the design side, the question of which provides greater economy answers itself. In terms of what consumers will buy, not so much. This dichotomy is the root cause of automakers' history of fiddling around with their fleets -- e.g., some high-mileage Fiestas alongside numerous F150s -- to conform to CAFE standards.

Powertrains: What's the balance between the size of the gas engine and the electric motor? Are train-like cars (the engine drives a generator, à la the Chevy Volt) really viable, or just a way to allow manufacturers to send paperwork to the government that they're building 93 mpg(e) equivalents?

Tires: Low rolling resistance like we've never seen before, and nitrogen-fill mandatory. What else do we need to do here?

Fuel: Wikipedia has an interesting table showing gasoline gallon equivalents (GGEs). Diesel and biodiesel are roughly equivalent to gas in terms of BTU/gallon. Liquid and compressed natural gas possess far less stored energy per unit. I'd be interested to compare the BTU/unit weights of CNG versus gas. All this relates to the weight issue, which in turn effects achievable mileage.